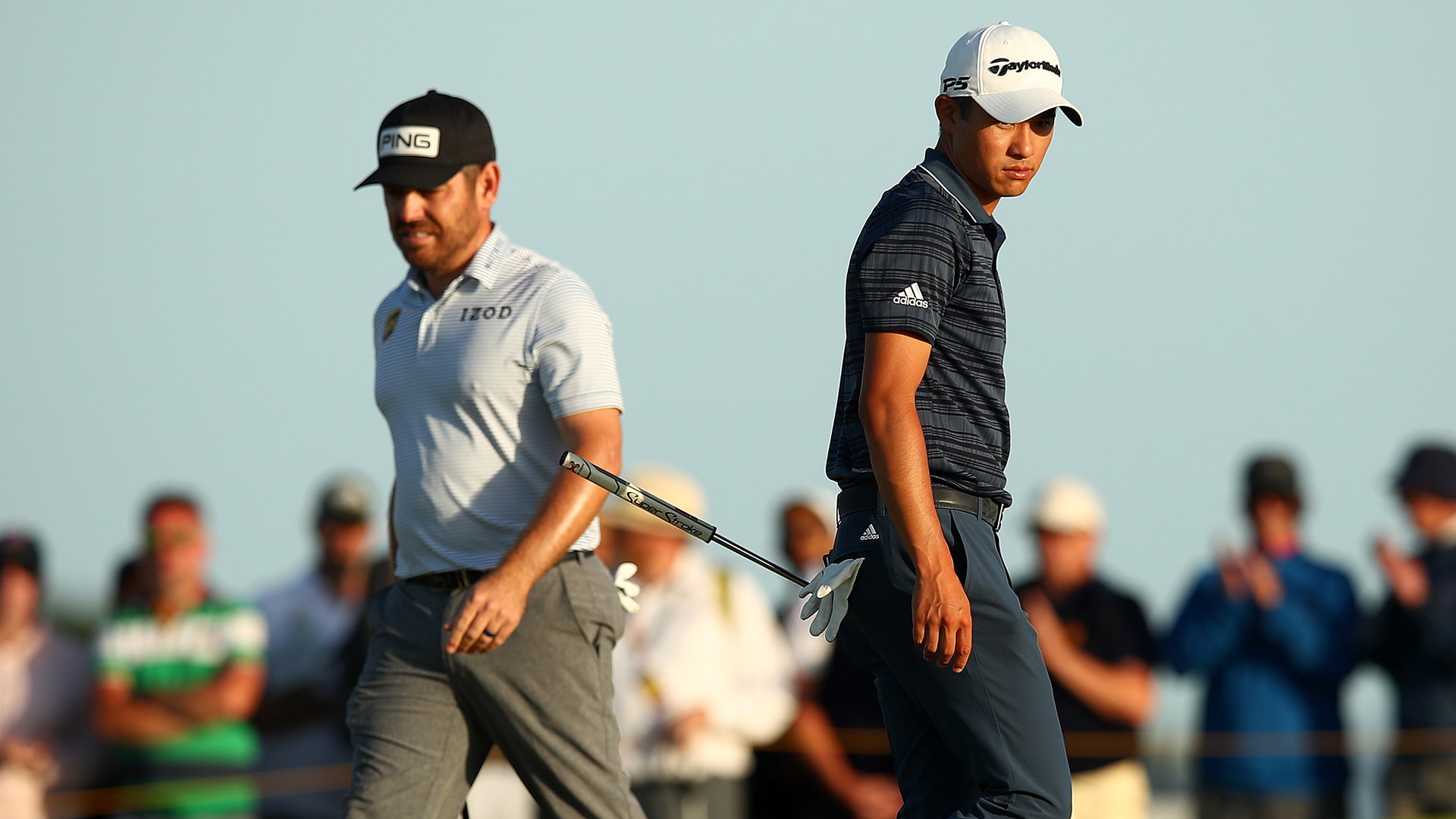 Will Louis Oosthuizen's torrid major run finally result in another claret jug? Will young Collin Morikawa win his second major? What will it take for Jordan Spieth to orchestrate a comeback? Does anyone else have a shot?

With just 18 holes left at this Open Championship, our GolfChannel.com writers try to predict the next Champion Golfer of the Year:

REX HOGGARD: Louis Oosthuizen. Asked what he might have learned during his runner-up finishes at this year’s PGA Championship and U.S. Open that could help him on Sunday at Royal St. George’s, the South African laughed and said, “Go one [shot] better.” Oosthuizen didn’t have his best stuff on Saturday at The Open, but he was still able to post an under-par score (69) to take a one-stroke lead into the final round. Maybe even more impressive is how he rebounded from a tough stretch late in the round. Following bogeys at Nos. 11 and 13, Oosthuizen scrambled for par at the 14th hole and birdied the 16th hole to maintain his advantage and prove that he has the ability to “go one better.”

RYAN LAVNER: Collin Morikawa. What makes the final round so compelling is that each of the top 3 contenders has his faults: Can Louie finally close? Will Spieth keep the demons at bay? Morikawa has his question marks, too, but he’s the best iron player in the world and has shown throughout his young career (and again this week at Royal St. George’s) that although he’s a streaky putter, he can still make his fair share. His early wobbles Saturday heightened his focus, and he soon returned to the robotically perfect golf that’s defined his meteoric rise. As good as he’s striking it, it’s easy to see that 68 being his worst score of the week.

BRENTLEY ROMINE: Jordan Spieth. I'd much rather he have made that par putt on the last hole Saturday, but alas he'll begin Sunday three behind. That's nothing. If Spieth can string together a few early birdies and catch Oosthuizen and Morikawa by the turn, he's got the links skill – and more importantly the guts – to get the job the done at Royal St. George's. We can only hope he provides as much excitement as he did four years ago at Birkdale. That would be a treat.