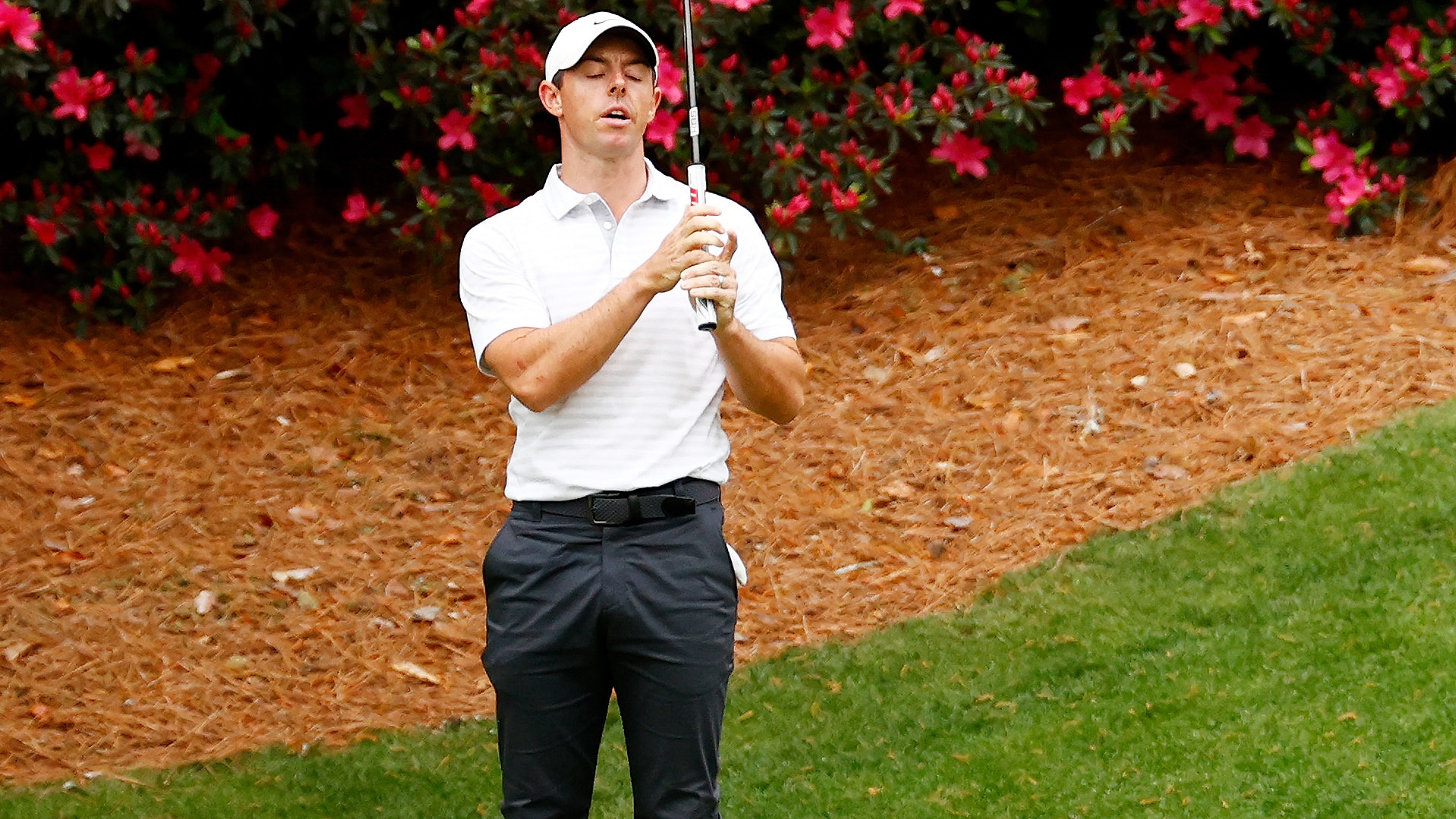 AUGUSTA, Ga. – For just the second time in his Master career, Rory McIlroy has missed the cut at the year’s first major.

McIlroy finished at 6 over par and three strokes outside the cut. He opened with a 4-over 76 and wasn’t much better on Day 2, with a 74 to miss the cut for the first time since 2010.

Although McIlroy recently began working on a new swing and he has struggled with his game the last few weeks, he appeared to bottom out at No. 10 on Friday. From an extreme downhill lie he shanked his approach shot into a row of bushes right of the fairway on his way to a double bogey-6.

McIlroy declined to speak with the media following his second round but on Thursday he explained some of the challenges he’s facing in his transition to a new swing.

“Any time you're working on things with your swing, it's going to feel very different, but it's not as if I haven't done these things before,” he said. “It's like you get into these bad habits and that feels normal, and then you get it back into position where I've been a million times before and it just feels a little different.”

The Masters Tournament is the only major championship that McIlroy has not won, as he continues his pursuit of the career Grand Slam.