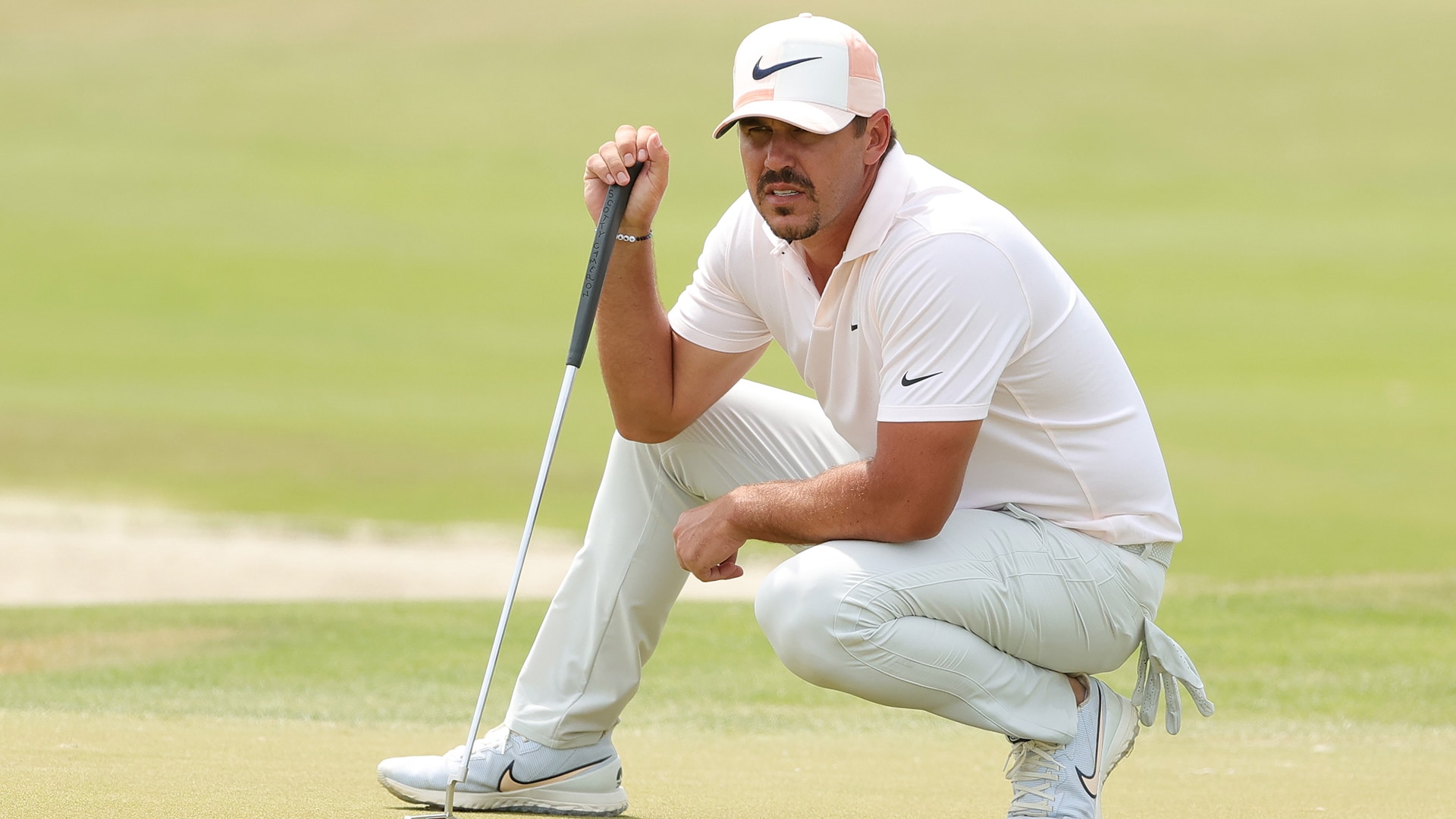 KIAWAH ISLAND, S.C. – Maybe it was a three-putt from the fringe on the 18th hole. Maybe it was frustration from a round he thought could have been lower. Either way, Brooks Koepka wasn’t happy with his putting following the third round of the PGA Championship.

“That was the worst putting performance I think I've ever had in my career," Koepka said following a 2-under 70 that left him alone in second place and a stroke off the lead. "Can't get much worse. I thought 70 was about the highest I could have shot today.”

Statistically, Koepka's Day 3 performance on the greens wasn’t even his worst putting round of the week. Koepka gained 0.087 shots on the field with the putter on Saturday. He lost 0.784 on Friday at Kiawah Island, but his frustration was understandable. He lipped out for par at No. 6 from 3½ feet and missed a 6½-footer at the last for par. He also ranks 38th in the field in strokes gained: putting and needed 31 putts on Day 3.

When asked if his struggles had more to do with the speed of the greens or his own stroke, Koepka said, “Both.”

“I don't know why I felt like I made a big enough stroke, it was just maybe felt a little slow. This putting green I think is a little faster than the greens today,” he said. “From inside 10 feet I'm usually banging it in the back of the cup. If it misses it's going 3, 4 feet by. I didn't have any of those, so obviously it's a speed issue and not trusting it.”