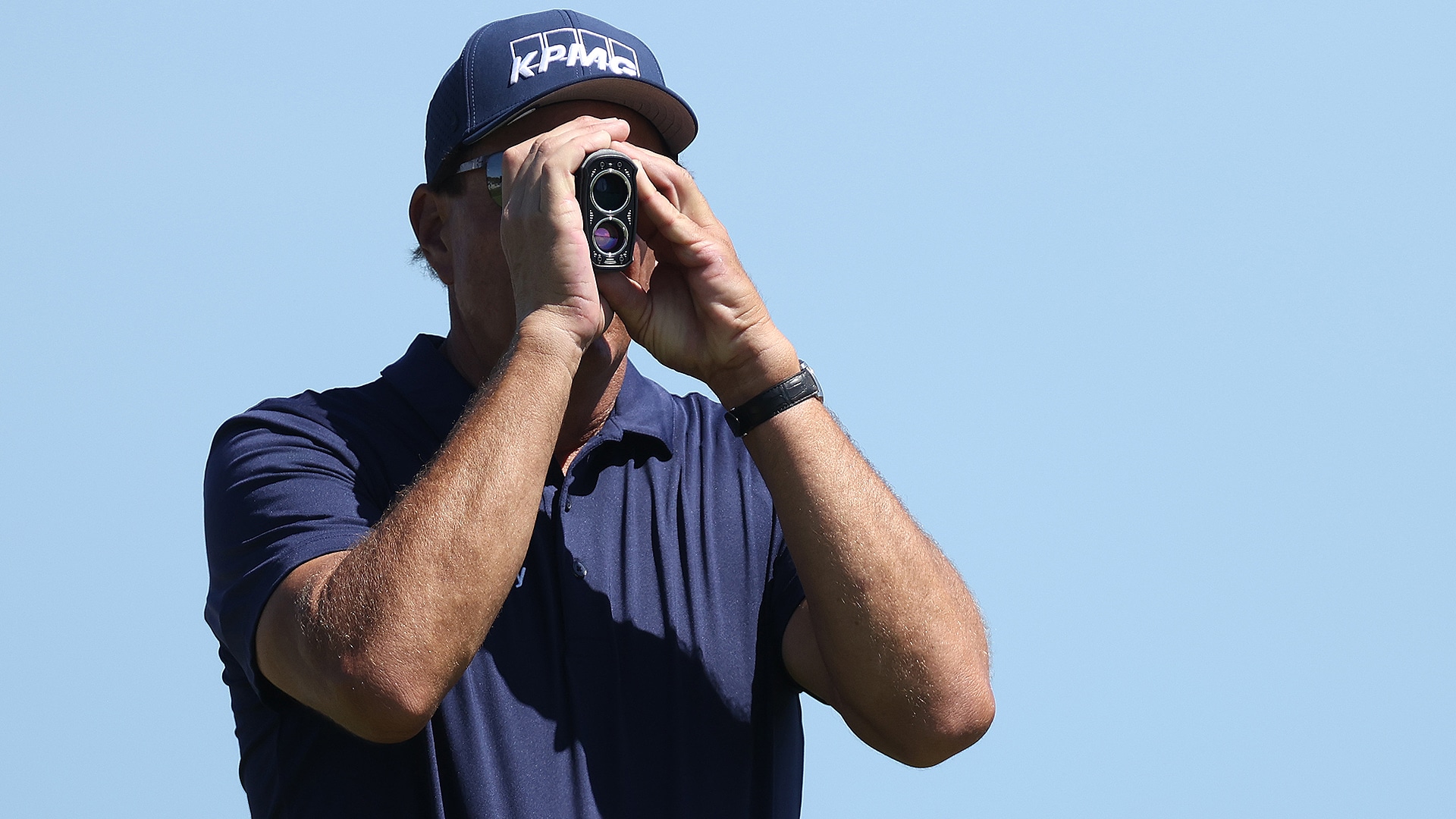 As Jon Rahm described the difficult conditions Thursday at the PGA Championship, he couldn’t help but take a playful shot at one of his peers in the group ahead.

“Hey, Phil shot 4 under on the back nine, so anything is possible,” quipped Rahm, who put together an uneventful even-par 72 that featured just two birdies and two bogeys split evenly between the Ocean Course’s two nines.

Of course, that’s relative to the wild opening round that belonged to Phil Mickelson. The 50-year-old lefty bested Rahm by two shots, though his first-round 70 included just eight pars.

Mickelson, without a major top-10 since his runner-up to Henrik Stenson at the 2016 Open Championship, began his day with four bogeys in his first six holes. However, he righted the ship by playing his final 12 holes in 5 under, including posting a bogey-free 32 on the more penal back nine, which featured seven of the 10 most difficult holes in Round 1.

“That was really where I made up a lot of ground on the field because those are tough holes back into the wind,” Mickelson said of Kiawah’s back nine, “and I would have been happy playing them in even and getting in at even par, not doing too much damage.”

Instead of shooting himself out of the tournament, Mickelson is sitting pretty at T-8, just three off the first-round lead set by Corey Conners. But about nine months removed from his last top-10 anywhere, Mickelson knows that despite his progress he can’t afford much less than his best over the next 54 holes.

The guys out here are so good, they are so talented,” Mickelson said. “The course setups are very penalizing that you've got to be focused every shot, and if I lose my focus on any holes out of 72, the field here is going to eat me up.”