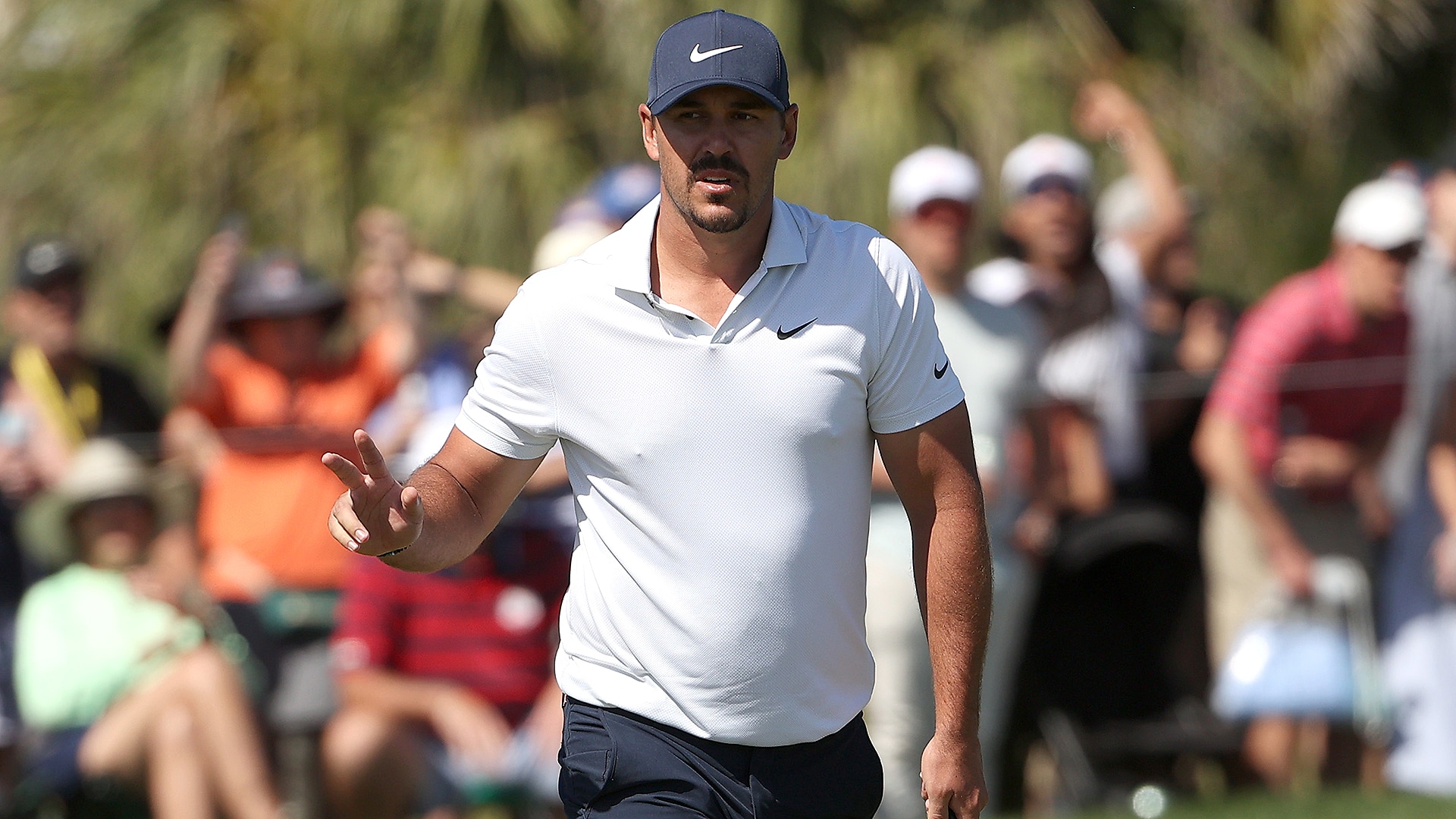 KIAWAH ISLAND, S.C. – The Ocean Course has presented the stiffest challenge of the year, with 5 under leading at the halfway point, just 18 players under par and several scores in the 80s. But Brooks Koepka said navigating this brute is nothing compared to what he’s dealt with the past two months while recovering from a dislocated right kneecap.

“This was all easy,” he said Friday night. “Everything I did in rehab was a hell of a lot harder than that. [My doctors], they know what I went through. Maybe nobody else really does, but it’s a grind.”

So is this PGA Championship, where Koepka holed a 10-footer for par on the last to preserve his 1-under 71 and put him just a shot off the lead heading into the weekend. At 4-under 140, he’ll play in the penultimate group Saturday, just behind Phil Mickelson and Louis Oosthuizen.

“I would have been pretty disappointed with even par,” said Koepka, who gave himself a C-plus for the day. “I would have felt like I could have played a lot better. But 1 under in these conditions, it’s OK.”

Koepka made two eagles in the second round, the first coming when he pulled his drive into a bush on the par-5 seventh. He chased an 8-iron onto the green and holed a 40-footer for an unlikely eagle-3. His eagle on 11 was far more conventional – he drained a 20-footer (and then made birdie on the next) to move to 3 under for the day and 6 under overall, in a tie for the lead. Turning back into the wind, he bogeyed Nos. 15 and 17 to drop one back.

Afterward, he was in little mood to chat. Asked about his motivation in the tough conditions, he said: “It’s a major, man. It’s going to be tough, especially with the wind blowing. It doesn’t matter; just go out and go play.”

With the sun setting he still managed to squeeze in a quick range session with coach Pete Cowen. He said his injured right knee, still just two months removed from surgery, felt better because of his position. On deck tonight: more ice and work with his trainer.

“I did stuff before we came out to play,” he said, “so I got all my rehab done earlier.”

That’s the grind that doesn’t end at the course.