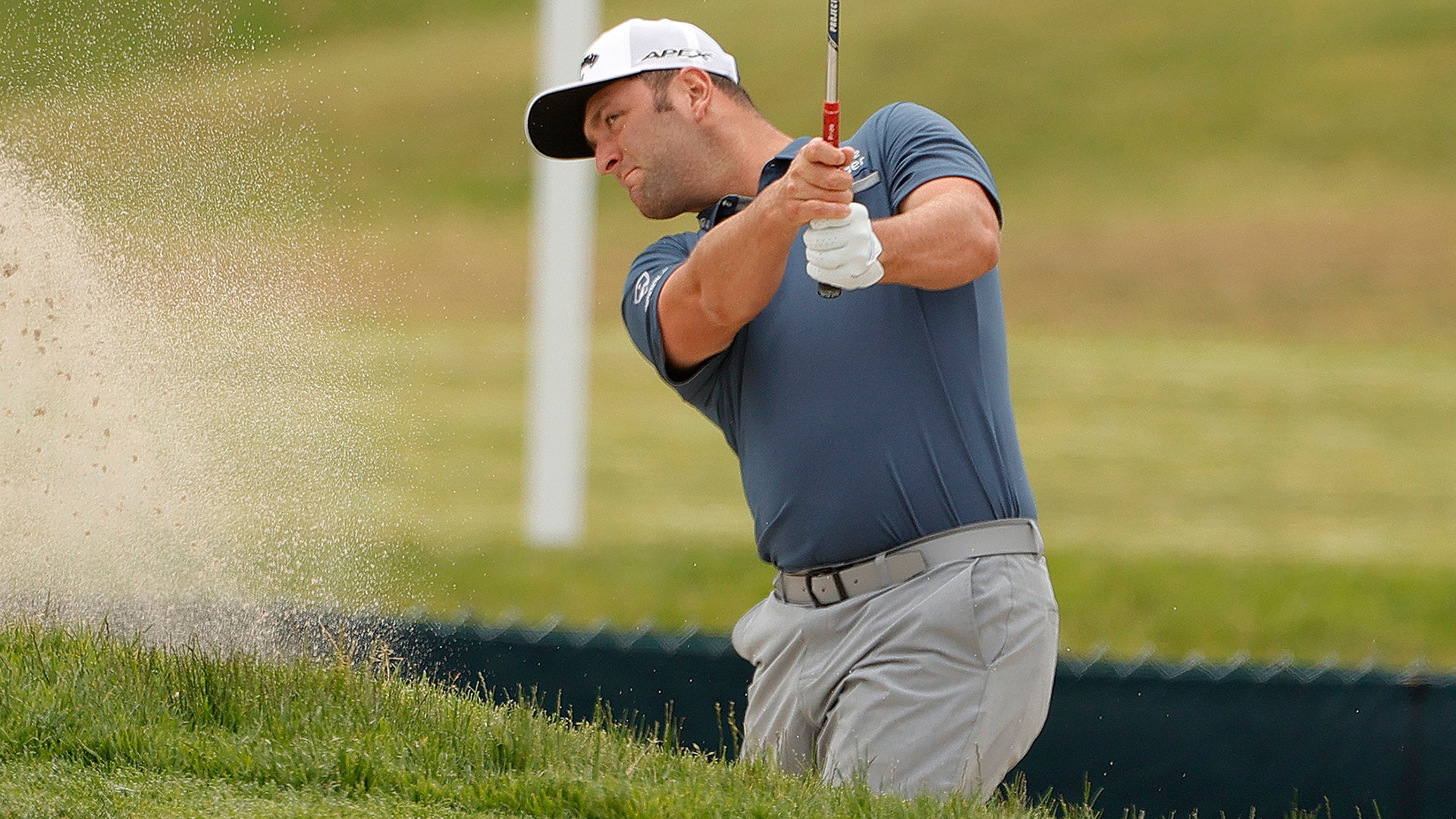 SAN DIEGO – Jon Rahm spent the last 10 days watching television, thinking and trying to prepare as best he could for this week’s U.S. Open after he was forced to withdraw from the Memorial with a six-stroke lead.

What he didn’t do as he quarantined in Scottsdale, Arizona, is spend time thinking about what could have been.

“I just tried to really spend as much time in the present as possible,” Rahm said on Tuesday at Torrey Pines. “It was really easy when you're laying in your bed to go back and forth, what could be in the future, what could have been in the past. A lot of meditation and mindful reading and trying to stay in the present …. trying to understand what that experience was for and trying to learn from it.”

Rahm was forced to withdraw from the Memorial with a record 54-hole lead after testing positive for COVID-19. CDC and PGA Tour guidelines require 10 days of quarantine after a positive test, but the Spaniard was able to return two negative tests within 24 hours to cut that time short. Had he not recorded the negative tests, Rahm wouldn’t have been allowed to arrive at Torrey Pines until Tuesday.

“I was like, all right, at least I can go hit some balls and get ready starting a little bit earlier because otherwise today at 7 a.m. was my 10th day, and I would have had to have flown in this morning,” Rahm said. “I would have felt a little bit under-prepared. At least starting [last] Saturday, I can get on a bit of a roll.”

"Truth is, I was vaccinated. I just wasn't out of that 14-day period. I had started the process, and unfortunately, that's how timing ended up being," Rahm said.

“Looking back on it, yeah, I guess I wish I would have done it [vaccination] earlier, but thinking on scheduling purposes and having the PGA and defending Memorial, to be honest it wasn't in my mind.

“I'm not going to lie; I was trying to just get ready for a golf tournament. If I had done it a few days earlier, probably we wouldn't be having these conversations right now.”

As for the fallout from his WD and the various opinions on how things should have played out, Rahm placed no blame on anyone.

“Unfortunately, I had a really good showing, and I was pulled out of the tournament right before the final round, but, again, the PGA Tour did what they had to do,” Rahm said. “I've heard a lot of different theories: I should have played alone; I shouldn't have – that's nonsense. The rules are there, and it's clear.”

World No. 1 Jon Rahm tested positive for COVID-19 the first week in June and again last week, preventing him from going to Tokyo.

The field for the men's Olympic golf competition took another hit when Jon Rahm withdrew after a positive COVID-19 test.