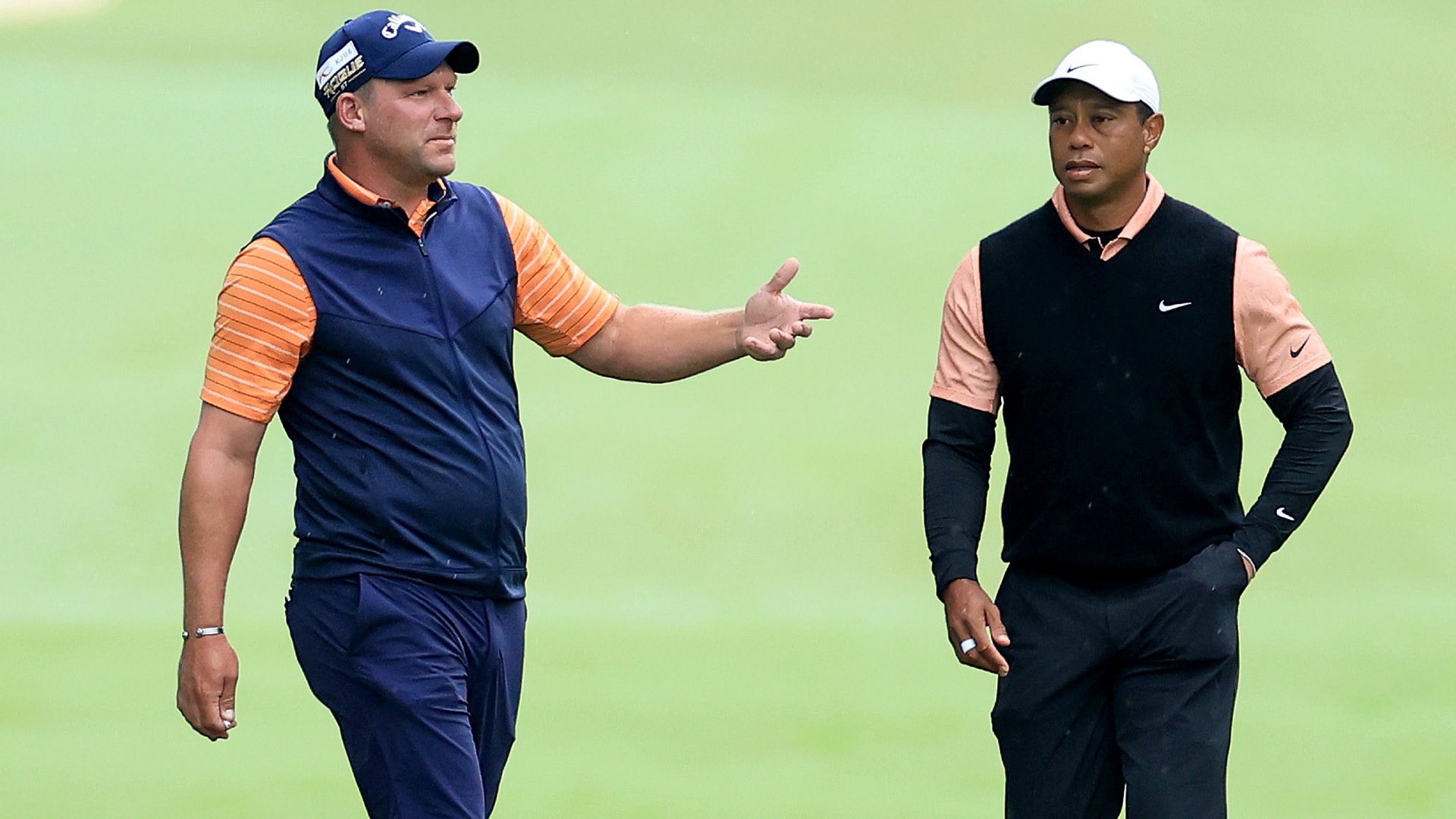 TULSA, Okla. – There’s a question now of whether Tiger Woods will show up for work Sunday at the PGA Championship. He’s sore. He has hours of treatment ahead. And after consulting with his team, he’ll “see how it goes.”

If he pulls out of the PGA, it’d be Woods’ first withdrawal from a major since his first U.S. Open, in 1995, when he sprained his left wrist while hacking out of the Shinnecock rough. He’s never quit during a major as a pro – not through knee pain, not because of back issues, not while in the midst of personal turmoil. But these are unusual times, even for the oft-injured Woods. It’s been equally inspiring and uncomfortable watching the limping legend play for little more than pride.

Shaun Norris saw it up close Saturday at Southern Hills, all 79 of Woods’ pained strokes. The 40-year-old South African has made three cuts in a major, and twice now he has been paired with Woods on the weekend. It’s been one of the great pleasures of a well-traveled career.

Their first encounter was at the 2018 Open Championship. A mountain of a man at 6-foot-2 and 200 pounds, Norris ripped heaters while watching Woods eviscerate Carnoustie during a vintage 66. That round vaulted Woods into the lead for the first time in a major since his Hail Mary fusion surgery and signaled his intentions. Still in awe, Norris described Woods that day as a “mythical creature” who, if he didn’t win The Open, certainly would soon.

“Give it time,” Norris, who shot 69 that day, said then. “He’s definitely going to be at the top in a couple months’ time.”

And Norris was right: About a month and a half later, Woods won at East Lake for his first win in five years. The next spring, he captured his 15th major.

“It doesn’t matter how,” Norris said.

And the same lessons applied Saturday on a cold, windy, dreary day at Southern Hills, where two 40-somethings stood little chance to win but went to battle anyway.

Norris, at least, knew what to expect physically. As much optimism as Woods exuded at the beginning of the week, it was apparent early on that his body was betraying him in real time. And so, this PGA has become about small victories – victories that might be insignificant in the grand scheme of a major championship, but are deeply personal to Woods.

In the first round, he slogged through a 74 that would have caused a weaker man to withdraw.

In the second round, he rallied by playing his last seven holes in 2 under, maintaining a remarkable record that still shows more major victories (15) than major missed cuts (12).

And in the third round, he was skidding toward his worst career score in a major. Twice in his pro career he has failed to break 80, and he was 10 over for the day with five holes to play. Needing to dig deep, he rammed home a 36-foot birdie on the 15th hole to give him a little cushion, then he buckled down with a pair of 4-foot par-savers that kept him in the 70s.

“The determination that the guy has, it’s phenomenal,” Norris said. “You could see he was battling just to get the ball out of the hole from time to time, even to bend to put the ball on the tee. But pushing through it and getting focused at the right times is phenomenal.” 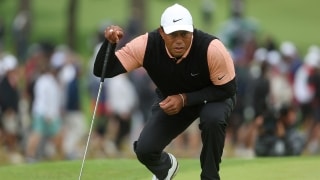 Perhaps it’s not a coincidence that Norris enjoyed the best season of his career after playing with Woods at Carnoustie. In 2019, Norris won once, had four runner-up finishes and approached the top 50 in the world ranking for the first time. Even now at an age when most experience a decline, Norris is thriving, winning in Johannesburg earlier this year and recording a few other top-10s in Japan. He entered the PGA at world No. 68.

“I learned a hell of a lot from him to take into my own game,” Norris said, “and I think since then I’ve grown a lot as well.”

Just as valuable will be his experience Saturday, with Woods in the nascent stages of another comeback.

“He’s such a phenomenal player, and you feel so sorry for him having to go through this,” Norris said. “But then again, you also see the type of person that he is: that he grinds through everything and pushes himself, even through all of the pain. It’s not easy to see a guy like him have to go through that and struggle like that.”

That’s why Norris still savored each moment, because it’s unknown how many more majors Woods will play.

“To have played in my lifetime in two majors with him, I can’t be more pleased and happy about it,” Norris said. “It’s a guy I’ve always looked up to. He’s been an idol. It was a great pleasure to actually experience that.”

After they first played together, Norris asked Woods to sign four gloves – for his best mates back in South Africa, and one for himself, as a keepsake. A friend also gave Norris a photo of himself on the tee, with Woods in the background, just two competitors in the heat of battle, fighting for the same trophy. Norris plans to have it all prominently displayed in the cigar bar in the new house he’s building.

On Saturday, after their second round together, Norris didn’t feel the need for as many mementos. Just a signed flag, for his brother. He’d already tucked away four hours of professional memories that he knows will serve him well.