Following his win at last week's inaugural 3M Open, former Oklahoma State star Matthew Wolff has joined the Tour through the 2020-21 season. Morikawa has also accepted special temporary membership for the remainder of the 2019 season.

Wolff joined elite company following his maiden PGA Tour victory in just his third start as a professional. He became just the third player to win the NCAA individual title and a PGA Tour event in the same season, joining Ben Crenshaw (1973) and Tiger Woods (1996).

Morikawa finished runner-up to Wolff in Minnesota last week, and collected 245 non-member FedExCup points to add to his 89 non-member points he held prior to the 3M Open. The former Cal standout is now eligible for unlimited sponsor exemptions for the remainder of the season as he aims to earn his PGA Tour card for next season.

Morikawa is now the fourth player to earn special temporary membership for the Tour this season, joining Matthew Fitzpatrick, Lucas Bjerregaard and Doc Redman, who did so after his runner-up finish at the Rocket Mortgage Classic two weeks ago. 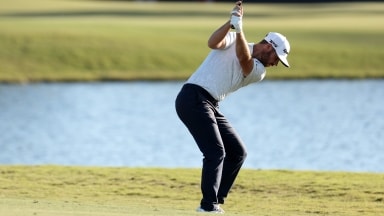 Matthew Wolff was leading the Houston Open on Saturday before making a double bogey on the 17th hole following a conservative play off the tee. 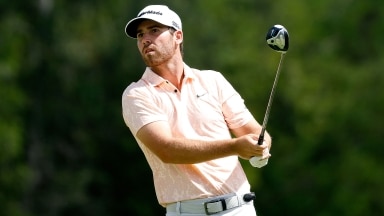 Wolff looks to end emotional year with a 'W'

Matthew Wolff is making his final start of the year and he'd love to complete his turnaround with another win. 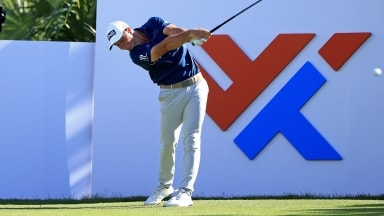 Hovland, the defending champion at this Mexican resort, hit a dart into the closing hole for the lowest score of his Tour career.