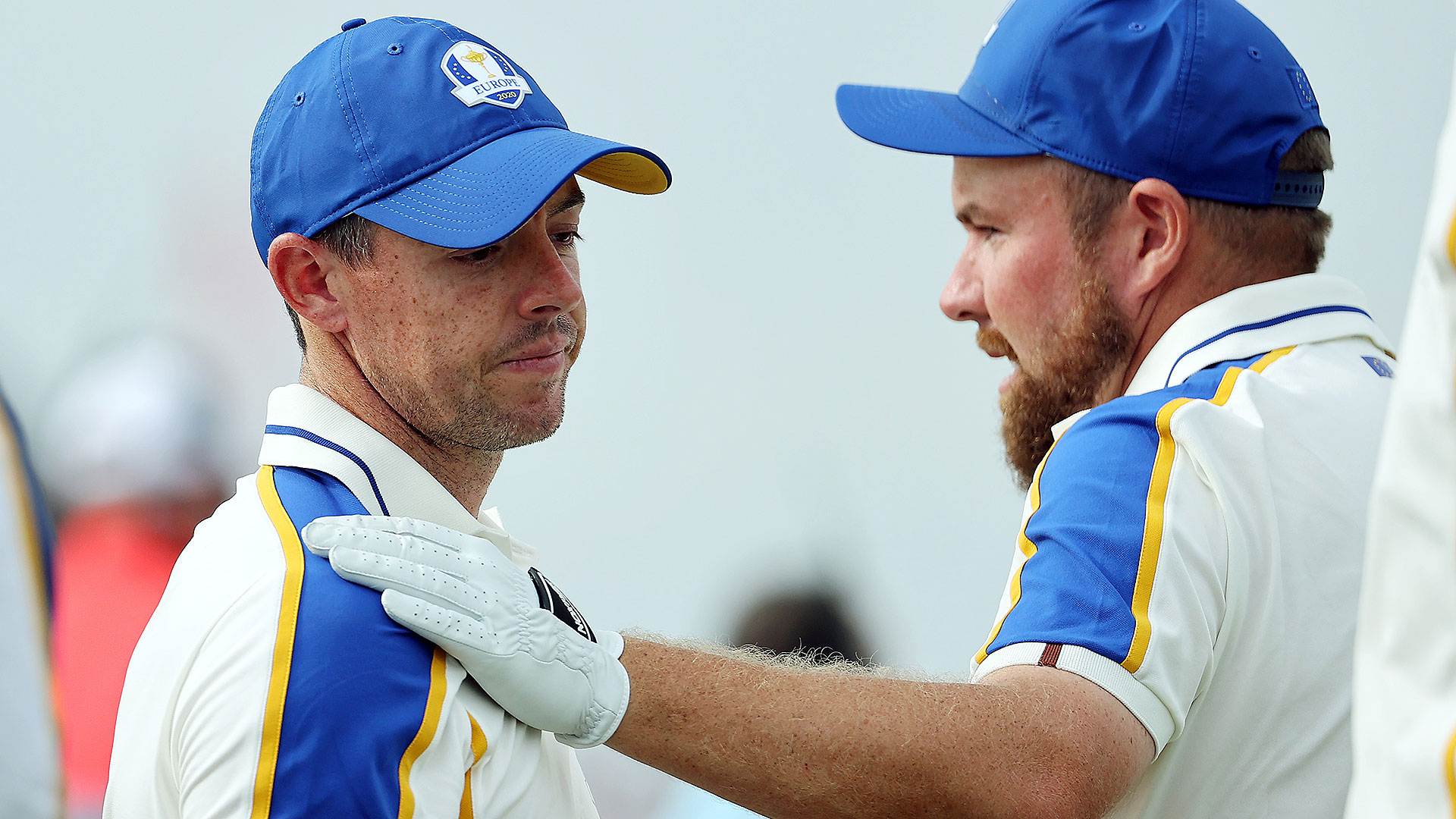 SHEBOYGAN, Wis. – With his best performance of the week, Rory McIlroy rolled over Xander Schauffele in Sunday’s first singles match. The 3-and-2 victory kept the Northern Irishman from going winless for the first time in his Ryder Cup career, but it did little to change Europe’s fortunes.

In an interview with NBC Sports following his victory, McIlroy explained how emotional the week has been.

“I’ve never really cried or got emotional over what I’ve done as an individual, I couldn’t give a s***,” McIlroy told NBC Sports. “But this team and what it feels like to be part of, to see Sergio break records, to see Jon Rahm come into his own this week, to see one of my best friends, Shane Lowry, make his Ryder Cup debut, all that is just phenomenal.”

McIlroy – who was also sent out in the first singles match at 2016 and ’18 Ryder Cups, but lost both of those bouts – birdied the first two holes and never trailed in his match. It was a dramatic change of fortune for McIlroy who was benched for the first time in his Ryder Cup career for Saturday’s foursomes session after starting the week 0-2-0.

"I’ve been extremely disappointed that I haven’t contributed more for the team," he said. “It’s been a tough week. The more and more I play in this event, I realize that it’s the best event in golf, bar none. And I love being a part of it. I can’t wait to be a part of many more.

"I don’t think there is any greater privilege than to be part of one of these teams, European or American.”

The U.S. team began the day with a commanding 11-5 lead and won two of the morning’s first three matches to move within 1 ½ points of winning the Ryder Cup.