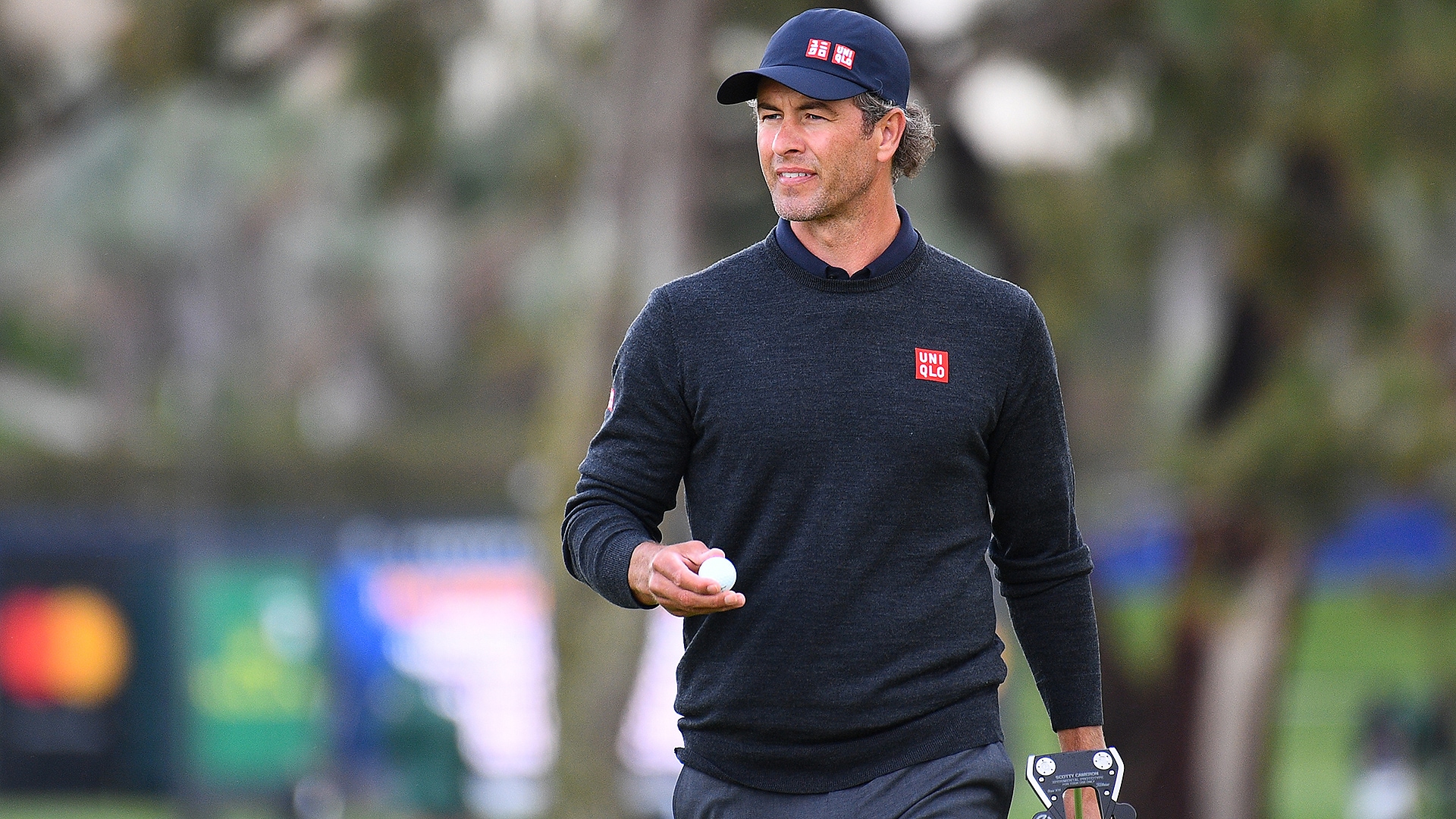 SAN DIEGO – Adam Scott joined the PGA Tour in 2002 and has played 336 events in his career, so it was a bit of a surprise that 2019 was the first time he played the Farmers Insurance Open.

The Australian would normally play late into the fall back home and he often took January off to recharge. That changed in ’19, when he finished alone in second place at Torrey Pines. He returned for his second start in the event this week and after rounds of 67-69 is tied for second place.

Perhaps he should have played Torrey Pines earlier in his career.

“Maybe, but hopefully I've got a few more years in me to take advantage of it, but I'd like to take advantage of the next two days given the position I've put myself in,” Scott said. “It's been a little while since I've kind of been right up there heading into weekends, so looking forward to what's to come the next couple days.”

Scott does have one other experience at Torrey Pines. During the 2008 U.S. Open on the South Course officials paired the then-world Nos. 1 (Tiger Woods), 2 (Phil Mickelson) and 3 (Scott) for the first two rounds.

“It's a strong, strong memory in my career. Outside of my own performance in winning, it's right up there in special moments,” said Scott, who tied for 26th at the ’08 U.S. Open. “The atmosphere for the whole 36 holes that I played with Phil and Tiger was incredible, but Thursday morning the energy around the first hole was like I can't compare it to anything else actually. It was not even like teeing off at the Masters or anything like that.”