Svensson (61) flirts with 59 to rocket up leaderboard at Wyndham 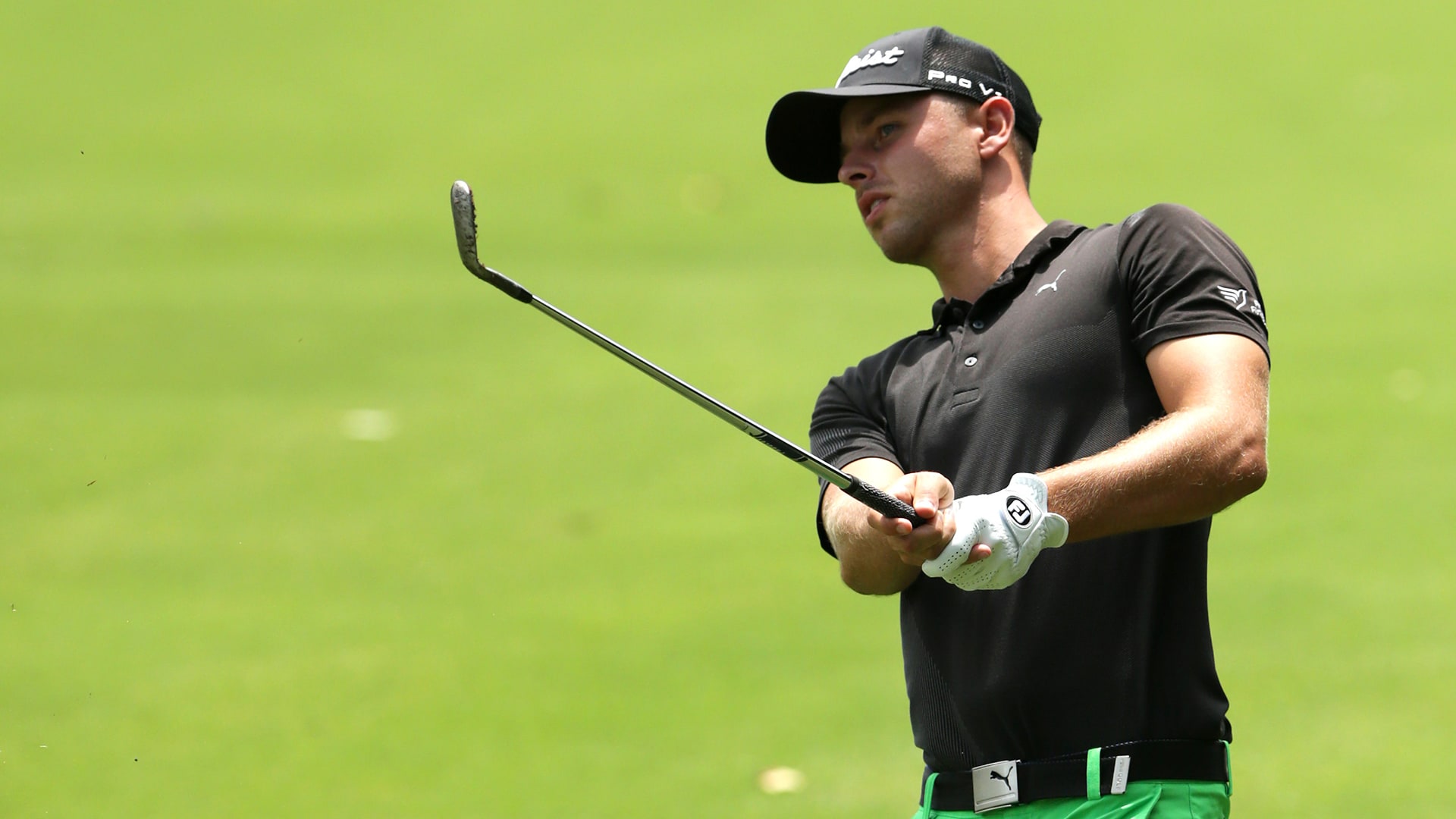 GREENSBORO, N.C. – There’s never a bad time to flirt with a sub-60 score on the PGA Tour, but Adam Svensson’s sense of timing at the Wyndham Championship could be especially helpful as he looks to save his card.

The Canadian has struggled during his rookie season on Tour, finishing no better than T-15 at last month’s 3M Open, and he started the regular-season finale 171st in the points race with a trip to the playoffs a long shot. That changed dramatically Friday at Sedgefield Country Club, where Svensson flirted with 59 before settling for a 9-under 61 that gave him a share of the lead at 11 under when he signed his card.

“Obviously I came into this week, I was talking to Danny, my caddie, who said, ‘You know what? Go out and just no pressure, just go out there and play and see what we can do,’” Svennson said.

That approach added up to seven birdies during a front-nine 28, and after rolling in another putt on the 13th green he needed just two birdies over his final five holes to tie the tournament and course scoring record set last year by Brandt Snedeker en route to victory. While he closed with five straight pars instead, including a 5-foot birdie miss on No. 14, it’s still an especially timely round for a player fighting for status.

“(No.) 13 was where I was kind of like, all right, I’m 9 under par and there’s still five holes and a par-5,” Svensson said. “I was actually pretty calm. I thought I would be a little more nervous than I was.”

The key to Svensson’s turnaround is easy to spot, given he entered this week ranked 196th on Tour in strokes gained: putting. But the putter cooperated during a round where he holed more than 132 feet of putts, compared to just 42 feet of made putts during an opening 68. The improvement has roots in a grip change, as Svensson switched to the claw this week for the first time in two years.

Svensson likely needs at least a top-3 finish to have a chance to crack the top 125 in points and save his card, so there’s plenty to play for over the weekend. But he hopes to put to use the tough lessons he took from the Sony Open in January, where he opened with a 61 but eventually faded to a T-43 finish.

“I think I learned a lot from the Sony Open, shooting 61 as well,” he said. “I just played too aggressive trying to get out front. Tomorrow I’m just going to play my normal game.”