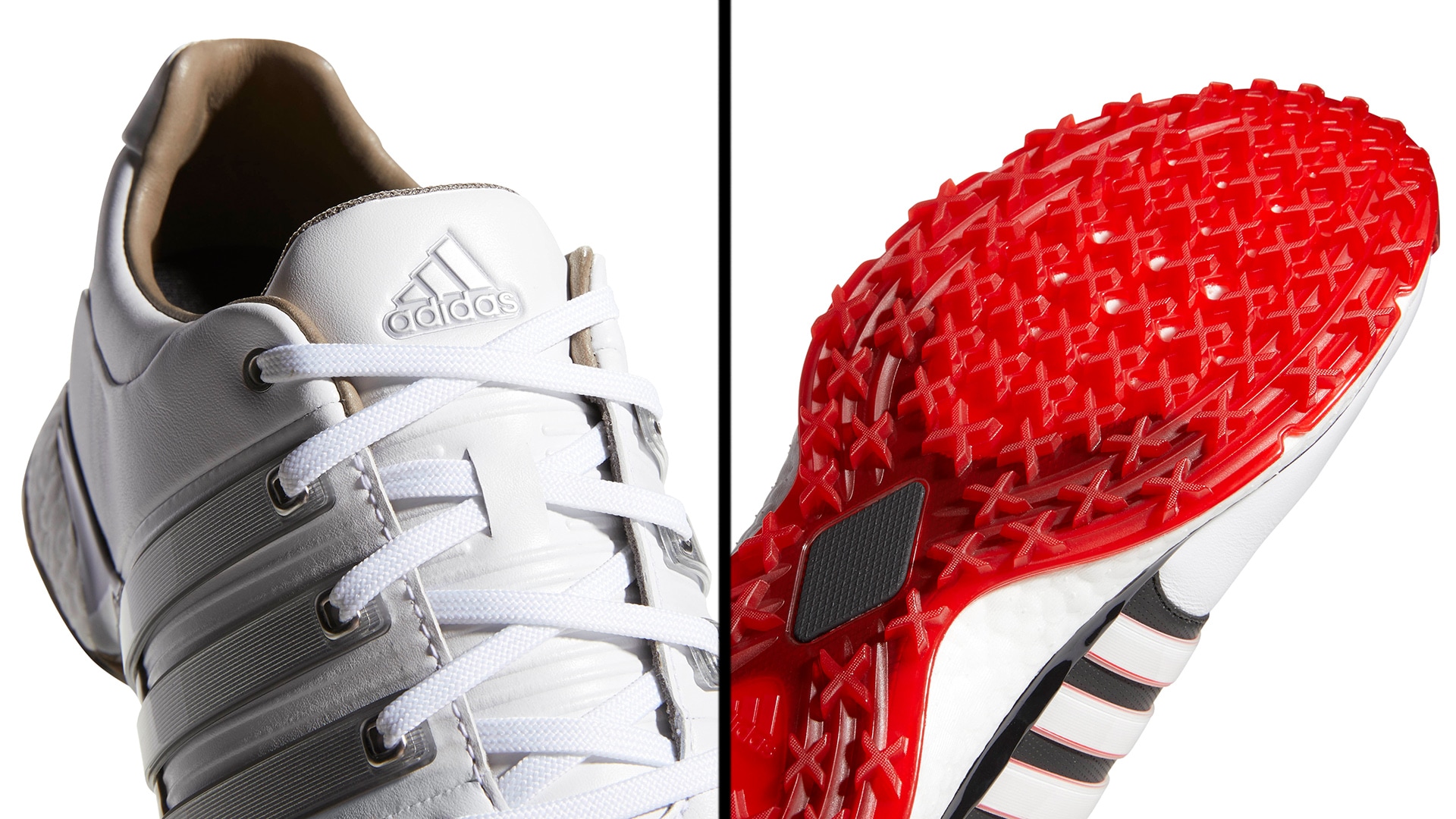 The new footwear earns its name due to the X-shaped traction system (X-Traxion) on the outsole, which provides multi-directional grip during the swing. These X-shaped lugs provide more stability and can react with better traction through uneven lies due to their eight-sided touch points with the ground. Players will be able to feel even more locked in throughout the swing as a result, allowing the lugs to react to any conditions a player might encounter. The underlying thread between all three models is this X-shaped traction system to provide the best grip without sacrificing any comfort.

“We wanted to make the highest performing spikeless shoe in the industry,” said Masun Denison, global footwear director for Adidas Golf. “We tested all shapes and configurations and found that the X-shape, along with a rubberized TPU outsole, provided unmatched grip, stability, flexibility and performance. The X-shape also increases ground contact and provides more comfort on all surfaces.”

The TOUR360 XT SL also features full-length BOOST cushioning and the X-Torsion system in the midfoot for improved stability. The XT has BOOST cushioning, as well, to go along with a rich premium-leather upper.

Availability: Exclusively on adidas.com beginning on Jan. 28, and worldwide on Feb. 1.