After life-changing week thanks to Keith Mitchell, Harry Higgs continues spiral up ST. SIMONS ISLAND, Ga. – Two weeks ago following an inspiring second-round 62 at the World Wide Technology Championship, Harry Higgs talked about allowing himself to “spiral upwards” and embrace the moments when things are going well.

He faded on the weekend in Mexico and finished T-32. However, thanks to another solid second round at the RSM Classic, he gets another chance to spiral upwards.

Higgs moved into a share of the lead with a bogey-free 63 Friday on the Seaside Course and conceded that his weekend in Mexico was a crucial learning opportunity.

“I start [last Saturday] kind of crying and whining that things aren't going my way and I'm hitting poor shots. No one cares if you're hitting poor shots other than me, my family and my brother who's my caddie,” Higgs said. “I didn't do an awesome job throughout the weekend on every shot, which you're never probably going to do it on every shot of getting comfortable and basically just telling myself this is what I want to have happen.”

Higgs went so far as to deem his week in Mexico career-changing, a nod to both his play and the opportunity given his limited status on the PGA Tour following a difficult 2021-22 season.

“I need to stop and give a thank-you to Keith Mitchell, who's a great friend of mine. With World Wide Technologies, they're a sponsor of his, he pretty much pushed it through that I would be playing that event on a sponsor exemption,” Higgs explained. “I feel like it's really close to having changed my career. Just what I learned there about myself, what I put into play, how I executed it has led me to now this point through two days. Hopefully you fast forward another couple days and it's a win that obviously changes my life and my career.” 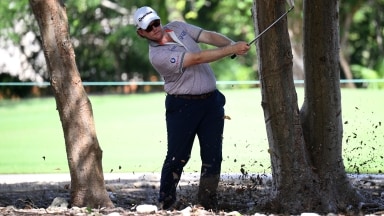 Higgs may have 'unlocked' game at Mayakoba

During his last two rounds, Harry Higgs, who tied a career low by shooting 62, felt a difference on Friday and he isn't the only one. 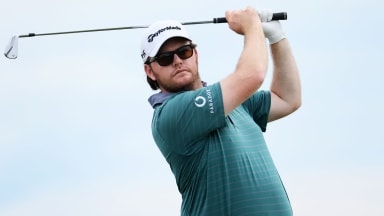 Higgs (64) in mix for first time since Masters

Following his own advice, the Bermuda sunshine took Higgs' game out of a dark place, as he shot an opening 7-under 64. 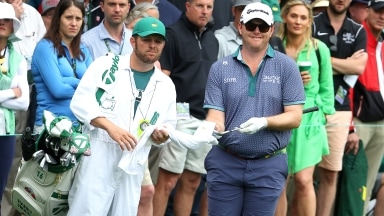 For Harry Higgs the weather delays and limited practice time this week forced his team to find a more creative way to prepare.