After losing limbs in Afghanistan, Rick Cicero making a difference in club fitting 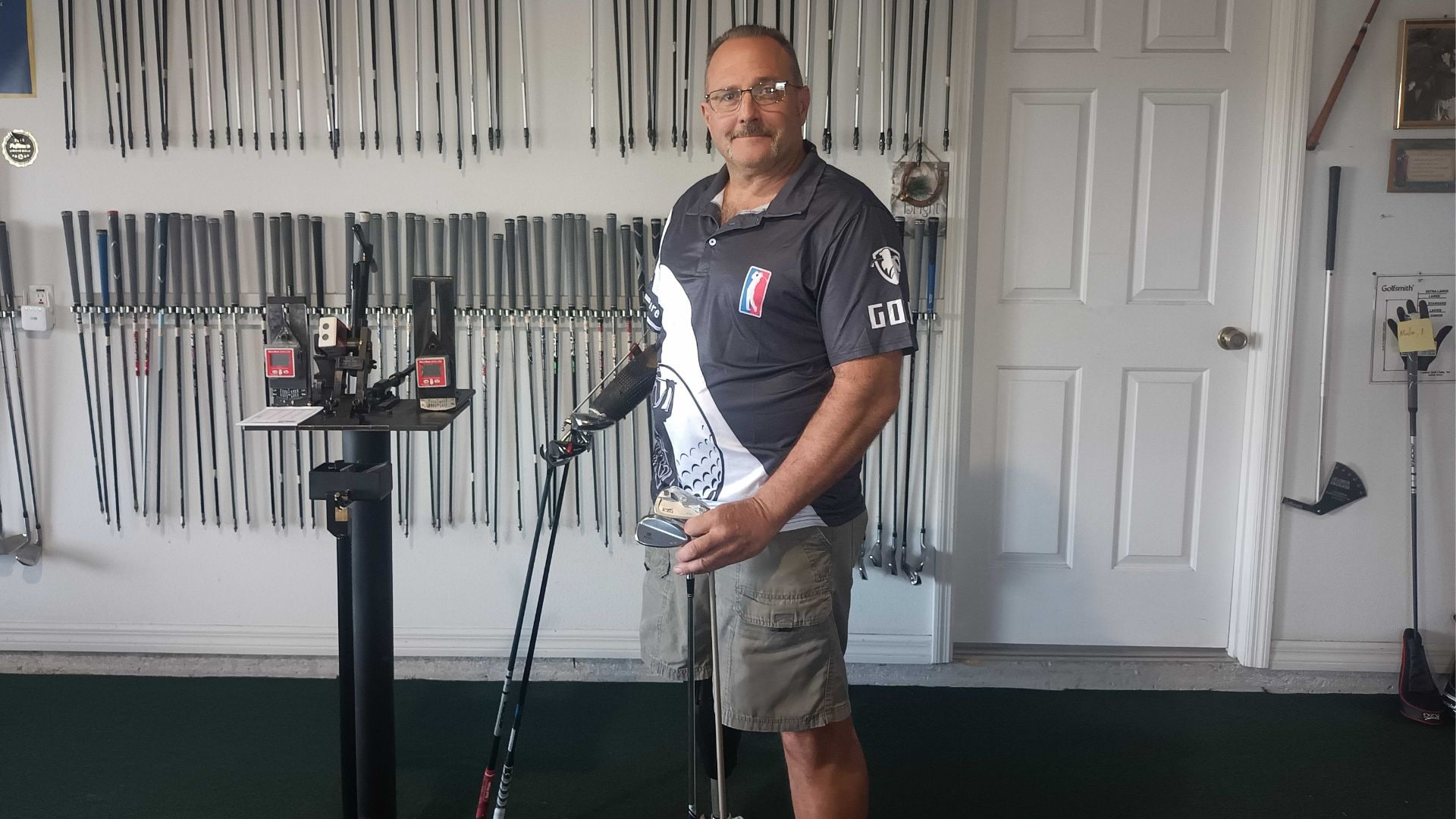 No matter the way, it’s always been about serving the community for Rick Cicero.

The 53-year-old from Connecticut who now lives in Weeki Wachee, Florida, spent a large chunk of his life in the military and the police force. In 2006, while training with a K-9 unit, a 90-pound dog crashed into his right leg and severely injured his knee. He retired from the police force and returned to serve in the military, specializing in detection dogs.

In August 2010, while serving in Afghanistan, Cicero detected an explosive device, which he stepped on. Though the explosion resulted in the loss of his right arm and leg, it didn't take away his ability and desire to help others.

Golf has always been a part of Cicero’s life. His grandfather and father were avid players and the sport was a way to spend time together.

Cicero’s late father, Dick, didn't understand why he could only successfully hit half the clubs in his bag. Dick was an engineer before becoming a policeman, and aside from golf, one of his hobbies was building hot rods. After Dick retired from the police force in 1994, he went to school to become a club builder and started his own company — Pin High Enterprises. Dick eventually became one of the world's top 100-ranked club builders.

"As time went," Rick told GolfChannel.com, “my father always taught whatever he did, and he was really good about that.”

Dick passed away in January 2022, with several club builds unfinished. Just as Rick followed in his father's footsteps by becoming a first responder, Rick would carry on his father’s legacy with the next iteration of helping his community  — club building.

Rick worked in conjunction with a Coast Guard veteran to complete all of his father’s final builds. Afterward, he talked with Callaway and several other club manufacturers and they convinced Rick to keep the doors of his father's company open. Now called Pin High's Future, the company officially reopened in June. Roughly 40% of Rick's clients have disabilities that he helps resolve, and most are veterans, many of whom were wounded. 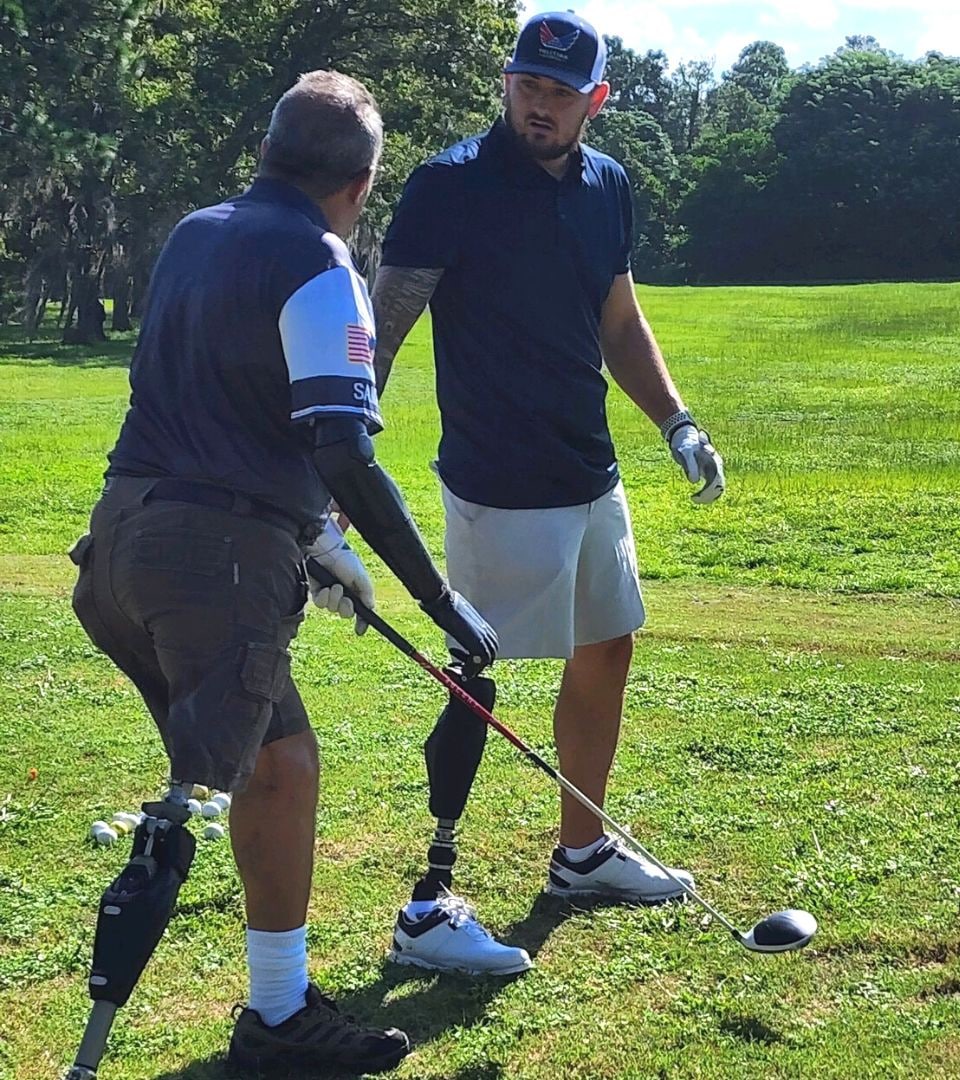 "We've reorganized the business," Rick said, "I got a new license and now to the pleasure of Callaway and myself, I am now the only Callaway builder that is (not on the Tour) that is a custom builder."

First, Rick finds out what club his client hits the best. Then, he uses Flight Scope technology with impact tape to create the best aspects for the individual. The technology's feedback gives Rick the optimum to adjust the swing weight. They have a series of shafts and heads with attachment tips, so Rick can determine the best fit for that golfer — at an affordable price. Once the evaluation is done, it takes roughly three to four days to build a set.

"We're not Dick's Sporting Goods, or Golfers' Warehouse, where you go and just pick out a set of clubs off the rack and walk out with them," Rick said. "But instead, you're gonna have a set of clubs that is custom built to you to your specific specifications."

The fitting must be done in person. Rick mentioned how recently he received a call from a man in Chicago, asking if he could send Rick his specs so Rick can build the clubs and ship them to the Windy City. But it was no can do.

"I can't build them on an evaluation someone else did that might be wrong,' Rick said. "And (the man in Chicago said), 'Well, you're losing a lot of money.' I said, 'You're right, but I have to protect my reputation.'" 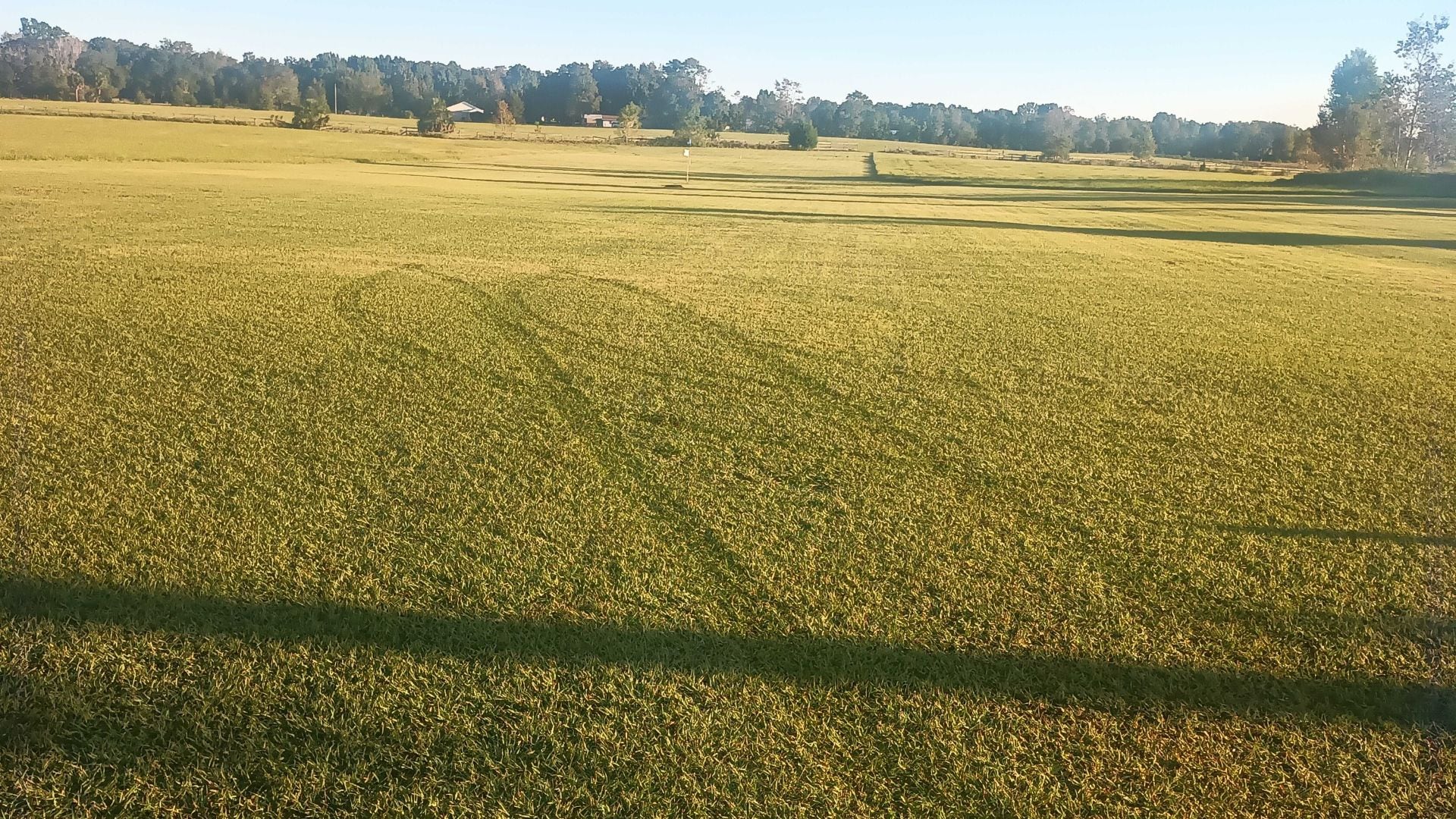 The fitting isn't done in a garage. Twenty-five years ago, Dick purchased a large property in Dunedin, Florida, and built a 250-yard range from scratch with a standard width for a fairway and two bunkers.

It's made a recipe for success.

"The fitting process was awesome," said Steve Surface, a 51-year-old Spring Hill, Florida, native, who rehabbed through golf after an IED explosion in Afghanistan. "There was no distractions, all focus was on me and my swing. Rick adjusted my shafts for my swing speed and set up the club heads to the point where I was consistently hitting the ball straight.

"I think he really takes his time and focuses on the individual and does try and point you in a direction where it's not just about money, but more about helping you get right with your golf swing."

Since Rick took over Pin High's Future, there has been some fluctuation, but he said things have picked up since the beginning of October, thanks in part to the work he's done with fellow veterans. And Rick is striving to continue the company's trajectory upward. He does local advertising and is expanding his social media footprint. But he’ll also be hitting the road.

Next year, Rick will attend the PGA Show in Orlando, along with several PGA Tour events in Florida, such as the Arnold Palmer Invitational, Valspar Championship and The Players Championship, to show the world’s best what he has accomplished despite his challenges.

"When you’re at the top of the game and all the best guys are there, they don't often look at the little guys that are left in the bottom," Rick said. "And the part that I'm looking at is, 'Hey, I might be a little guy, but look at what I'm able to accomplish' … When you see me show up and realize my right arm is only six inches long, and my right leg is only eight inches long and I'm out there and getting this done, then anybody can do it."

Rick’s ambition has no ceiling.

"I'd love to spend a couple hours with Tiger [Woods] and talk to him about options to make him more comfortable on the golf course," he said. “It sounds kind of arrogant and kind of funny … We can make the quality of equipment that gets out there that much better."

Rick embraces the grind and aims for excellence, wanting to become a top-100 club builder in the world, like his father. Because most of all, he wants to make a difference in people's lives.