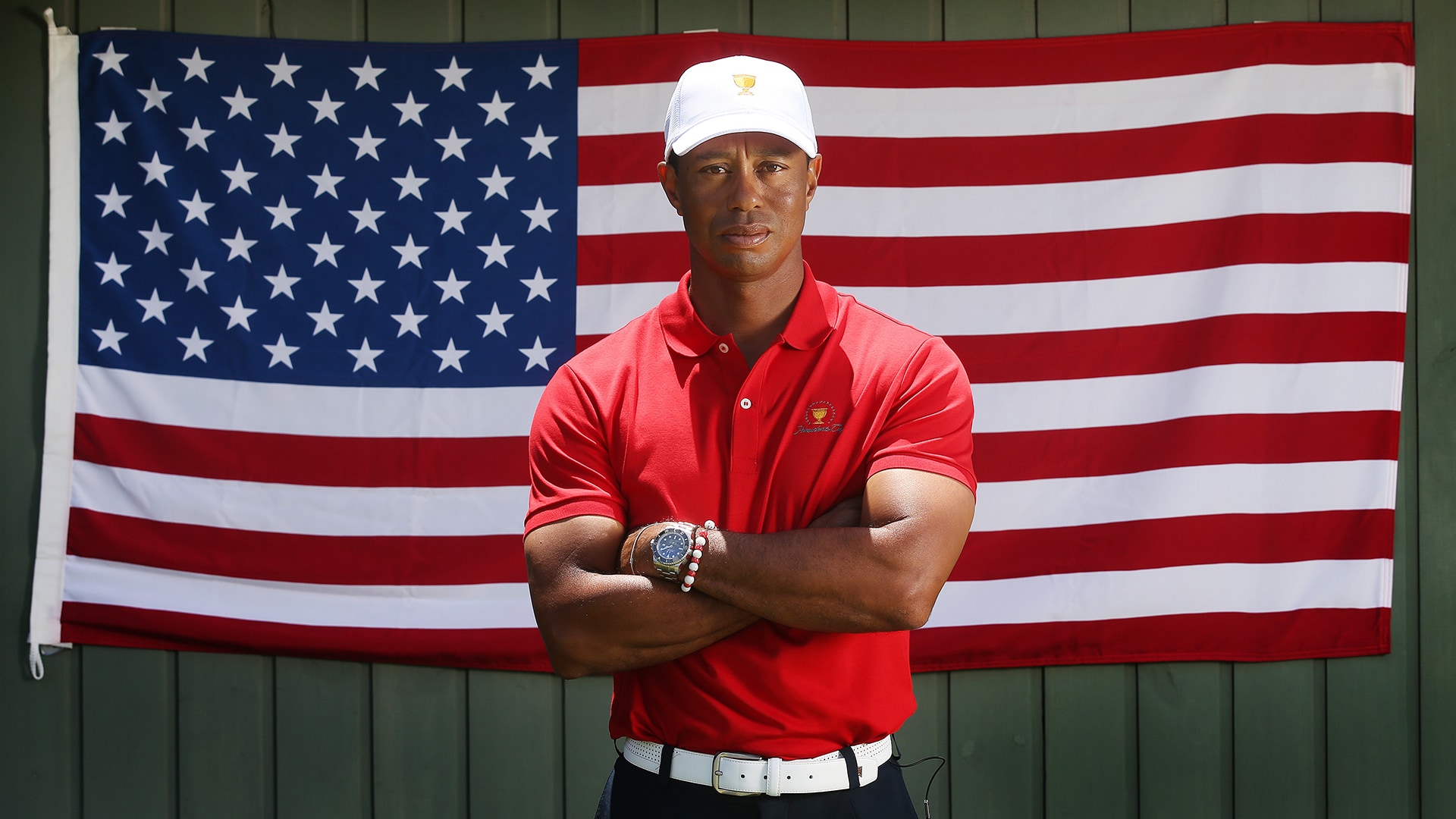 “I told all the guys at Liberty when we had our meeting, back in ‘98, we weren't ready to play,” said Woods, referring to the Internationals’ lone victory in 12 editions, a nine-point rout of Jack Nicklaus’ American squad at Royal Melbourne.

“It was, again, late in the year in December. The season ended differently, players shut it down and then they geared right back up for Australia and we got beat pretty badly, so it was important for these guys to continue playing.”

Thanks to a longer fall schedule that extends into mid-November and Woods’ annual Hero World Challenge, they have. Eleven of the 12 Americans who will tee it up at Royal Melbourne beginning Thursday played in the Bahamas, with only Dustin Johnson missing out because of a knee injury.

“I'm very happy with most of the team,” Woods said after his solo-fourth finish at Albany. “The fact that 11 out of 12 guys played this week, some played well, some didn't, but at least they were able to knock off some rust, get some feel.”

Among the Team USA competitors, Patrick Reed led the way with a third-place showing, two shots back of Henrik Stenson, a deficit made important after Reed was docked two shots in the third round for improving his lie in the sand. (Reed said it was accidental, but Aussie Marc Leishman said it could give the home fans in Australia some “ammo.”)

Even with the rules mishap, Reed chalked the week up as a good one. He debuted new irons at Albany – custom-made GrindWorks blades – and missed just two greens during a final-round 66, his third such score of the tournament.

Justin Thomas also notched a top-5 finish, though it could’ve been better had it not been for a double bogey on his 72nd hole, and five others ended up in the top 10: third-round leader Gary Woodland (T-7), Rickie Fowler (ninth) and three players at T-10 (Tony Finau, Xander Schauffele and Webb Simpson).

Finau’s performance was more impressive than his finish, as he opened in 79 before shooting 68-69-65.

“Looking for some good mojo just going into next week,” said Finau, who had finished outside the top 50 in three straight starts entering Hero. “I know I shot myself out of the tournament in the first round, but I’m just really proud of the way I hung in there and fought back.”

Fowler hadn’t played since the Tour Championship in August after getting married in October and contracting a bacterial infection on his honeymoon.

“It was nice to see him get four rounds in, get the feeling back in his hands and his body and hitting

shots again,” Woods said of Fowler. “It's so different playing at home for cash versus playing out here with a scorecard, so it was nice to see.”

It wasn’t all positive for Team USA, though. Matt Kuchar, who missed two of his three fall cuts, never broke 70 and finished 14th. Patrick Cantlay also never shot in the 60s while ending up 17th. Bryson DeChambeau was two places better, but seemed out of sorts despite a closing 68, declining to speak to the media after his comments about Puma’s new “Slow Play Polo” were published earlier in the week.

Then there is Johnson, who was back in Jupiter, Florida, rehabbing his left knee.

swelling stays down over the next 23 hours because it's a long flight down there,” Woods said, before insisting: “The guys will be ready.”

History is certainly on the Americans’ side as it holds a 10-1-1 record in the series and is coming off a lopsided victory two years ago at Liberty National in which the Cup was almost clinched a day early. Also, just six of the 12 International players teed it up at this past week’s Australian Open, where Louis Oosthuizen (runner-up) and Leishman (T-10) notched top-10s but two players, Adam Scott and C.T. Pan, missed cuts.

However, as the U.S. team prepared to board its charter flight and begin a 23-hour trek to Australia on Saturday night, the American players were not taking their opposition lightly.

“Not this team,” Finau said. “None of us have that type of attitude. There are 12 guys on the other side who are hungry. We don’t want to get beat; that’s the bottom line. We all have the attitude of anything can happen, and we saw that last year at the Ryder Cup. We got our tails beat pretty good. We have a hungry group of guys that want to go over and win, and we’ll do what it takes.”

Added Reed: “It’s the one place we have lost at, and so I think all of us, knowing that, are going to go in there really focused, really ready to go, go to the golf course and prove a point, have a chip on our shoulders and play the best we can, and go hopefully dominate.”

Steve Stricker and Webb Simpson will round out Davis Love III's backroom team for next month’s matches at Quail Hollow. 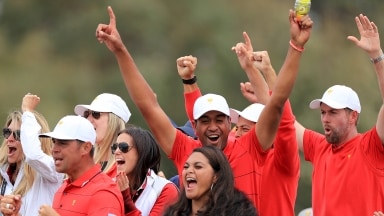