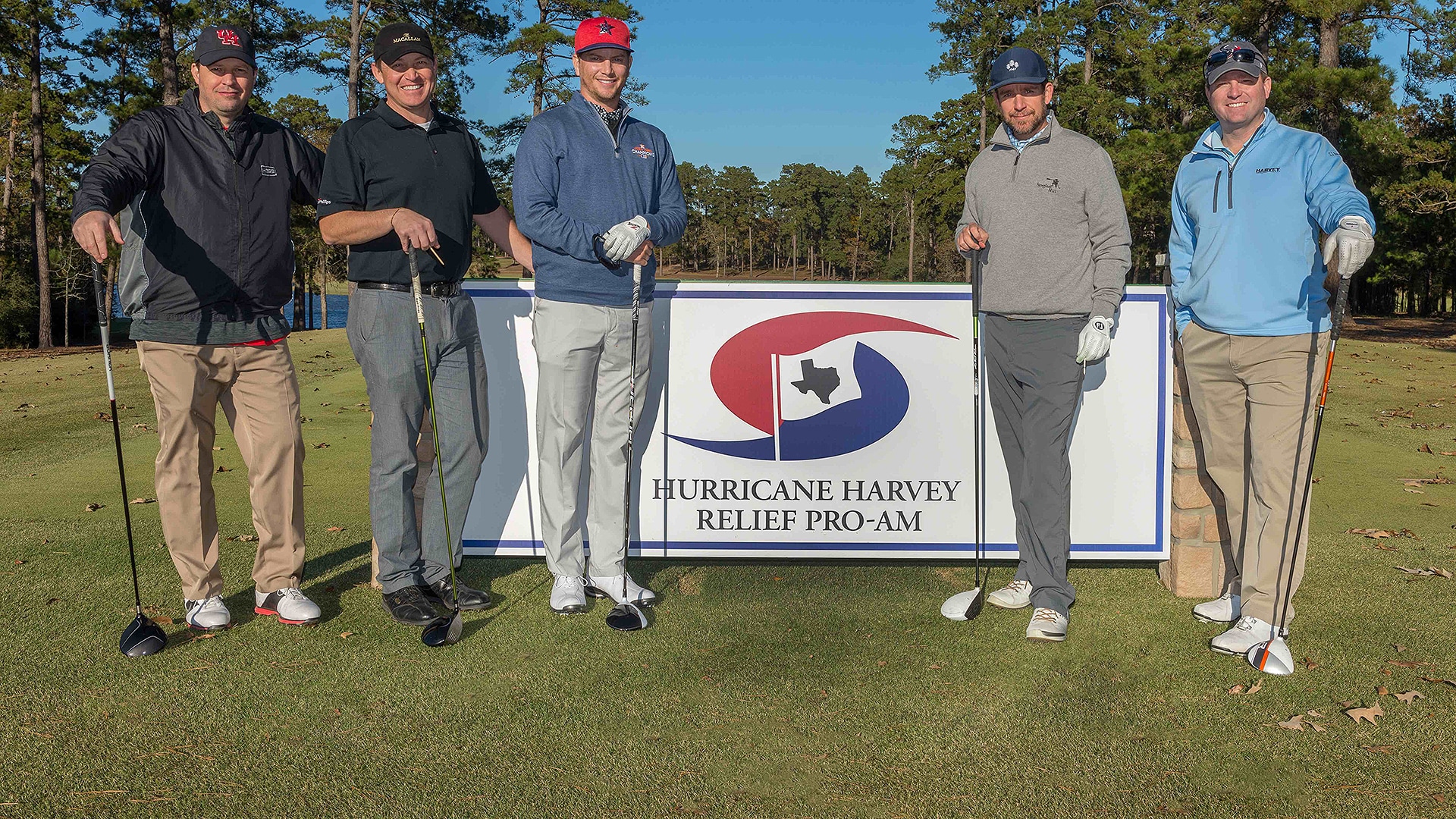 The PGA Tour returns to Houston this week, seven months after Hurricane Harvey devastated the area. GolfChannel.com senior writer Ryan Lavner writes on the continued efforts of recovery in a three-part series, including pros banding together for financial relief.

ONCE BOBBY GATES FINALLY emerged from his house, after five days of biblical flooding, he was surrounded by 6 feet of water – stranded on an island in his own neighborhood.

Last August, Hurricane Harvey stalled over southeast Texas for nearly a week, dumping 52 inches of rain and sending the nation’s fourth-largest city into chaos. Houston had already endured two 500-year floods in the past 18 months, but this was different, scarier, more devastating. It wasn’t just the sheer amount of rainfall – the controlled releases of the levees turned entire communities into miles-long swimming pools.

“The news here couldn’t cover it fast enough,” Gates said recently. “They’d send a camera crew, and then there was somewhere else even more jaw-dropping.”

Built atop a small hill, Gates’ house in The Woodlands was spared, but others near him weren’t as fortunate. He and a few friends dropped kayaks, pontoons and 18-foot bass boats onto the flooded roads, rescuing as many people as they could, including an 85-year-old woman who waded in chest-high water to reach safety. Once the water began to recede, Gates helped neighbors clean out their ravaged homes, ripping out flooring and cabinets, insulation and drywall. 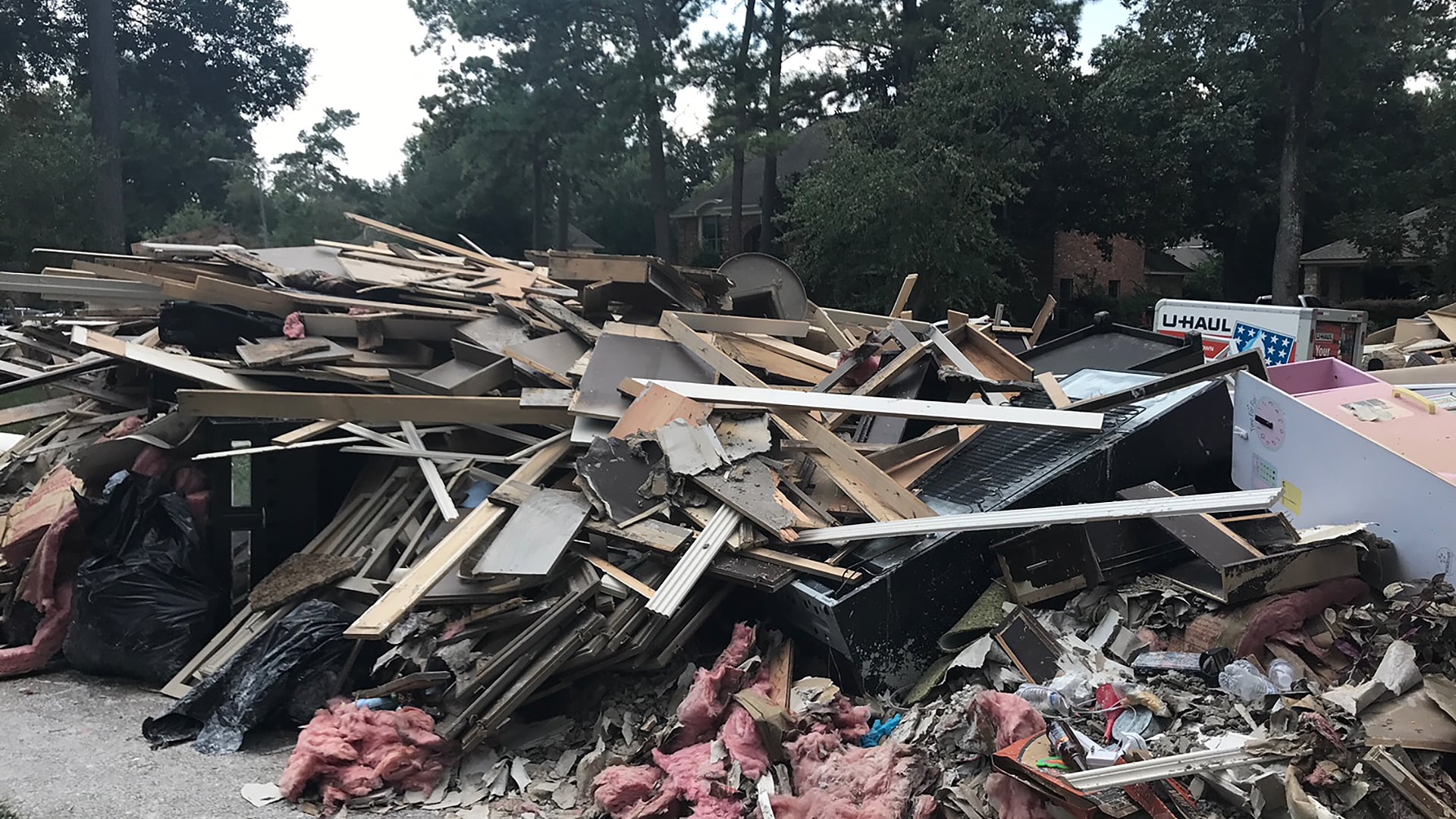 Photo gallery: Images in the aftermath of Hurricane Harvey

Then a friend forwarded him a picture of former PGA Tour player Dawie van der Walt. He was floating down the street on an air mattress, clinging to his family’s most prized possessions.

Gates drove to Kingwood, through the tunnel of debris that lined the street, and spent 18 hours a day swinging a sledgehammer, discarding memories and gutting van der Walt’s half-a-million-dollar home in suffocating humidity.

“I can’t do this anymore,” Gates said. “We’ve got to be able to help more than just what we can get our hands on.”

And so they dreamed up the Hurricane Harvey Relief Pro-Am.

Gates and Stroud had no idea how to run a fundraiser, or where to begin, so they reached out to Steve Timms, the longtime tournament director of the Houston Open. Then they got in touch with Casey Paulson, the president of Bluejack National. And then they talked with Bryan Naugle, the co-founder of Pro Links Sports. The group created an Advisory Committee.

“People spend all year to put together an event like that,” Gates said, “and they did it in 90 days.”

The night prior to the pro-am, on Dec. 11, they hosted a draw party at Kirby’s Steakhouse. Houston Astros owner Jim Crane brought the World Series trophy. Reckless Kelly performed live music. Seven items in the live auction sold for nearly $600,000, none more coveted than a private lesson with Tiger Woods, which netted $210,000.

The next day, more than 20 Texas pros from the PGA, LPGA and Champions tours – from Patrick Reed to Stacy Lewis, Ben Crenshaw to Jimmy Walker, Gerina Piller to Hale Irwin – participated in the tournament at Bluejack, helping raise more than $1 million. Lewis, whose husband, Gerrod Chadwell, is the women's golf coach at the University of Houston, added another $195,000 to the relief effort when she donated her entire winner's check from the Cambia Portland Classic. 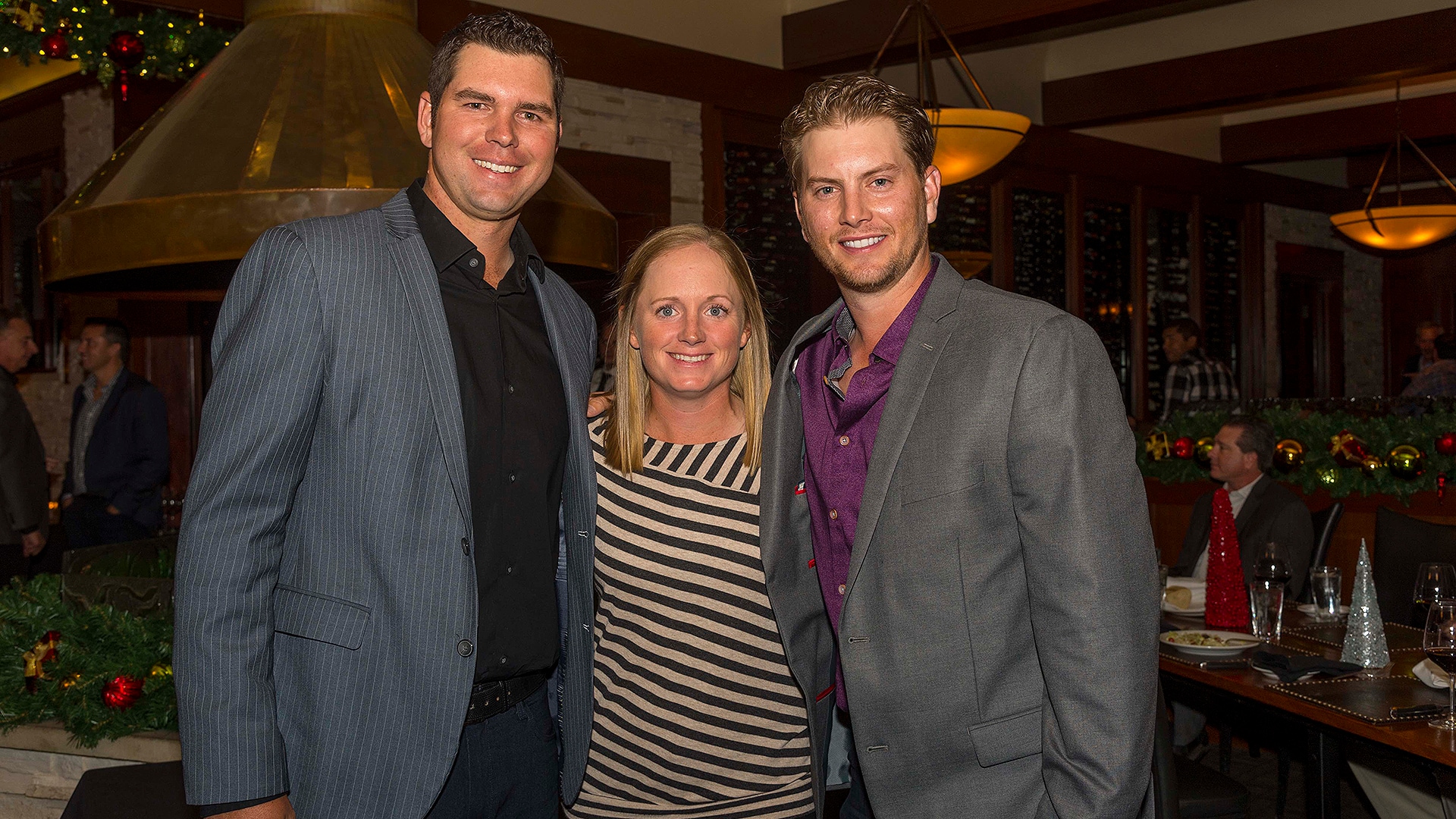 All of this money isn't expected to be a one-time community gift, either. Gates and Co., hope to continue the event each year.

Tournament officials created an online application where victims with no flood insurance or FEMA assistance could request relief aid. They will distribute the funds to the most deserving candidates over the next few weeks.

“That’ll be the most rewarding thing,” Gates said, “seeing the smile and relief on some of these people’s faces who are suffering.”

The impact the Harvey Pro-Am has had on its two founders might be even more significant.

Last year Gates, a former standout at Texas A&M, was coming off the worst season of his professional career. Nagged by a painful hip injury since 2014, he exhausted his major medical extension and had nowhere to play by late summer.

“Sometimes God works in mysterious ways,” he said. “That’s why I was home for the hurricane.”

With no status, Gates, 32, will rely on Monday qualifiers and sponsor exemptions – he's playing this week in Houston on a special invite – until he can find a more permanent place to compete. “But this gave me a renewed sense of purpose and urgency to play great golf,” he said. “It can spread the message and help more people.”

Last August, the 36-year-old won his first PGA Tour event, in Reno, and then played his way into the final group at the PGA Championship, where he finished ninth.

But then, while in New York City for the start of the FedExCup Playoffs, he saw that the Category 4 storm was hurtling toward the Texas coast.

“I felt helpless,” he said.

Stroud had invested in a powerful generator years ago, and his wife, Tiffany, assured him that she and their two young girls would be safe. She ended up hosting more than 20 people and seven dogs in their house in Spring, passing the time by cracking into the wine cellar, grilling on the Big Green Egg and playing board games, all while Stroud relayed Weather Channel updates.

At the second playoff stop, in Boston, Stroud announced that he would donate $10,000 and 10 percent of his earnings that week to Harvey relief efforts. But with his head spinning, he missed his third consecutive cut. His career year was over.

“That just shows you how important your heart and your mind are to be focused on golf,” he said. “It’s hard enough as it is, and to have something that heavy on you, I couldn’t focus on golf. I couldn’t do it. My heart and my mind weren’t it. I wanted to be home.”

But being home wasn’t any easier.

Driving around in his show truck, jacked 5 feet off the ground, he saw cars underwater, boats wrapped around trees, families crying on the side of the road. “It was like a third-world country,” he said. Stroud met up with Gates at their local Starbucks and started planning the pro-am.

“I play with a grateful heart now,” Stroud said.

The Houston Open has been circled on his schedule all spring, and it’s finally here, 20 miles from his home.

He’s been preparing for it, dialing in his equipment, trying to make sure his game is ready to peak for the tournament he wants to win most.

Stroud was already part of the winning team in the Harvey Pro-Am. Now he’s focused on the Houston double.

“I’m working harder than ever to see if I can do it,” he said. “That’s my major this year.”