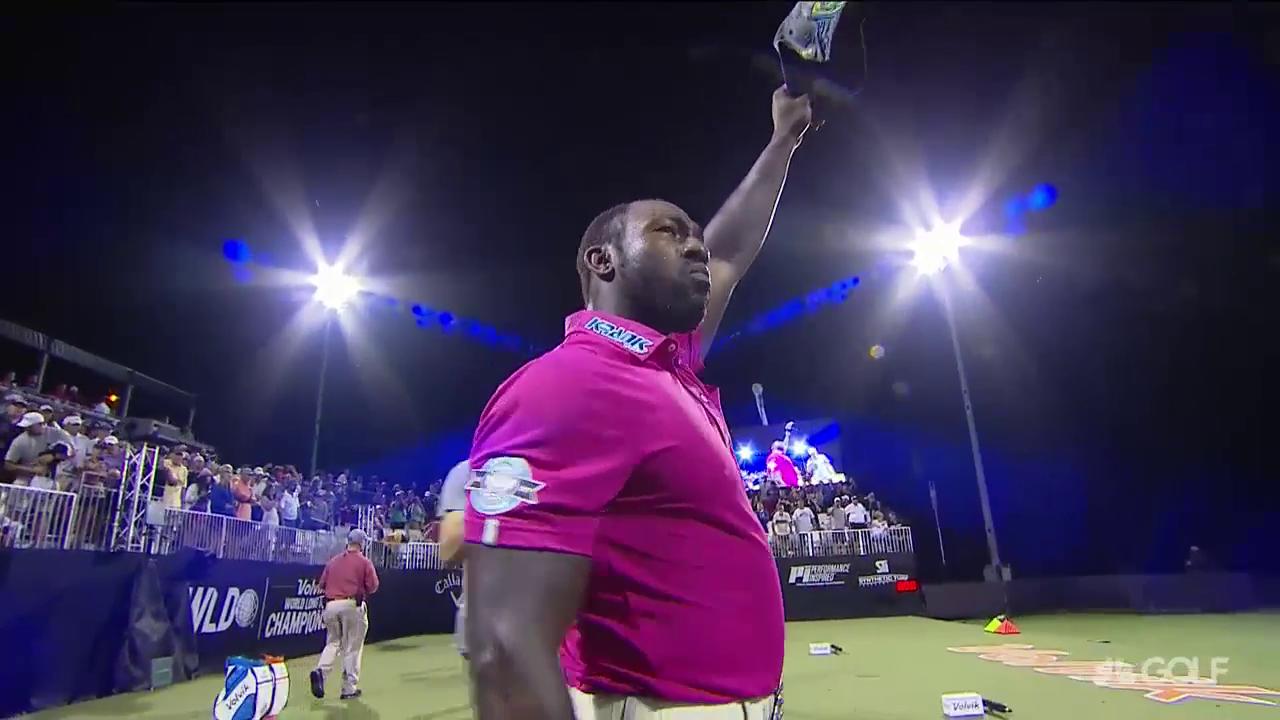 On the women's side, Phillis Meti defeated Chloe Garner to capture her third championship belt. Meti also won in 2006 and 2016.

Here’s a summary on how the night played out:

Hogue - a three-time winner this season – set the pace with a 388-yard drive, but Moose edged the favorite by a single yard on his seventh drive, his only shot that stayed in bounds.

The first match was close, and this was even closer. Waldron and Steenberg both hit 386-yard drives, but after officials measured it was determined Waldron’s went a few inches further.

Cassaday delivered a breakout performance with a 390-yard bomb, and it was too much for Burke, the two-time champion, who could only manage 382 yards.

Allen launched his second drive 392 yards, the longest of the quarterfinals, and Costello never got close with his longest drive measuring 380 yards.

Once again, Moose struggled to keep a ball on the grid, but his sixth drive was crushed 387 yards, two yards longer than Waldron.

Allen smashed the longest drive in the quarterfinals and he did the same in the semis with a 393-yard bomb, and that put too much pressure on Cassaday who failed to keep a drive on the grid.

Allen saved his best for last, nailing his second 393-yard bomb of the night on his eighth and final ball, and Moose couldn’t match him.

Garner posted 319 yards and was too much for Tubert, an LPGA player, who only managed 305 yards.

In a rematch of last year’s semifinals, Meti got revenge with a 317-yard bomb that Manfredda couldn’t match.

New Zealand’s Meti won her third title with a 313-yard drive that was three yards longer than Garner’s best effort. 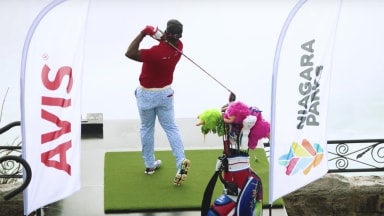 Most people are just happy with getting their drive somewhere in the fairway, clear of all water, bunkers or the dreaded trees. But Maurice Allen is not most people. 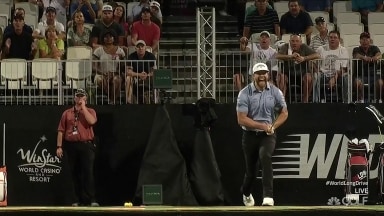 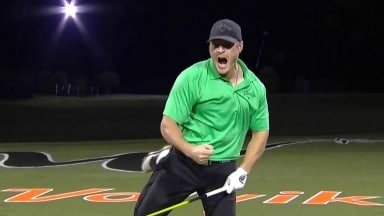