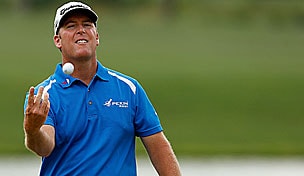 HUMBLE, Texas – Through the first 14 events of the 2013 PGA Tour season, American-born players have made it a clean sweep.

That’s right – 14 tournaments and 14 winners from the United States, thanks to D.A. Points’ victory at the Shell Houston Open on Sunday.

While the PGA Tour doesn’t have records of winners’ nationalities and such streaks prior to 1989, officials have confirmed that this is the longest streak to begin a season since those records have started being kept.

Overall, U.S. players have won the last 16 events, dating back to wins for Tommy Gainey and Charlie Beljan at the end of the 2012 season.