Amid personal turmoil, Enloe steps down as SMU men's coach 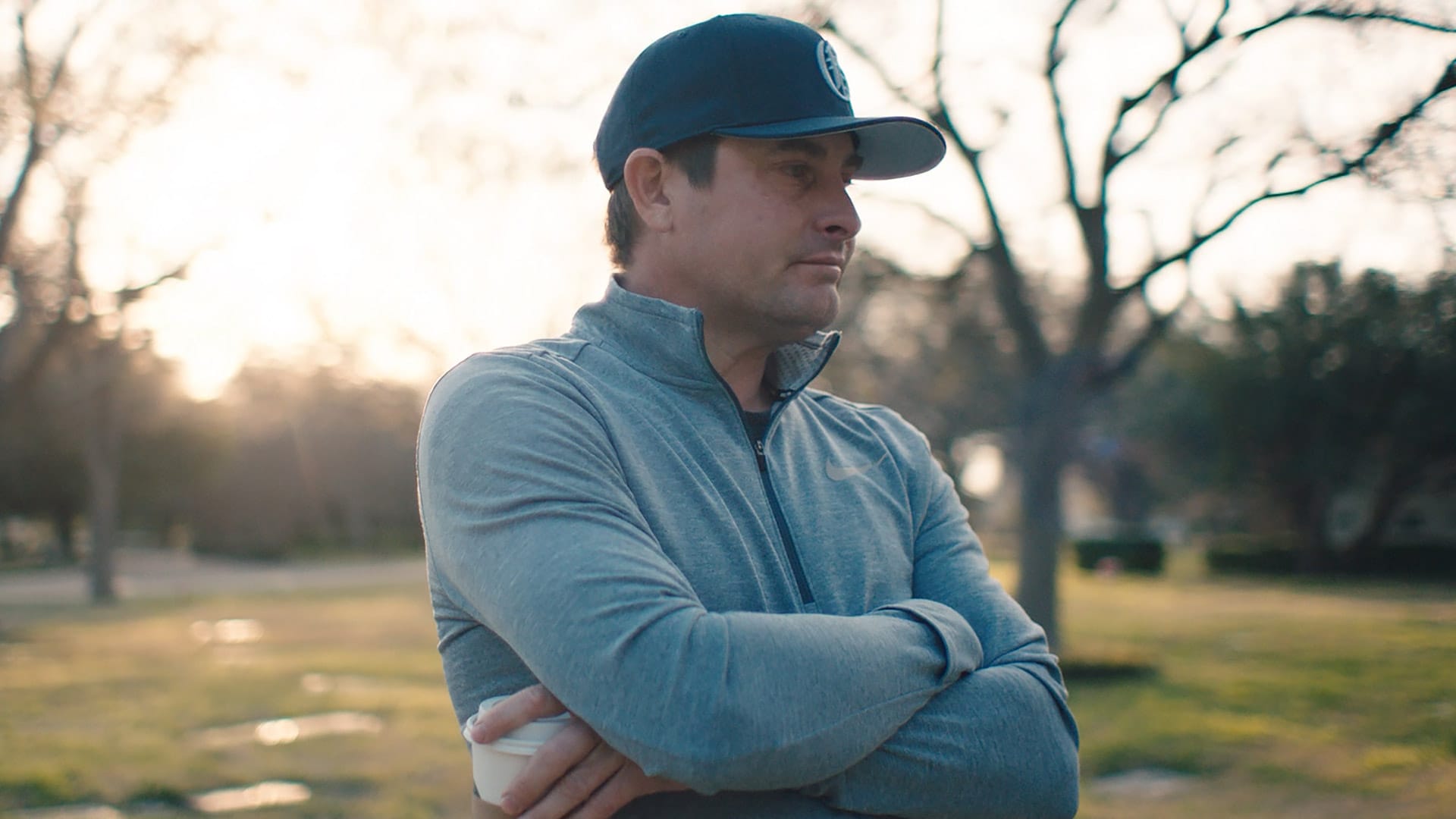 When Jason Enloe met with SMU’s athletic director last week to submit his resignation, he wasn’t anxious. He knew he was making the best decision – the only decision – for his future happiness. The best decision for his two young daughters, for the administration at SMU, and for the players and recruits who needed closure.

“When everything points to this being the right move, there’s nothing to be nervous about,” Enloe said by phone this week. “I just hated the fact that I had to leave under some unfortunate circumstances.”

Well, that’s one way to describe the past two years. In December 2017, Enloe’s wife, Katie, discovered a lump in one of her breasts. Bracing for a breast-cancer diagnosis, she instead learned that she had acute myeloid leukemia. Within eight months, she was gone, at age 35, leaving Enloe alone to care for their two little girls and oversee the men’s program at his alma mater.

Last season Enloe admirably navigated through that maze of sadness and confusion, culminating in an uplifting run during the postseason in which the Mustangs – the last of the 30 seeds – advanced all the way to the quarterfinals of the NCAA Championship.

His eyes bloodshot, his voice hoarse, Enloe’s coaching career seemed back on the upswing, but that charged moment at NCAAs now appears to be his last. On Thursday, less than a year after he was named a National Coach of the Year finalist, and a few weeks before SMU’s spring season was set to commence, Enloe announced publicly that he was stepping down. His statement said, in part, that “it’s time for me to start a new chapter in my life.”

Unmentioned in the news release was his never-ending grieving process, the physical and emotional toll that coaching had exacted, and the ongoing legal battle against his deceased wife’s family.

AFTER THE WHIRLWIND 2018-19 season, Enloe found himself depressed, overwhelmed, uncommitted. Last summer was always going to present a time for self-reflection, but the one-year anniversary of Katie’s passing, in early July, shook him to his core.

“I’d been grinding and trying to be the best coach, the best dad, that I could be for so long, and I just kind of physically and mentally ran out of gas,” he said.

Normally fun-loving and gregarious, Enloe retreated socially and moped around the house, caring for little else other than his two girls, Emma, 7, and Maddie, 4. He questioned everything – his parenting skills, his coaching ability, his new relationship, his growing rift with his in-laws. He felt lethargic. Stopped taking care of himself. Developed dark thoughts.

“Grief has no rules. It has no stages,” he said. “Psychologists say that there’s this stage and then this stage, but that’s bulls---. You can go to counseling and talk about grief, but it’s not foolproof. Time is the only thing that can minimize how it feels and when it comes and how you deal with it.”

And time, of course, is a precious commodity for a college coach at a major program. He’s the point person who has to travel, recruit, fundraise and, yes, lead a roster of 18- to 22-year-olds who have complex personalities and differing needs. Enloe’s priorities had shifted too, to his own children, and he could feel himself losing his edge, and that others were waiting for him to implode.

Finally, last fall, he snapped. After what he described as another “verbally abusive” conversation with his mother-in-law, Enloe contacted SMU in early October and requested some official time off, through Jan. 27 of this year.

“I needed to get my affairs in order,” he says now, “and figure some things out.”

MOST PRESSING OF HIS concerns was the legal action he wanted to pursue against Katie’s family. According to a civil lawsuit filed Nov. 8, 2019, in Dallas County, Texas, Enloe alleges that, while Katie was "on her deathbed," fighting cancer, Katie’s sister, Kandi Mahan (the wife of PGA Tour player Hunter Mahan), and mother, Debra Breaux, orchestrated a scheme to change the beneficiary designation of the $500,000 life-insurance policy that Enloe had purchased. In addition, Enloe claims that Mahan and Breaux took jewelry, watches and other valuables worth an estimated $60,000 from his house without his permission.

In the suit, Enloe details how in 2012 he bought a life-insurance policy for Katie that carried a death benefit of $500,000. Enloe says in the suit that “while Katie was incapacitated, heavily medicated and in hospice,” Mahan and Breaux “exerted undue influence” on Katie that resulted in a change to the beneficiary designation to Mahan. Enloe claims that he has a written confirmation of the electronic change from the insurance policy that was dated July 2, 2018 – one day before Katie died.

Enloe alleges that Mahan and Breaux falsely told Katie, “in her weakened and medicated state,” that her two daughters would lose their private-school scholarships if Enloe remained the beneficiary. After the designation change, Mahan possesses the death benefits – intended to be used for care of Enloe’s two daughters and other household expenses – and Enloe has no control over how the funds are allocated.

Enloe also alleges that, “under the premise they would help remove Katie’s clothing and accessories to assist in his grieving,” Mahan and Breaux took without his permission a “great deal of valuable jewelry that once belonged to Katie,” items that included a $30,000 engagement ring and $20,000 Rolex watch.

In a court filing dated Dec. 2, 2019, Mahan and Breaux respond to the allegations and claim that Enloe “knowingly painted a picture that is wildly untrue and misleading.” Instead, they claim that Mahan honored her sister’s wishes by setting up a separate bank account for the proceeds to pay for the children’s childcare and private-school tuition, and that Katie had “gifted” the jewelry to Breaux before she died so Breaux could give the heirlooms to the daughters at certain life milestones.

Mahan and Breaux also dispute other claims in the suit, contending: that Katie had actually changed her life insurance beneficiary on June 25, 2018, two days after she decided to discontinue receiving the life-saving blood transfusion; that Enloe was aware Katie was contemplating changing the beneficiary (and eventually agreed, to respect her wishes); and that Enloe only claimed that Katie lacked the mental capacity to make any decision for herself 16 months after her death.

Enloe, according to the suit, “inconceivably disrespects Katie’s last wishes, to the detriment of Katie’s children, by painting a false and disparaging picture of their grandmother and aunt, and a wholly inaccurate picture of their mother’s capacity for the first time 16 months after Katie’s death. Mr. Enloe’s lawsuit is about one thing – money.”

Enloe declined to comment on the case, citing the ongoing litigation. The attorney for Mahan and Breaux sent the following statement to Golf Channel on behalf of his clients: “This is a very personal matter to our family that involves small children (our nieces and granddaughters, respectively).  We do not think it is in the children’s best interests to comment beyond directing you to our pleadings in the case which we believe is supported by the evidence."

A jury trial is preliminarily set for Oct. 27, according to court documents.

Embroiled in the lawsuit, Enloe needed to make some difficult choices professionally. Because of the strained relationship with his in-laws, Enloe said he didn’t have a “safe and comfortable” place to leave his kids while he traveled for 20-plus days during the spring season. Enloe worried that he’d be distracted on the road, unable to fully invest in his players and the team. And that cycle, if unbroken, would continue for years.

That’s why, soon into his leave, it became clear: Enloe needed to start looking ahead to the next chapter, to another career. 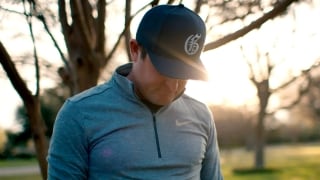 Life without Katie: Enloe's trials as a single father, a coach and a widower

Jason Enloe is balancing life as a single father, a head golf coach and a widower, following the death of his wife, Katie.

LATE LAST FALL, WHEN Enloe met with his therapist for their usual appointment, she immediately noticed something different about him. “You’re not fixed,” she said, “but you seem a little better. What’s going on?”

For the first time since Katie’s death, he had offloaded some stressors. Gone was the pressure of having to run a team. During his leave, Enloe wanted to truly separate himself from his players to see how much he missed it, to see if he had more peace and less anxiety. And he did. Gone, too, was the uneasiness over his family drama. The litigation remains unresolved, but Enloe wanted justice, and to establish some strong boundaries, and to him that was worth fighting for.

Over the past few months he has built strength and courage. Given himself time to heal. Started a serious relationship with another woman. All that was left was to decide whether to return to work at SMU, to repeat the pattern of recruiting and traveling and leaving the girls in an uncertain environment, or to pursue more stable career opportunities in town. And so, midway through his sixth season as SMU coach, he decided to resign, leaving the job – his dream job – to assistant Chris Parra.

Enloe informed his players in a team meeting last Saturday at Trinity Forest. Once he made the announcement, his players hugged him and returned to laughing and joking; one even asked if Enloe, 46 and a former Nationwide Tour winner, was getting his game ready for the senior circuit.

“I didn’t want them asking themselves, Is he OK? Is he going to be fully engaged?” Enloe said. “I didn’t want any attention on me and my situation. I told them that I’d had some time, and I didn’t think that I could come back and give them the effort and the consistency and the passion that they deserve. Our school deserves better. They deserve better.”

Enloe knows he’ll probably never coach again. He probably won’t play competitive golf again, either. “And I’m OK with that now,” he said. Maybe in a few years his home situation will change, allowing him to chase some tournament starts after age 50. “But for now, I’m just focused on being here and being with my girls and being a normal guy.”

Indeed, until he finalizes his next career move in the coming weeks, he’s staying busy at home, shuttling the girls to gymnastics on Wednesdays, dance on Thursdays, and solving life’s little crises the rest of the week.

A few months ago, Enloe finally sold his house, a 4,500-square-foot custom build in a leafy Dallas suburb in which he and Katie planned to raise their two girls and grow old together. Every night in that house was a reminder of what’s been lost or changed forever, and he couldn’t wait to sell, to start fresh and make new memories.

Their new place is just down the road, a little smaller but brand new, on a corner lot with a spacious backyard and room for a trampoline. For now it’s bare and undecorated, because they didn’t take anything from the old house, wishing to leave it all in the past. But soon it’ll feel like home, for all three. 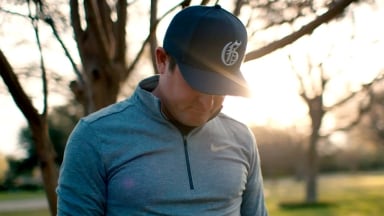 Life without Katie: Enloe's trials as a single father, a coach and a widower

Jason Enloe is balancing life as a single father, a head golf coach and a widower, following the death of his wife, Katie.