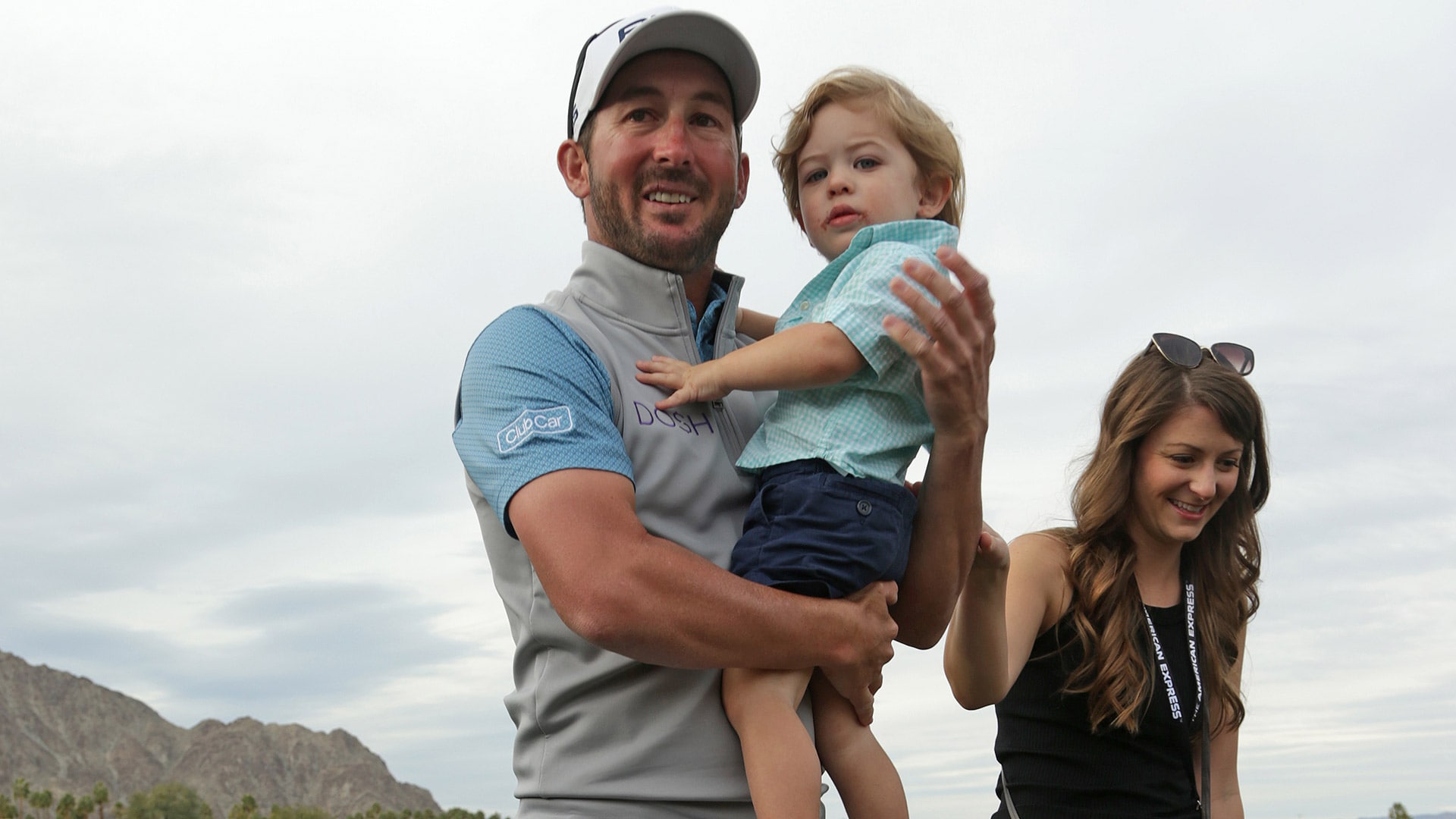 Getty Images
Andrew Landry celebrates with his wife Elizabeth and son Brooks after putting in to win on the 18th green during the final round of The American Express tournament at the Stadium Course at PGA West on January 19, 2020 in La Quinta, California. (Photo by Jeff Gross/Getty Images)  -

Andrew Landry saw a six-shot lead on the back nine disappear but withstood a final-round charge by Abraham Ancer to win The American Express on Sunday at PGA West's Stadium Course. Here's everything you need to know from the final day in La Quinta, California:

Two years after losing to Jon Rahm in a playoff at this event, Landry avoided another playoff at PGA West and instead notched a two-shot victory over Ancer.

Landry's victory was very much unexpected. He entered the week having missed seven of eight cuts to begin this season. And while his win Sunday wasn't the route many had expected after Landry went up big with just a handful of holes to play, it was still a victory, which gives Landry his second career PGA Tour title (he also won the 2018 Valero Texas Open) and two more guaranteed years on Tour.

Landry led Ancer and Scheffler by six shots after making a short putt at the par-4 12th hole for his sixth birdie of the round. But Landry bogeyed each of the next three holes while Ancer, two groups ahead, went on a tear with birdies at Nos. 14, 16 and 17, the last one coming on a 26-foot birdie make on the treacherous par-3 island hole.

Suddenly, Landry, with three holes still to play, found himself tied with Ancer for the lead.

While Ancer got in the clubhouse at 24 under thanks to a brilliant 9-under 63 to close, Landry orchestrated some magic of his own at the penultimate hole. He hit his tee ball to 7 feet and rolled home the birdie putt to take a one-shot lead entering the final hole, which he birdied from 6 feet to shoot 66 and win by two shots.

After seeing his big lead evaporate, Landry stepped up and hit the shot of the tournament at No. 17:

Sam Burns snapped a string of three straight missed cuts by shooting 63 and tying for sixth. 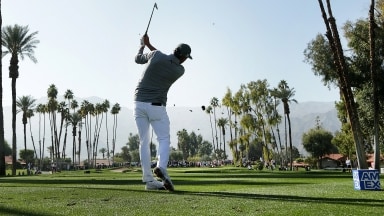 No multi-day pro-am or spectators at AmEx

The American Express will be played without the traditional multi-day pro-am format as well as without spectators.