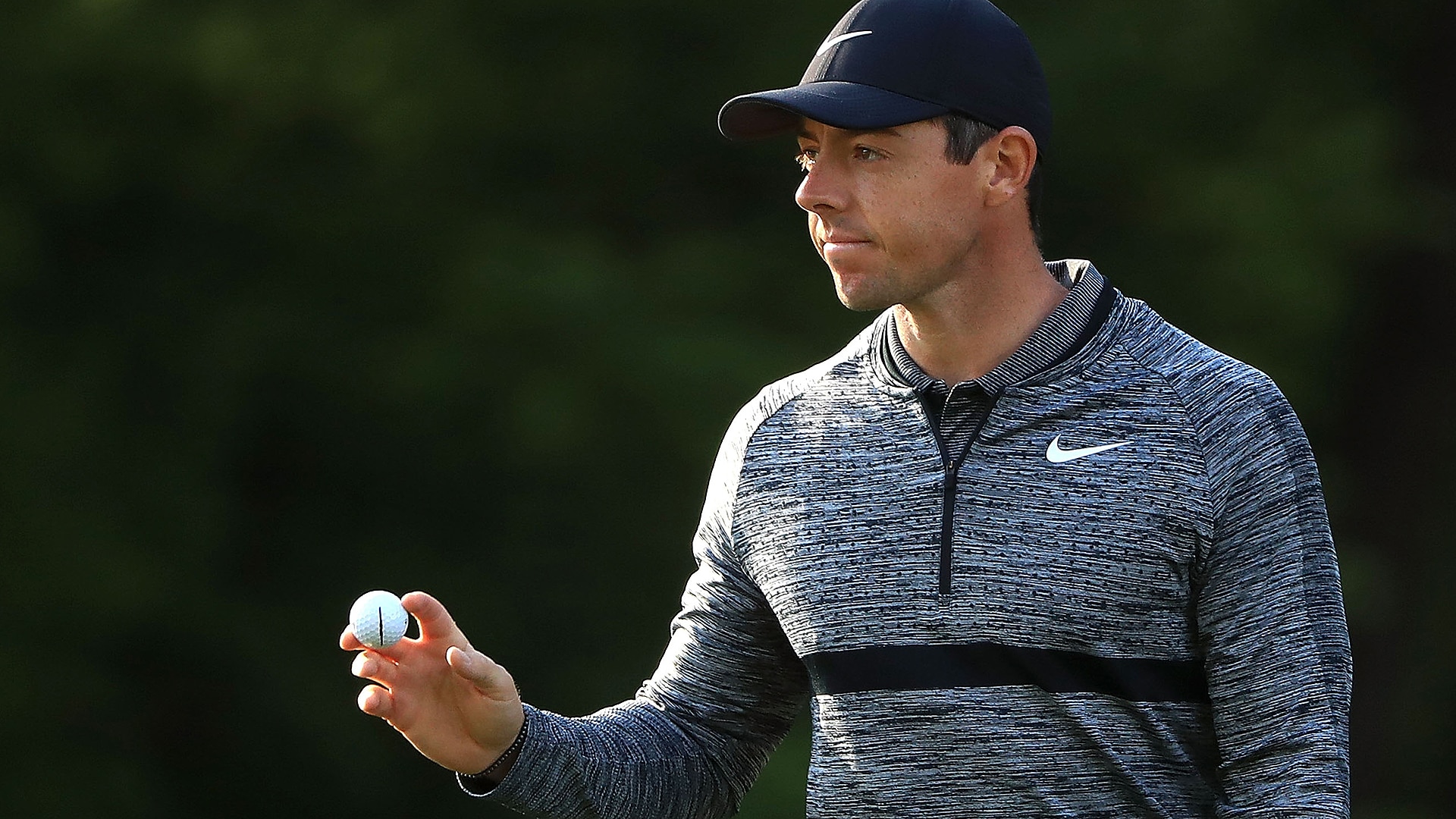 CHARLOTTE, N.C. – With a shock of curly hair tumbling from under his hat and a wide smile spread across a round face, Rory McIlroy did what no one else could on Day 1 at the 2007 Open Championship.

On a brutally difficult Carnoustie layout, the then-18-year-old amateur opened with a 3-under 68 for an early share of third place. It was the only bogey-free card that day.

“I just wanted to come here, try to make the cut and win the silver medal [for low amateur], and that was about it, really,” he shrugged with an innocent grin. “I sort of come into these weeks just trying to learn as much as possible.”

Now more than a decade removed from those hopeful early days, it’s hard to imagine a time when the Northern Irishman was anything but supremely confident and driven to be the world’s best player.

It probably would have been equally difficult for the 18-year-old to envision what would transpire over the next 10 years. Impossible, even, to foresee that the young man from Holywood, Northern Ireland, would electrify the golf world and take his place among the game’s best.

He’d turn professional later that summer and within two years earn his first title among the play-for-pay set on the European Tour. This week things come full circle for McIlroy at the Wells Fargo Championship, where he won his first PGA Tour title in 2010.

There have been 13 more Tour wins along the way, including four major triumphs and a FedExCup crown. He’s been world No. 1, for 95 weeks cumulatively, and has become an emotional leader of Europe’s Ryder Cup team.

Simply put, McIlroy’s 20s were good years, and they’re not over, although he’ll inch a tad closer to a new decade on Friday when he turns 29.

“I can't believe I'm turning 29,” he said this week at Quail Hollow Club where he’s looking to win his third title. “It sort of goes so quickly.”

It’s become a common practice among players to set goals. Justin Thomas famously thumbs his into his cell phone at the beginning of each season, and Patrick Reed revealed on Wednesday at Quail Hollow he sets similar benchmarks for himself.

But even in his wildest dreams, that 18-year-old who introduced himself to the golf world with his play at Carnoustie in ’07 couldn’t have predicted the historic road ahead.

“If you had asked me when I was turning 20, you know, what would you like to achieve in the next 10 years, I think I've basically done everything that I would have wanted to on that list, maybe even more than that,” McIlroy conceded.

Unlike many of his professional frat brothers, McIlroy has no problem digging into the mental vault for both motivation and as a learning tool. Even last month’s Masters, where he began the final round in the day’s final group and just three strokes off the lead only to struggle his way to a closing 74 and a tie for fifth, has been thoroughly digested, albeit reluctantly.

Although he admitted his finish at Augusta National left a mark, and to taking a few days off to binge watch Netflix, there were still lessons to be learned that he’s sure will be beneficial next year. Or maybe in 2020 or ’25 or wherever his quest to complete the career Grand Slam takes him.

“At least I got myself in the final group, I gave myself a chance and that will ultimately make next year easier when I hopefully get myself back in that position,” he said of this year’s Masters.

It’s been the story of McIlroy’s professional life. There have been dominant performances – like his eight-stroke victories at the 2011 U.S. Open and the ’12 PGA Championship – and emotional breakthroughs, such as his sun-drenched triumph in ’14 at Royal Liverpool.

There’s also been heartache. The ’11 Masters would certainly qualify when he closed with an 80 after starting the final round four strokes clear of the field. And inexplicable lapses in competitive judgment, such as his second-round 80 at the ’10 Open following a historic 63 on Day 1.

There have been peaks, like 2012 when he won four times on Tour, and valleys, like 2013 and ’17 when he went winless and failed to qualify for the Tour Championship.

Throughout it all, McIlroy has never been anything but honest, both with himself and those who study his every move.

“You're always going to look back and you're going to have things that you would have done differently, but at the end of the day if you look at it big picture-wise and things that I've accomplished and the things that I've learned over the last eight or nine years, it's been a pretty good run,” McIlroy said. “I’m still not quite into my 30s, but hopefully the next 10 years are even better.”

There will be no birthday celebration on Friday at Quail Hollow. That’s not McIlroy’s style, not when there’s work to be done.

“Hopefully, go out and shoot a 62 and we'll see what happens,” shrugged McIlroy, who opened with a 68 on Thursday and was just a stroke off the early lead. “If I happen to do well on Sunday and things go the right way, then I'll celebrate on Sunday night.”

The freckle-faced 18-year-old would probably be in awe of what McIlroy would accomplish, and eager  the next decade.