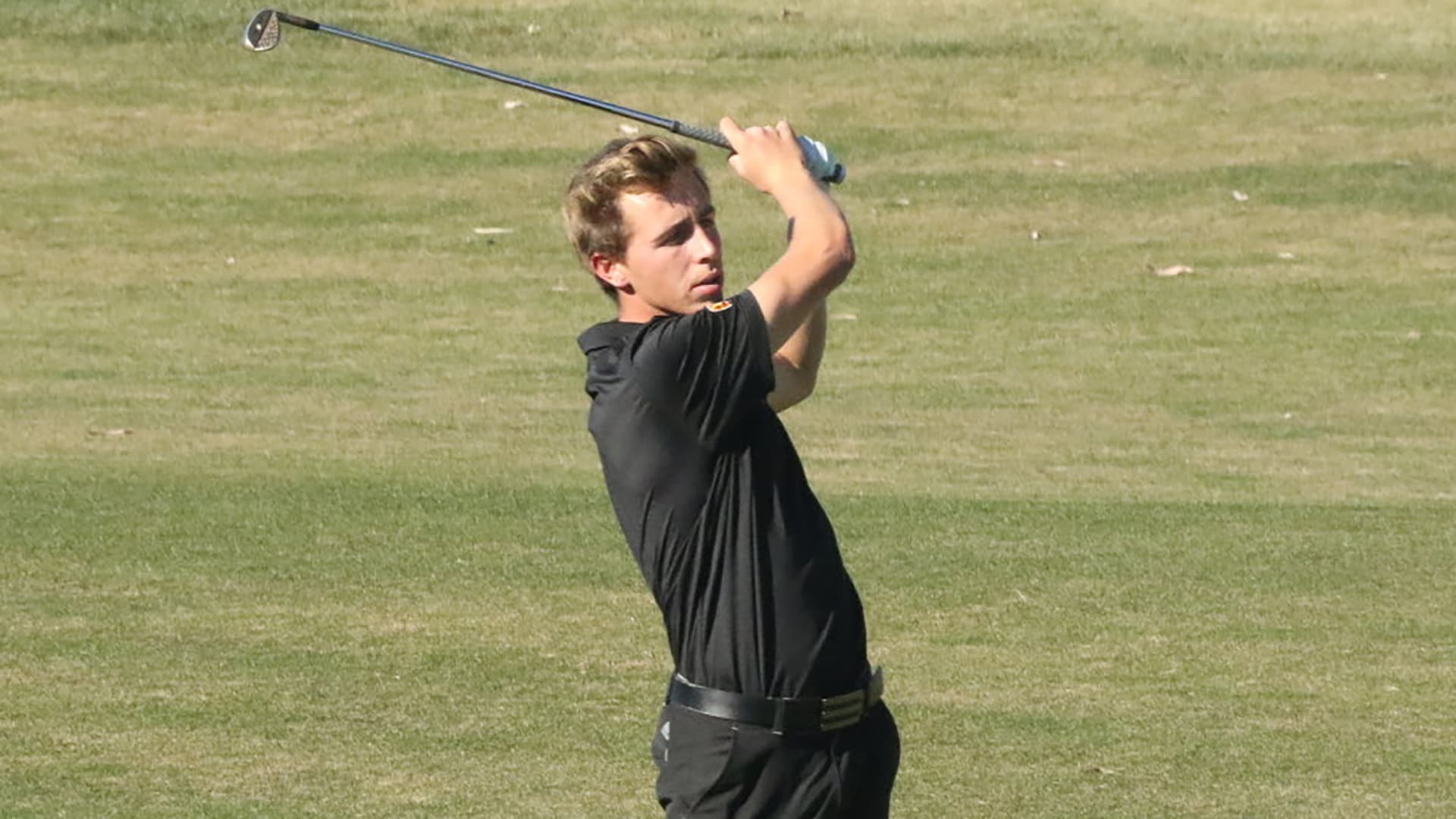 WESTLAKE VILLAGE, Calif. – For Arizona State head coach Matt Thurmond, it’s always been a matter of when, not if, David Puig would break out and become one of college golf’s top players.

Just six events into Puig’s career, the Sun Devil sophomore appears on the cusp of that ascension.

Through 36 holes of the Southwestern Invitational, Puig leads at 8 under and is two clear of fellow European standout Matthias Schmid of Louisville. Going toe to toe with Schmid in the final foursome Tuesday at North Ranch, Puig carded an eagle and five birdies, including a 20-footer on the par-4 18th hole, where he horse-shoed out a par chip a day earlier.

Puig’s 6-under 66 was the round of the day and two better than Schmid, the long-hitting German who is ranked No. 15, 18 spots better than his Spanish playing competitor, in the World Amateur Golf Ranking.

“Everybody on our team knows how good he is and he’s super accomplished, but it’s still just his sixth college tournament and it’s still new and tomorrow’s not going to be easy,” Arizona State head coach Matt Thurmond said. “He’s going to have to show some real majority, but I think what you saw today and what we saw in recruiting is that he’s a guy who’s built for the big moments, built for the big stage, and he gets better and better the bigger it is.”

Arizona State also leads as a team. The Sun Devils are 2 under, five ahead of Louisville and seven up on SMU and San Diego State. With his team tabbed No. 1 in the country by GolfChannel.com entering the spring, Thurmond knows Wednesday will be a good test for his players.

Not only will they have a big target on their backs but also several layers. The weather conditions are supposed to be brutal for Wednesday’s final round as a storm moves through, potentially bringing high winds, some rain and near-freezing temperatures.

Thurmond said the tough conditions only amplify skill, and few teams have the talent that the Sun Devils possess.

“It’s always cool to sleep on the lead,” Thurmond said. “These guys tonight are going to have friends texting them and reporters talking to them and they’re going to see all the posts on social media and they’re going to probably watch the coverage, so there’s going to be this flood of talk about them leading. That’s pressure and we want to be great under pressure. … I’m just excited to see what they bring tomorrow.”

Pepperdine head coach Michael Beard was equally excited for the final round after his Waves, the top-ranked team by the coaches, bounced back in a big way Tuesday. After shooting 20 over in the first round, Pepperdine was 31 shots better in the second.

Beard said his seniors took the lead on a team text thread Monday night and lit a fire under the squad, which responded emphatically. Sophomore stud William Mouw followed his worst college round (80) with a 2-under 70 while sophomore Dylan Menante birdied five holes on the back nine to shoot 68.

The Waves’ best round, though, came from senior Joey Vrzich, who didn’t crack the lineup last fall in four events. Vrzich, who transferred from Nevada before last season because he wanted to compete alongside the best, fired a 67 that included a hole-out eagle at the par-4 fifth hole, where he holed a 52-degree wedge from 120 yards out.

“I don’t think any of us wanted to watch the coverage yesterday just because we were so disappointed in ourselves,” Vrzich said. “It’s cool to see yourself on TV, but when you’re disappointed about what you did out there and what you shot, you don’t want to see that. Instead, you want to forget about it and make tomorrow a new day, and that’s what we did.”

Added Beard: “It was nice to have those guys step up today, but we gotta go out tomorrow and keep it going.”

Pepperdine, which last year beat Arizona State by 17 shots at North Ranch, is 9 over and 11 shots back. But with a sloppy finish expected, the Waves aren’t out of the mix by any means.