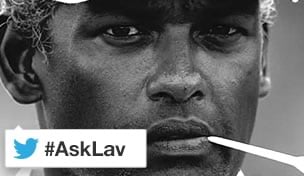 The past few days have been open season for Vijay Singh wisecracks, but doe-n’t you think enough is enough?

Seriously, though the Big Fijian may be an easy target for Twitter quips, no one is laughing at PGA Tour HQ.

After all, Singh is one of the most recognizable players in the game, a Hall of Famer, a 49-year-old lauded for his longevity, for his dogged work ethic. He has won 34 times (22 of which came after he turned 40), and risen to world No. 1, and captured three major titles. But Camp Ponte Vedra has no choice but to suspend Singh, who – in hunting jargon – didn’t even try to cover his scent, publicly admitting that he was using a banned substance, even though that substance is undetectable by the Tour’s drug testers.

IGF-1 – the chemical found in deer-antler spray – is still on the Tour’s banned-substance list, and thus warrants a suspension.

Forget Doug Barron. Sending Singh – a Hall of Famer! – to the sidelines for an extended period is the hunting equivalent of shooting a 12-point buck, save for the bloodshed, of course.

So with that, let’s see how these performance-enhancers really work as we power through a heartier-than-usual #AskLav mailbag. Pass the venison.

#AskLav.I don't understand why you would take such a drug without checking first to see if its banned or not!

Easily the most puzzling part. As Joe Ogilviepointed out this week, it should be a simple protocol for players: find a product, call the Tour, they say yes or no, case closed. Here’s an example: Over the offseason Keegan Bradley wanted to take Creatine, so his trainer went back and forth with the Tour for two weeks, trying to find out if it was allowed. (It was.) Even then Bradley was worried about running afoul of the rules, so he kept asking, Are you sure? Why a player would not check with the Tour before ingesting a substance is equal parts arrogance, ignorance and stupidity.

So, are you implying that I need it? Read the rest of the column and judge for yourself.

Come on, this isn’t like differentiating between Coke and Diet Coke. I doubt deer-antler spray comes in legal and illegal forms – the banned substance is what makes the product effective, no?

#AskLav In other sports the rule is that the athlete should know what he puts in his body. Auto Susp. Shouldn't this apply to VJ?

In this hypersensitive era of drug testing, ignorance is no excuse – and is no defense in the PGA Tour’s Anti-Doping Policy either, as Rex Hoggard points out here. Have you ever believed an athlete who said he didn’t “knowingly” take a substance? No way. Not after all we’ve learned in the past doping decade. A suspension should be forthcoming.

@ryanlavnergc what more can be done for slow play? 3hrs 50 mins for 11 holes on Monday for Woods was not on. #AskLav

@golfchannel @ #AskLav why won't the tour address slow play properly? It's a disgrace ! Monday was the worst yet but it is always dreadful.

Here is the only solution: strokes. Under the current system, a player can receive 10 bad times before receiving his first fine. After that, the fine increases. The problem is, these guys are playing for millions of dollars; small fines are little deterrents. There’s no incentive to play faster. Penalize the slowpokes on the leaderboard – a stroke is money, anyway – and they’ll speed up in a hurry.

Is Tiger Woods' win Sunday a blip, or a sign of things to come this season? #AskLav

A blip? Woods has won four times in his past 16 PGA Tour starts – that’s a pretty good clip. Rory has the same number of wins over that span. The only surprise to me was that Tiger rebounded so quickly from his MC in Abu Dhabi. If history is any indication – remember, his record in the majors after a Torrey Pines ‘W’ is pretty stout – this is setting up to be a monster year for Tiger.

Depends on the player and his contract. Nobody will put a new driver in the bag, for instance, if he doesn’t feel comfortable. If he doesn’t play well with it, that reflects poorly on the company.