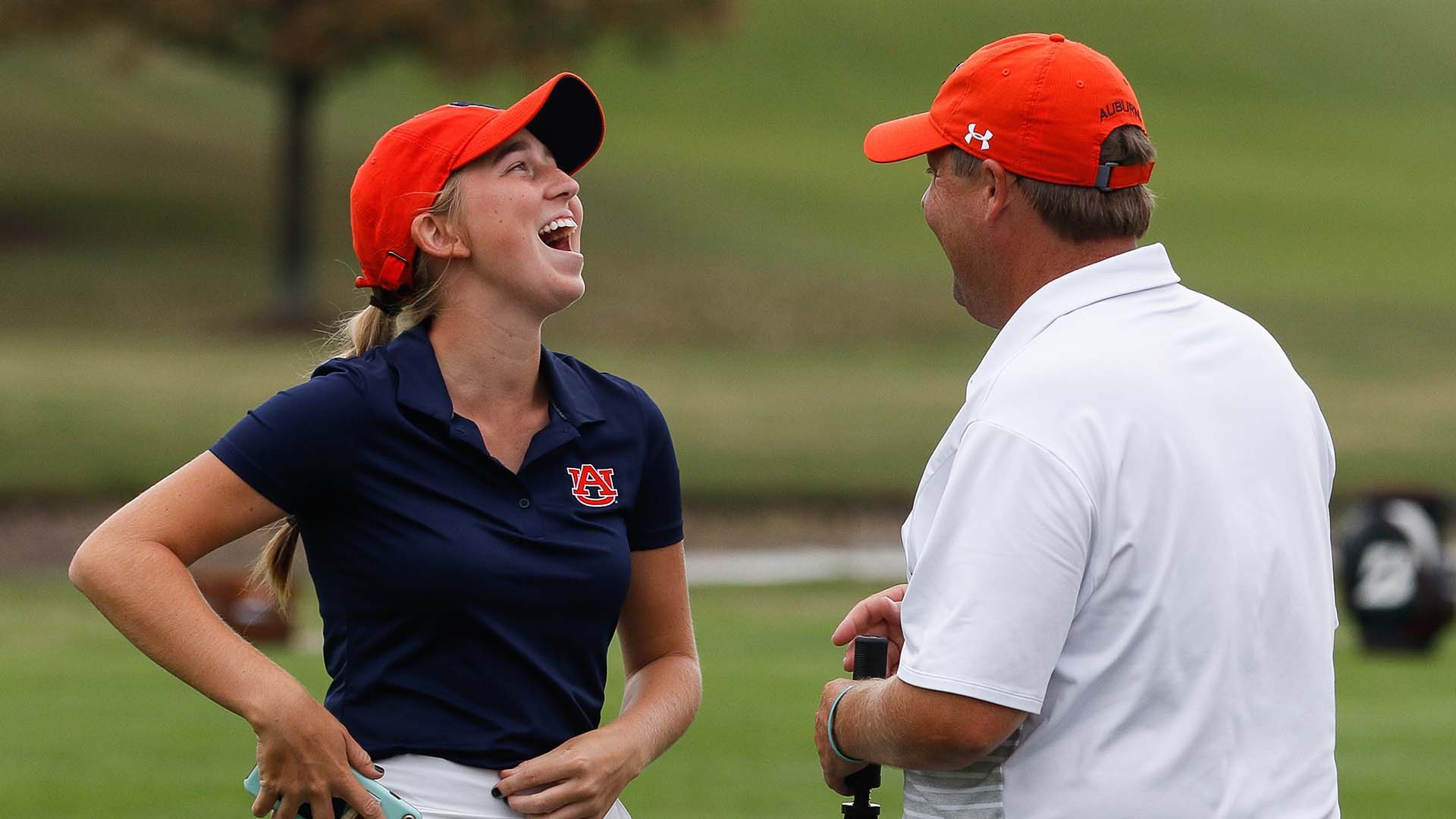 ATLANTA – Five months after knocking off top-seeded Texas and making a surprise run to the NCAA semifinals, the Auburn women added to their match-play credentials Tuesday at the East Lake Cup.

After finishing last, nine shots back of first-place Duke, in Monday’s stroke-play round, the Tigers found themselves as the fourth seed, facing a semifinal date with the Blue Devils.

Again, they pulled off the upset.

Auburn beat Duke, 3-2, to earn a spot in Wednesday’s final opposite Wake Forest, which topped Arizona, 3-1-1, in the other semifinal. The Tigers’ victory wasn’t as close at it seemed, either, as freshman Megan Schofill topped Miranda Wang, 4 and 3, sophomore Brooke Sansom downed Gina Kim, 3 and 2, and junior Mychael O’Berry waxed Ana Belac, 5 and 4.

“They were very ready to play,” Auburn coach Melissa Luellen said. “I think that’s our experience we pulled from last year in match play. … We’ve had some really good experience in match play and some good film and good feelings.”

In many ways, match play was just what the doctor ordered for the Tigers, who began the fall with a 10th-place finish at the Cougar Classic and have yet to regain the momentum they generated last May in Arkansas despite returning their entire roster.

“It’s almost like we had a little bit of a hangover,” Luellen said. “We were expected to play well, and we didn’t start out playing well at all.”

Injuries were mostly to blame, especially one to the left wrist of junior star Julie McCarthy. McCarthy, who suffered the injury last spring, made things worse by playing the Palmer Cup and Evian Championship this summer. She shut it down after shooting 86-77 in her major debut and missed the team’s first two fall events before returning to tie for ninth at the Magnolia Invitational.

“It’s holding up,” McCarthy said, her wrist still wrapped with tape Tuesday after a 3-and-2 loss to Jaravee Boonchant. “But it just feels good to be back traveling with the girls.”

Auburn also has struggled with mistakes. Last fall, the Tigers began charting their miscues for each tournament, and at the Cougar there were almost too many to count.

As for Tuesday’s error number? “Oh, there were still plenty,” Luellen said.

Yet still a noticeable improvement for a team that is slowly regaining its form. When healthy, McCarthy is a potential first-team All-American while fellow junior Kaleigh Telfer isn't far behind. Schofill, who Luellen says possesses the maturity of a "well-seasoned pro," is one of the top freshmen in the country in a class filled with talented first-year players.

A year ago, Auburn capped the fall with a win in Mexico. On Wednesday, the Tigers could again head into the break on a high note.

It will take another upset – this time of national-title-contender Wake – but this group has proved many times that it’s up to the task, especially when it involves match play. 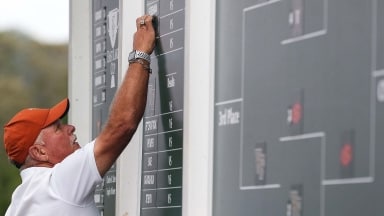 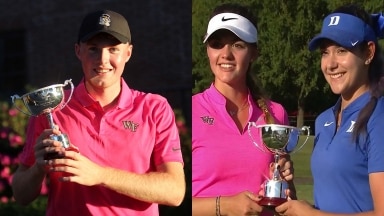 Wake Forest's Mark Power was solo medalist on the men's side Monday, as Wake's Vanessa Knecht and Duke's Ana Belac shared low honors for the women.