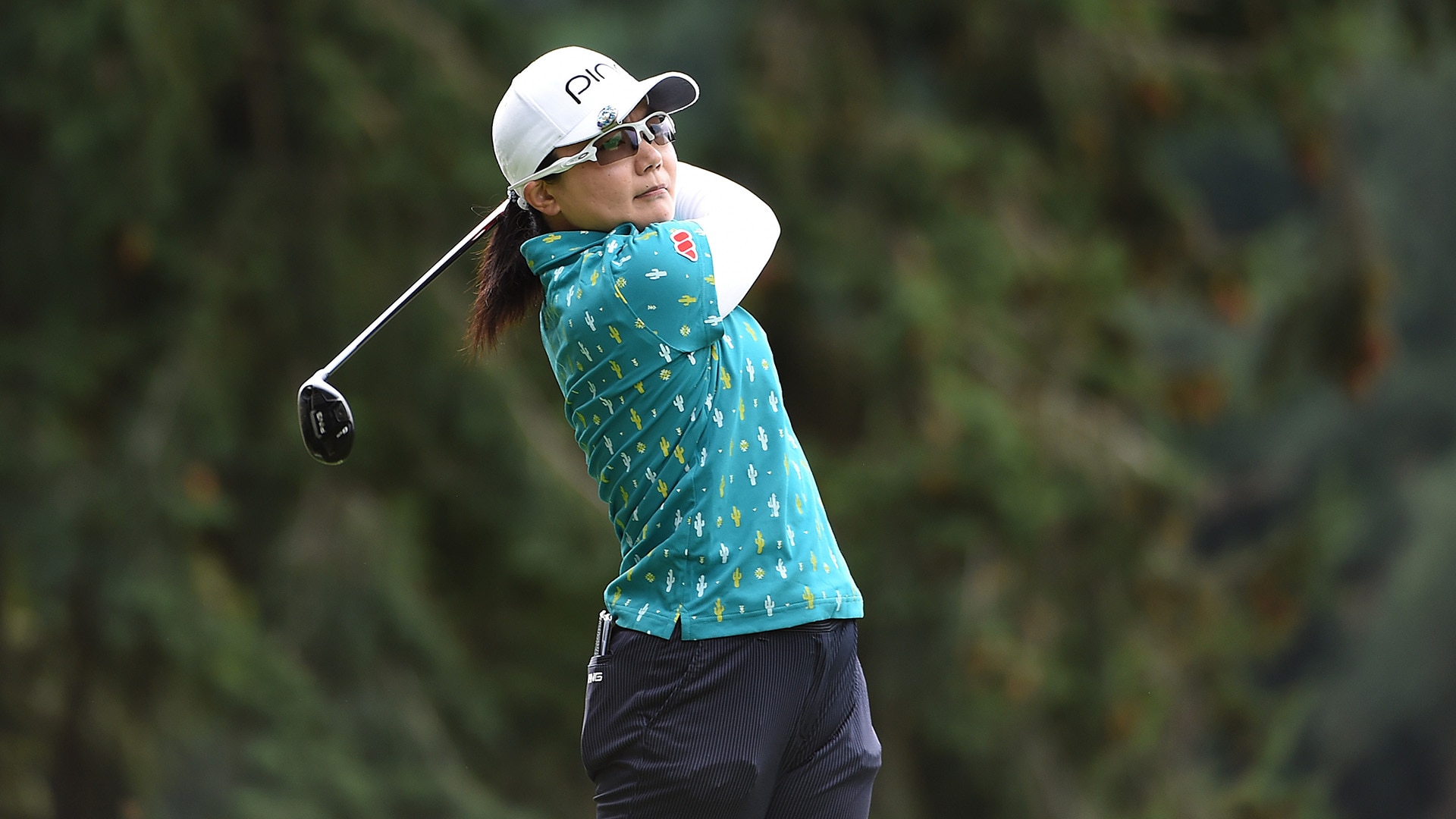 PORTLAND, Ore. — Ayako Uehara found momentum from par saves on her opening two holes and turned that into a 7-under 65 for a one-shot lead in the AmazingCre Portland Classic.

Hannah Green had a 66 despite a bogey on her final hole at Columbia Edgewater Country Club, with Nelly Korda in the group another shot behind.

In a year in which the LPGA has already had eight first-time winners, Uehara would be a surprise. The 38-year-old has been on tour for a decade, and her only three victories came on the Japan LPGA.

Add that to Uehara missing so much of the year with a lung condition that made it difficult to breathe. She was treated and declared fully healthy, but not until she missed six months, returning two weeks ago at the Dana Open in Ohio.

“This is my third tournament. I think I’m very excited about it and then glad to be out here,” Uehara said.

Uehara saved par twice to start the round, and then made five birdies over the next seven holes. After her lone bogey on the par-3 13th, Uehara birdied three of the last four holes to grab the early lead.

Among the late starters were Brooke Henderson and Maria Fassi, who is coming off a career-best result, finishing third last week to boost her chances of getting into the top 60 for the season-ending CME Group Tour Championship.

Korda, the No. 2 player in the women’s world ranking, had a colorful front nine with only two pars. She followed a birdie with a double bogey on the par-4 sixth hole, and then responded with an eagle-birdie-birdie finish.

“Kind of up-and-down day, but ended on the good side,” Korda said. “Overall, I played some solid golf. Maybe made a few stupid errors, but that’s golf.”

Korda is still looking for her first LPGA win of the year. She missed four months early in the year because of a blood clot in her left arm and has won on the Ladies European Tour. A good stretch could help her return to No. 1 in the world with Jin Young Ko, the defending champion in Portland, out for a month to rest her left wrist.

And it would help to avoid the trees, a tall order on such a tree-lined course.

“It’s such a beautiful golf course. So many big, tall trees,” Korda said. “But they’re very thick and they’re very high. They also start very thick, like they’re very low. So when you miss a fairway it’s hard to get through the trees.”

Joining her at 67 were former Women’s Open champion Hinako Shibuno and Caroline Inglis. 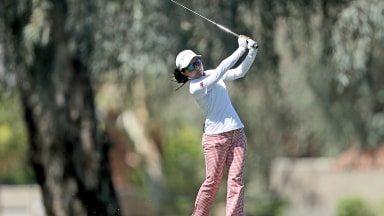 Ayako Uehara quickly climbed to the top of the leaderboard Thursday at the ANA Inspiration, and then afterward credited her coach for her elevating game. 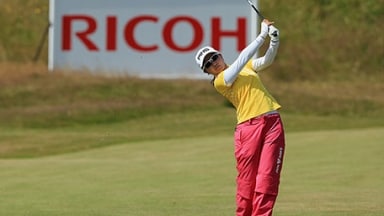 Ayako Uehara of Japan felt confident with the putter and played in the best weather Royal Birkdale has to offer. It was the right combination to take the lead Thursday in the Women's British Open.