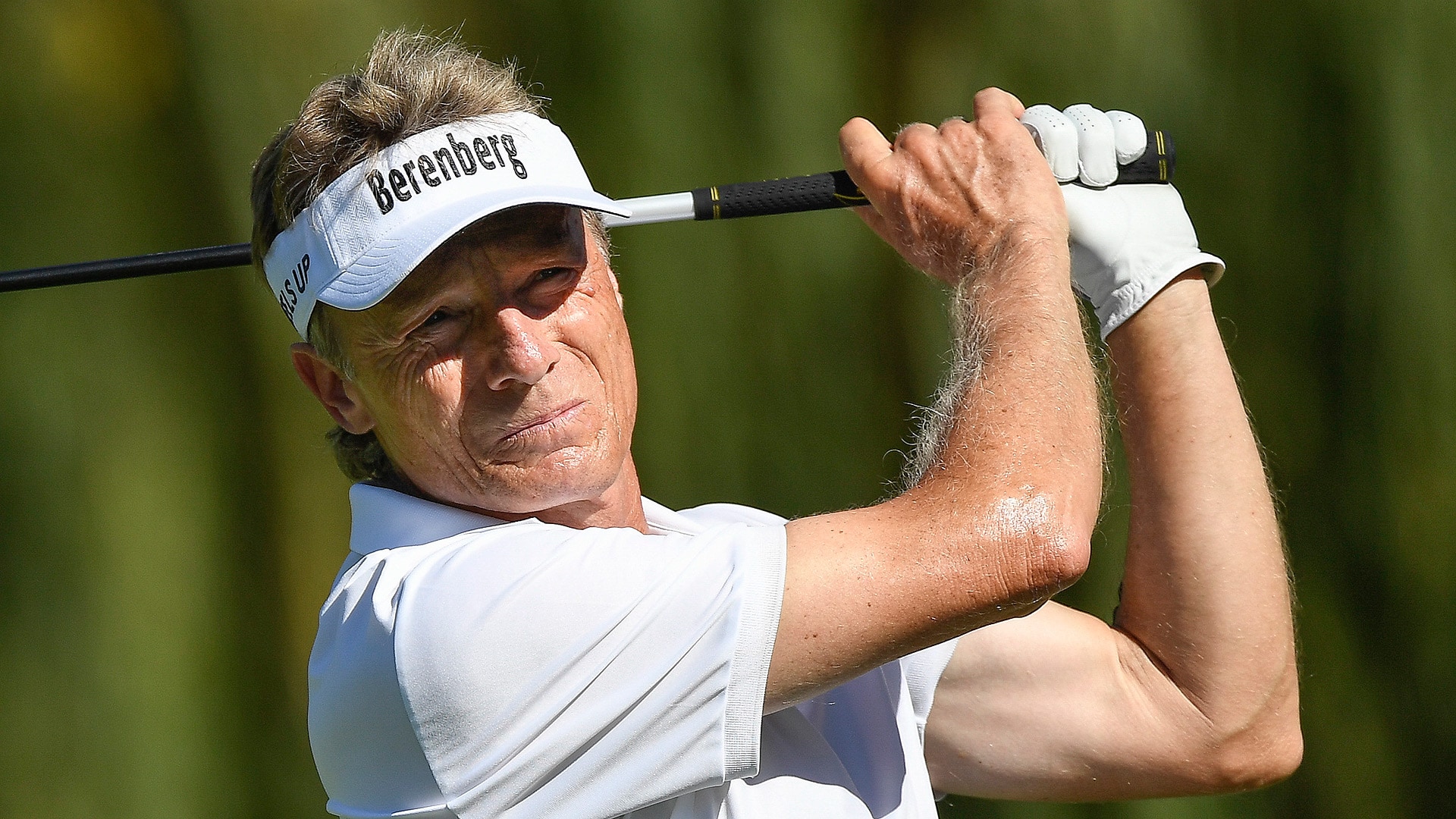 Bernhard Langer was the best player on the PGA Tour Champions in 2017, but it won't be his name that goes on the season-long Charles Schwab Cup trophy.

That's because Kevin Sutherland shot a final-round 66 to win the season-ending Charles Schwab Cup Championship by one shot over Vijay Singh. Because Sutherland started the week No. 5 in the points race, he was assured of winning the season-long trophy with a victory at Phoenix Country Club.

This is Sutherland's first tournament victory since his lone PGA Tour title at the 2002 WGC-Accenture Match Play Championship. It marks the first time since 2013 that someone other than Langer won the season-long trophy on the over-50 circuit.

Sutherland's title is the product of a system designed to ensure that drama endures to the very last event. It's modeled after the PGA Tour's FedExCup, which was tweaked after Singh clinched the trophy in 2008 after only two of the four playoff events. Now both tours feature a system where multiple players are guaranteed to win the season-long title with a victory in the final event.

But it's also a stunning conclusion to a phenomenal season for Langer, who tied for 12th and finished five shots behind Sutherland. He won seven tournaments this season, including three of the five majors and each of the first two events in the three-week postseason run. Langer had 16 top-10s and 21 top-20s in 22 starts this season.