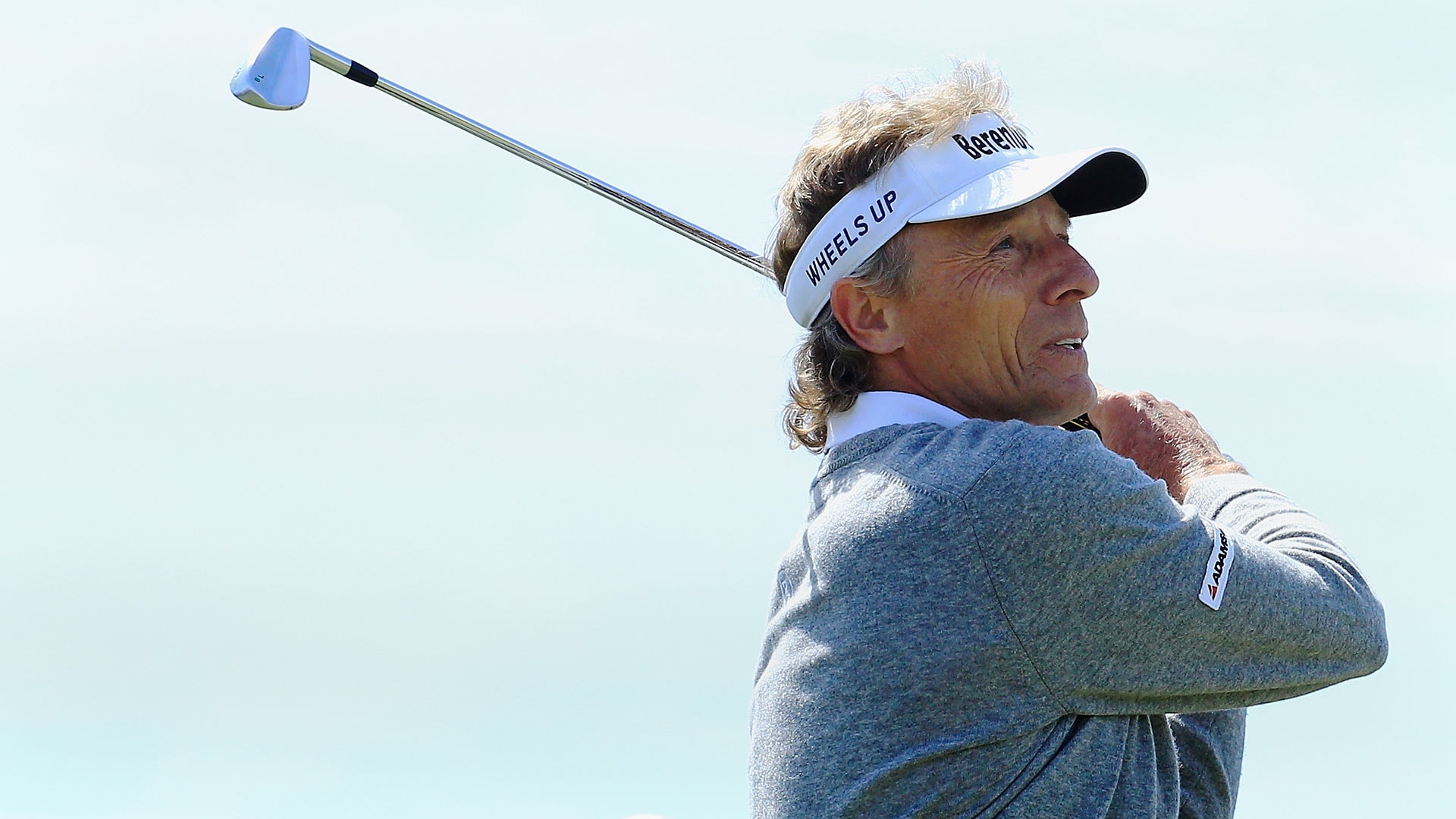 THE WOODLANDS, Texas – Bernhard Langer plodded his way to an even-par 72 on Saturday, good enough to maintain the lead at the Insperity Invitational as the leaderboard bunched up behind him.

Langer was at 9-under 135 and had a one-shot lead over three players after he followed up his course-record-tying opening-round 63 by making just two birdies and two bogeys at The Woodlands Country Club. The second bogey was especially painful, following his birdie on the par-5 15th with a missed 2-footer on the par-3 16th.

''It was a tough day, Langer said. ''The wind was up and the pins were difficult at times. I played really good for the most part, but I just did make as many birdies, and I missed that really short one there ... three-putted from 12 feet or so. That one hurt. I didn't take advantage of the par 5s, either. I just didn't get much going.''

The 60-year-old German, a three-time winner of the Houston-area event, is seeking his first victory of 2018 after seven wins last year. A victory would be his fourth after turning 60, the most in PGA Tour Champions history.

Tom Pernice Jr. (68), Miguel Angel Jimenez (69), Mark Calcavecchia (69) and Scott Dunlap (70) were one stroke behind. Jimenez turned in 32 to join Langer at 9 under, but made two bogeys and just one birdie on the back nine.

Bart Bryant (67) and local favorite Jeff Maggert (71), who lives in this sprawling suburb north of Houston, trailed by two.

Kenny Perry birdied four of the final five holes for a 65, the low round of the day, and was one of eight players sitting three shots back. This is the second start of 2018 for the 57-year-old Perry, who's recovering from shoulder surgery.

''I'm just trying to work on my game to get ready for the majors,'' said Perry, who has won four of them as a senior. ''I really can't expect much (because of the shoulder), so it was a good day. They threw me in the lion's den with Langer and (Jerry) Kelly. They've been playing great all year. I was a little out of my element.''

NOTES: In a 3M Greats of Golf scramble, Annika Sorenstam teamed with Jack Nicklaus and Gary Player to shoot 10 under. It was the Swedish Hall of Famer's first time playing in the exhibition. The team of Fuzzy Zoeller, Charles Coody and Bill Rogers tied with Dave Stockton, Larry Nelson and Hale Irwin at 12 under. Tom Weiskopf, David Graham and Tony Jacklin were 10 under.