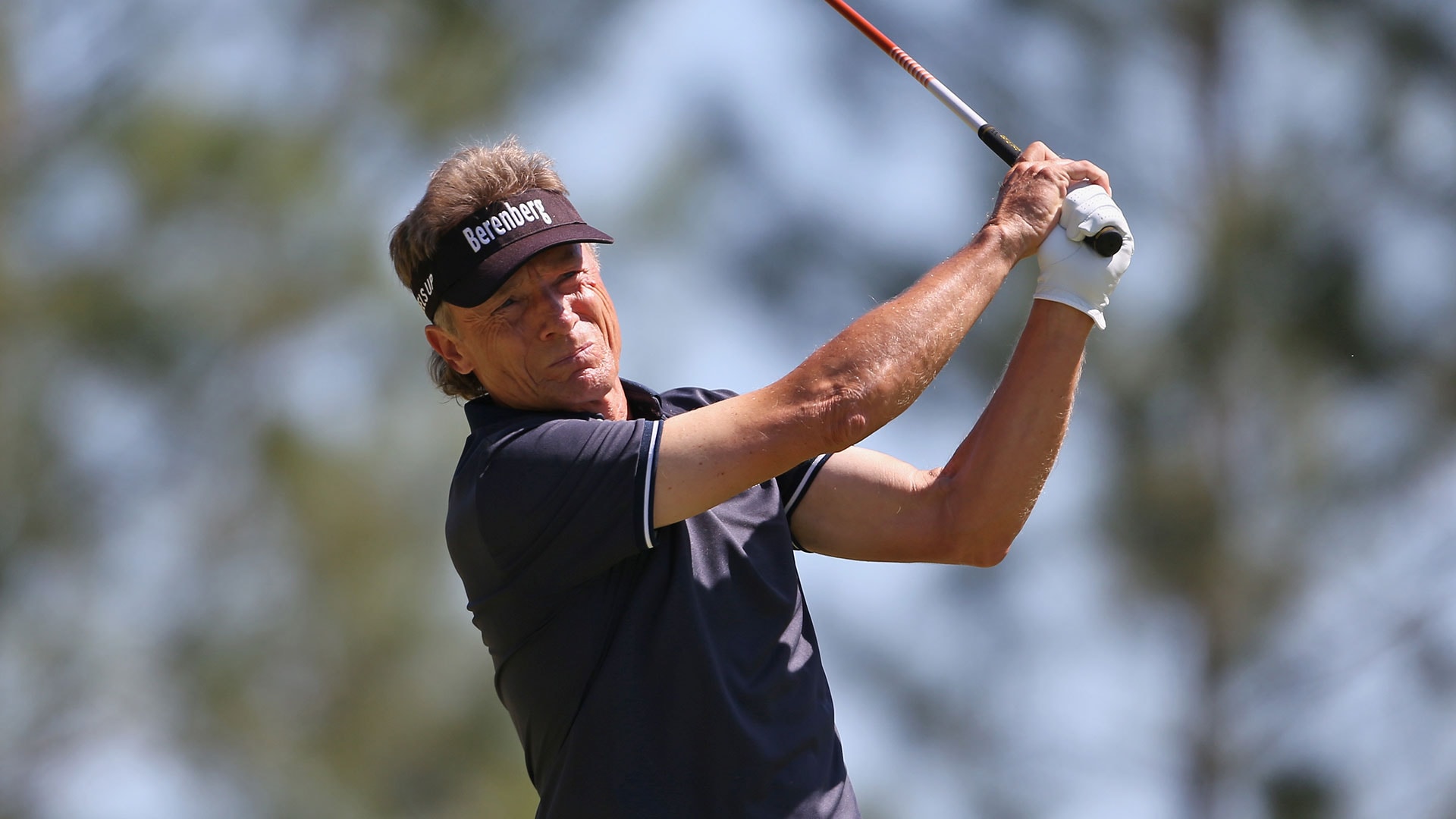 THE WOODLANDS, Texas – It took Bernhard Langer nine starts to pick up his first PGA Tour Champions victory of the year, and it was tougher than he imagined.

He started with a one shot lead and before he could reach the turn, Langer fell as many as four shots behind. He rallied to take the lead, only to block a tee shot toward the trees on the final hole, catch a small break because a TV structure was in his way, and scramble for par.

It ended with Langer knocking in a par putt just inside 4 feet for a 2-under 70 and a one-shot victory in the Insperity Invitational.

Langer won for the 37th time on the PGA Tour Champions - only Hale Irwin with 45 victories has more - and for the fourth time at the Insperity Invitational.

Paul Goydos led for much of the back nine until he started fighting his swing. He dropped two shots over the final five holes, including a bogey on the 18th that gave him a 68. He tied for second with Jeff Maggert and Bart Bryant, who each had a 69.

''I'm always surprised when I play well, especially this week,'' said Gyodos, who had not finished higher than 24th this season. ''I had no inclination that I ws going to be remotely competitive. But I probably made the most birdies of anybody (for the week) but also, as it turned out, too many bogeys.''

He was 2 over for the final round through eight holes at the The Woodlands Country Club and at one point noticed that Goydos was starting to pull away. Langer made a key birdie at No. 9, added one to start the back nine and then made birdie on both par 5s.

''I figured I needed 12 under to have a chance. I was fortunate that 11 under did it,'' Langer said.

He last won in the penultimate Schwab Cup playoff event last year. Not only did he go the first four months without winning, Langer was out of the top 15 in four out of five starts earlier in the season.

He was getting closer, losing in playoffs each of last two PGA Tour Champions events.