Best for the team? Tiger benches himself, offers little explanation 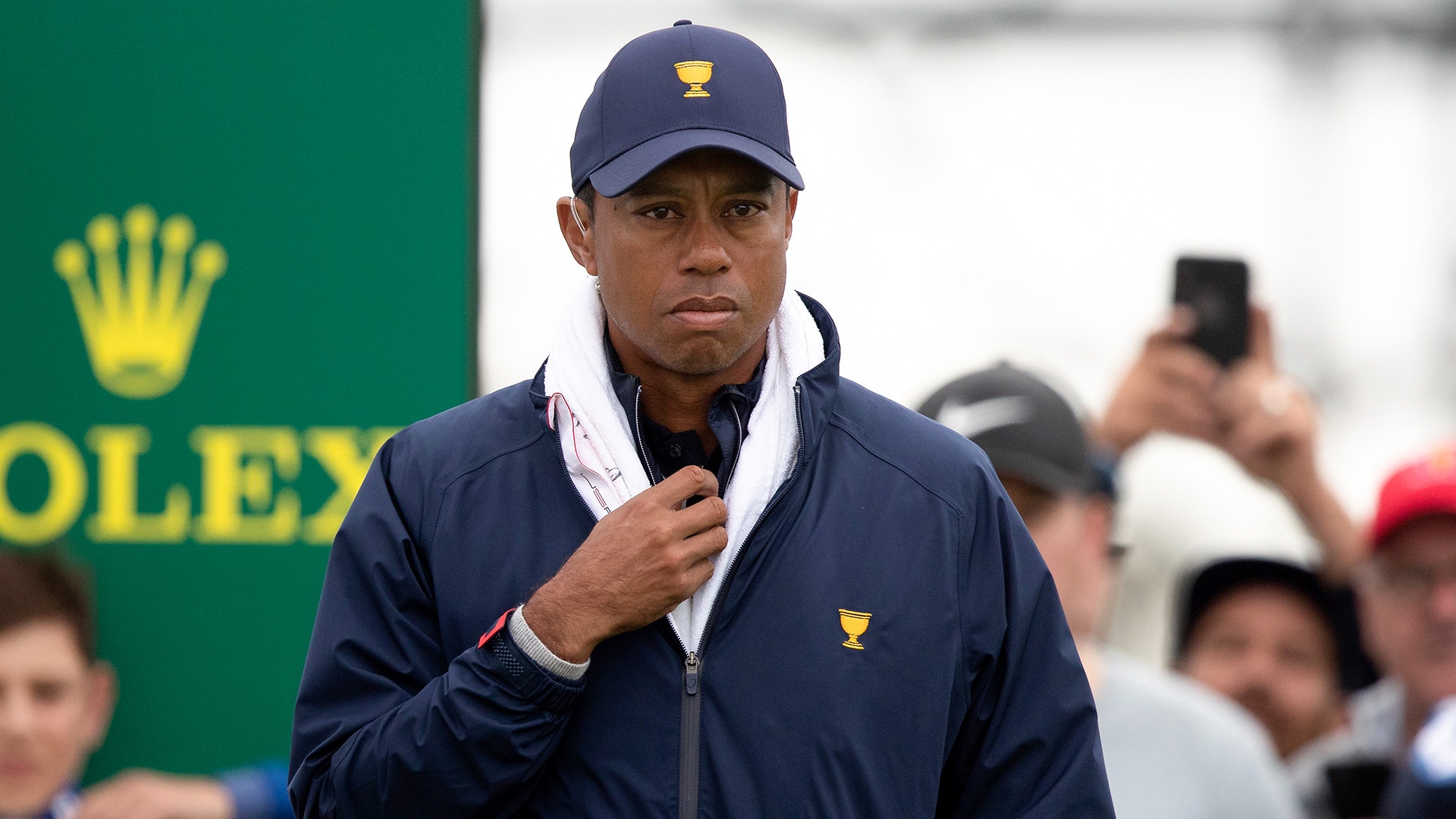 MELBOURNE, Australia – In the tense final minutes of Saturday’s fourball session at the Presidents Cup, U.S. captain Tiger Woods needed to be in three places at one time.

Woods, the captain, needed to be with the morning’s final group, with his team clinging to life in what was quickly becoming a must-win match. If the Americans couldn’t flip this match, or at the least force a tie, they’d fall behind 9 1/2 to 4 1/2, and it would be getting late early in Australia, barring a dramatic afternoon turnaround.

Woods, the captain, also had an appointment with the media to announce his afternoon foursomes pairings.

Meanwhile, Woods, the player, needed to prepare for an afternoon match after sitting out the morning session. After four back surgeries, it's a warmup that has become intense and time-consuming.

It felt like a safe assumption Woods was going to play the final team session. He had to. Along with Justin Thomas, who he teamed with to go 2-0 to start the week, Tiger has been the United States' most productive player. Although every captain has a unique plan, the one thing you don’t do is sit the hot hand.

But Woods wasn’t with the final match. And he wasn’t on the practice range or the trainer’s table. Captain Woods was in the media center, announcing a foursomes lineup that didn’t include Player Woods to the dismay of nearly everyone in attendance.

Even Ernie Els, Woods’ International counterpart, was surprised that the U.S. captain benched himself.

“Yes, especially the way he's been playing with JT,” Els said. “I thought Tiger would play this afternoon.”

Woods has repeatedly referenced having contingency plans this week. The captain’s attention to detail has been on display since he took the job, and his goal was to never be surprised. That can only mean that there was a possibility, however remote, that he wouldn’t play himself on Saturday.

Of course, the circumstances surrounding his benching remain a mystery.

Woods' only explanation: “You have to do what's best for the team, and I'm getting ready for the singles tomorrow."

On a blustery day at Royal Melbourne, Woods looked as if he was dressed for a trip Antarctica, with a towel wrapped around his shoulders to ward off the cold and wind. Given Woods’ regular bouts with injury, it’s not a stretch to see his decision to skip Saturday as a precaution to assure he’s at his best for Sunday’s singles.

Asked if he was injured, however, Woods offered a quick, “no.” But that seems to ignore the obvious.

“It's a cold day, a cold morning, and we have all been up since very early. I could see it, when I saw Tiger today, this morning, he was walking a little bit stiff, you know, because he was a bit tight,” Els said. “It must be a little bit of a setback to them because Tiger has done so well in the last couple of sessions.”

There’s also the possibility he simply felt more comfortable with the pairings he sent out. Thomas paired well with Rickie Fowler to earn the U.S. team’s only full point Saturday morning, and Kuchar and Finau squeaked out a clutch tie in the final match to keep the Americans within four points.

The counterpoint is sending Dustin Johnson and Gary Woodland out in the alternate-shot format. The two bombers are perfect for best-ball play, but the more demanding foursomes format is probably not their strong suit. Woods also sent out Xander Schauffele and Patrick Cantlay for the afternoon session, which means the two rookies will play all four team sessions after getting trounced early Saturday, 3 and 2.

Whatever the thinking, it ignores the most basic axiom of captaining: You don’t sit the hot hand. It’s a truth that even Woods acknowledged, however begrudgingly.

“I tried to talk myself out of [sitting], too. But you know, it is what it is, and we're going to go out there and try and get some points today and be ready for tomorrow,” he said.

Perhaps Woods’ gamble pays off, and the U.S. team finds a way to play their way back into the match, but that likely won’t stop the second-guessing.

Life as a playing captain was always going to be a challenge, but if Woods’ surreal choices are any indication, the gig might be even more difficult than Tiger imagined.