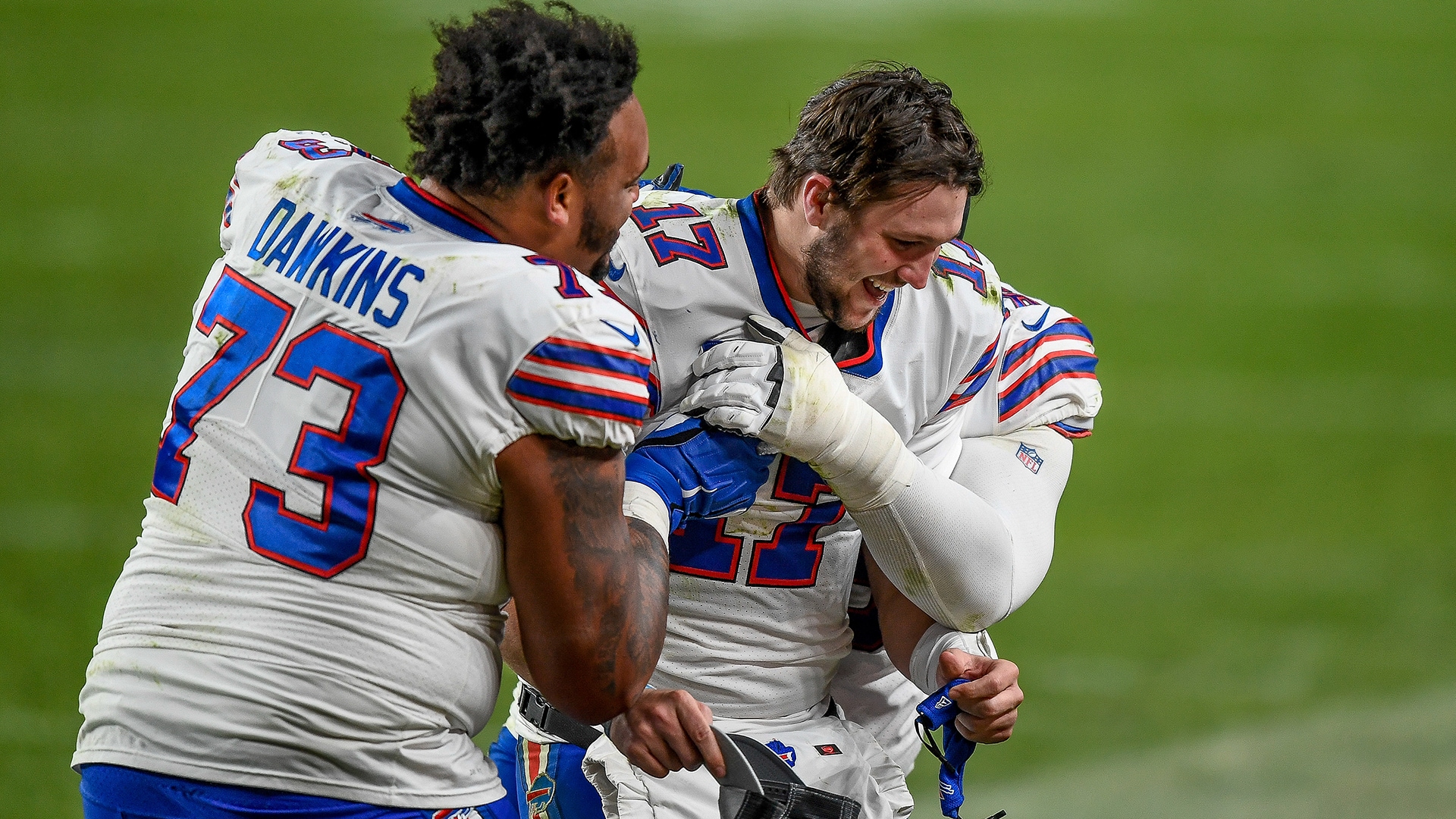 "You can just tell he puts time and thought and effort into it," Bills left guard Ike Boettger told The Buffalo News. "It just says a lot about him and the kind of leader that he is."

Two Christmases ago, Allen gave his offensive linemen new iPads. Last year, he gifted them Traeger grills. This year, according to the News, he presented them with new golf clubs and lessons.

Each lineman received a set of Callaway woods and irons, an Odyssey putter, an Ogio golf bag with personalized name tag, personalized golf balls and lessons with the head professional at Craig Burn Golf Club, which is located near the Bills' practice facility in East Aurora, New York.

“It’s really cool. Obviously, gifts are extremely hard to buy for guys that have basically everything already,” said Allen, who is an avid golfer. “I talked to them, and none of them had their own custom golf clubs, so it’s something that many of these guys maybe haven’t even done yet. Giving them the opportunity to go out and expand their horizons, try something new and just hang out on the golf course and get away from football for a little bit in the offseason, it’s something I love doing and hopefully one or two of them – or maybe even all of them, pick the game up and start to enjoy it as much as I do.”

Allen just hopes that his teammates aren't free to play until mid-February.