Blown lead in China won't be on DJ's mind 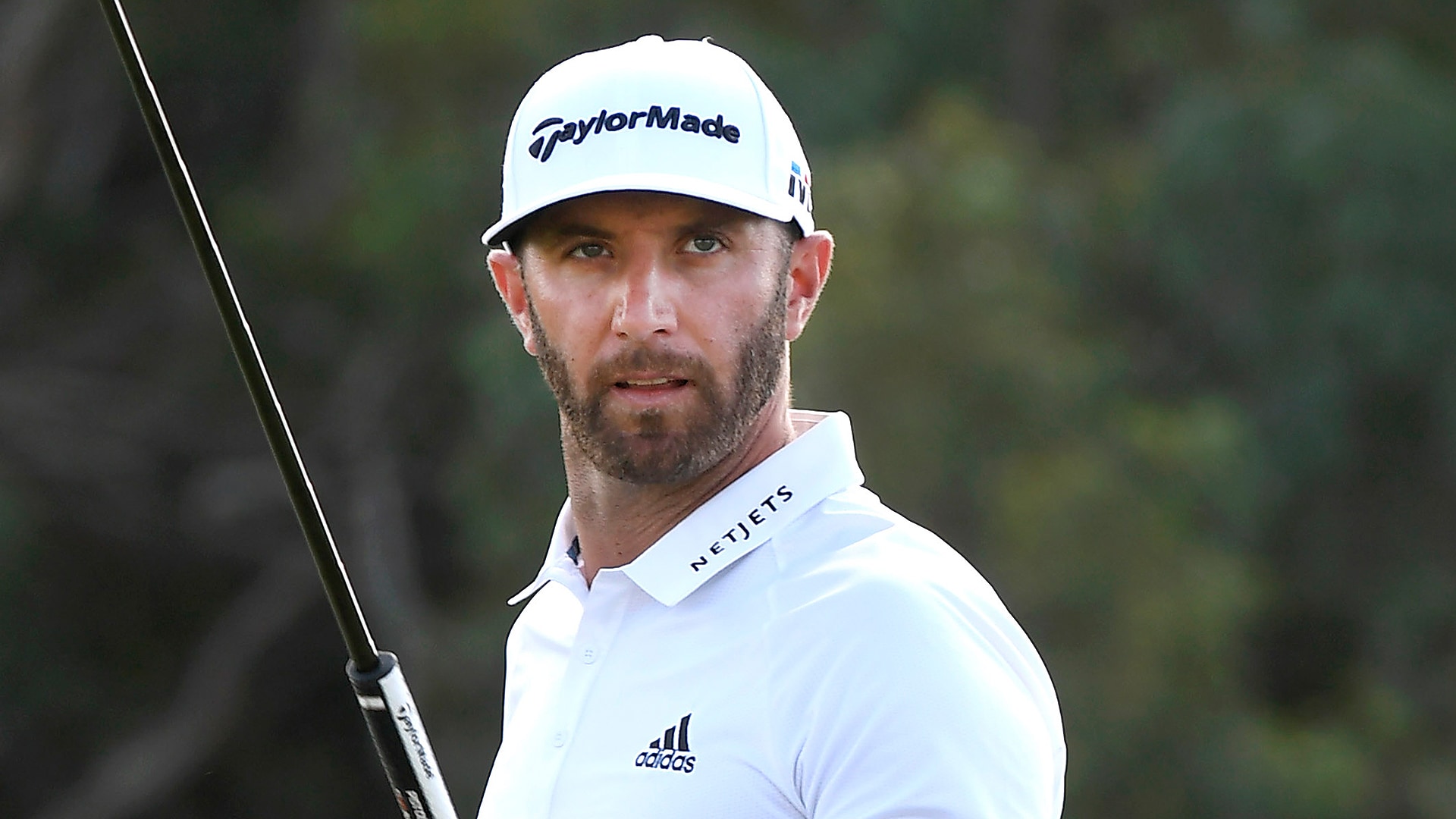 KAPALUA, Hawaii – There are definite benefits to the uncluttered mind, particularly for a professional golfer.

Dustin Johnson, the game’s preeminent heavyweight, was asked what, if anything, he remembers from his runner-up finish in October at the WGC-HSBC Champions.

“I didn't until [Golf Channel] just asked me about it a minute ago,” he shrugged. “I mean, look, it was a long time ago. It's a completely different golf course. It was, what, two months ago or something. So, yeah, I'm going to try not to think about it tomorrow. Hopefully I won't.”

To fill in the blanks from that bygone event (it was just two starts ago for DJ in October), Johnson began the final round in China six strokes clear of the field and rolling following rounds of 68-63-68. On Sunday, the world No. 1 bogeyed the first, bogeyed the second and failed to make a birdie on his way to a closing 77. He finished two strokes behind champion Justin Rose.

But those are details that Johnson has little interest in.

“I try to forget whether I win or lose,” Johnson said.

Johnson’s famous short-term memory is considered one of his best attributes, right up there with that power game off the tee and sublime wedge play (see Open, U.S., 2015).

That blinders mentality is worth noting because Johnson will again take a lead - two strokes this time - into the final round on Sunday at the Sentry Tournament of Champions with some of the game’s best and brightest closing in from all sides.

Those around Johnson confirm his ability to so easily forget ghosts of past tournaments.

“D.J.'s a guy that forgets pretty quickly,” said Rickie Fowler, who is among the group of would-be party crashers at Kapalua. “I don't think he remembers China. So that's one of the reasons why he is the best player in the world right now. He quickly forgets, moves on.”

Of course, short-term memory won’t help Johnson negotiate winds that have whipped to 30 mph this week. Credit for that goes to a game that appears dangerously close to the level he was at when he won three consecutive starts last spring and turned down Magnolia Lane the runaway favorite to win the Masters.

He also seems to have dialed his wedge play back in, as evidenced by his pitch at the 12th hole from 60 yards that bounced just short of the green and ran into the hole for eagle and solo possession of the lead.

“I was kind of looking just left of the flag, but short of the green and it hit and rolled on the green,” Johnson said. “I knew once it got on the green that it was going to be pretty good. And, obviously, it went in, so that was definitely a nice bonus.”

If there is to be a sequel to Johnson’s meltdown in China, there are plenty of potential dark-horse options.

Fowler is five strokes back after a third-round 68 and has some recent history in come-from-behind victories, having rallied from seven strokes back heading into the final round on his way to victory last month at the Hero World Challenge.

Jon Rahm is also positioned to make a move after a third-round 66 moved him to within four strokes. The Spaniard had a similar clash with Johnson at last year’s WGC-Dell Technologies Match Play when the duo went head-to-head in the final match, which was won by Johnson; and again at the World Golf Championship in Mexico City when Rahm finished two strokes behind Johnson.

“I do enjoy it, but the outcome hasn't been great for me,” Rahm said when asked about his duels with Johnson. “Hopefully I can play good down the stretch like I've been doing and just start a little better on the front nine.”

The most likely candidate to unseat Johnson, however, may be the most unconventional.

Brian Harman has played the role of giant slayer before, just last year, in fact, at the Wells Fargo Championship when the 5-foot-7 southpaw went toe-to-toe with the 6-foot-4 leviathan.

He closed with back-to-back birdies at Eagle Point Golf Club to beat Johnson, who was, at the time, on a dominant run having won three consecutive events.

It’s a role Harman cherishes, an us-against-the-world mentality born from a 360cc chip on his shoulder.

“I'm going to try to put as much pressure on the golf course as I can. I'm going to try to do the best I can on every shot,” said Harman, who is alone in second place two strokes back and will be paired with Johnson in the final round. “I can't control what Dustin does. He's a fabulous player, he's going to be really hard to beat tomorrow, but trying to do something I'm not capable of is not the way to do it.”