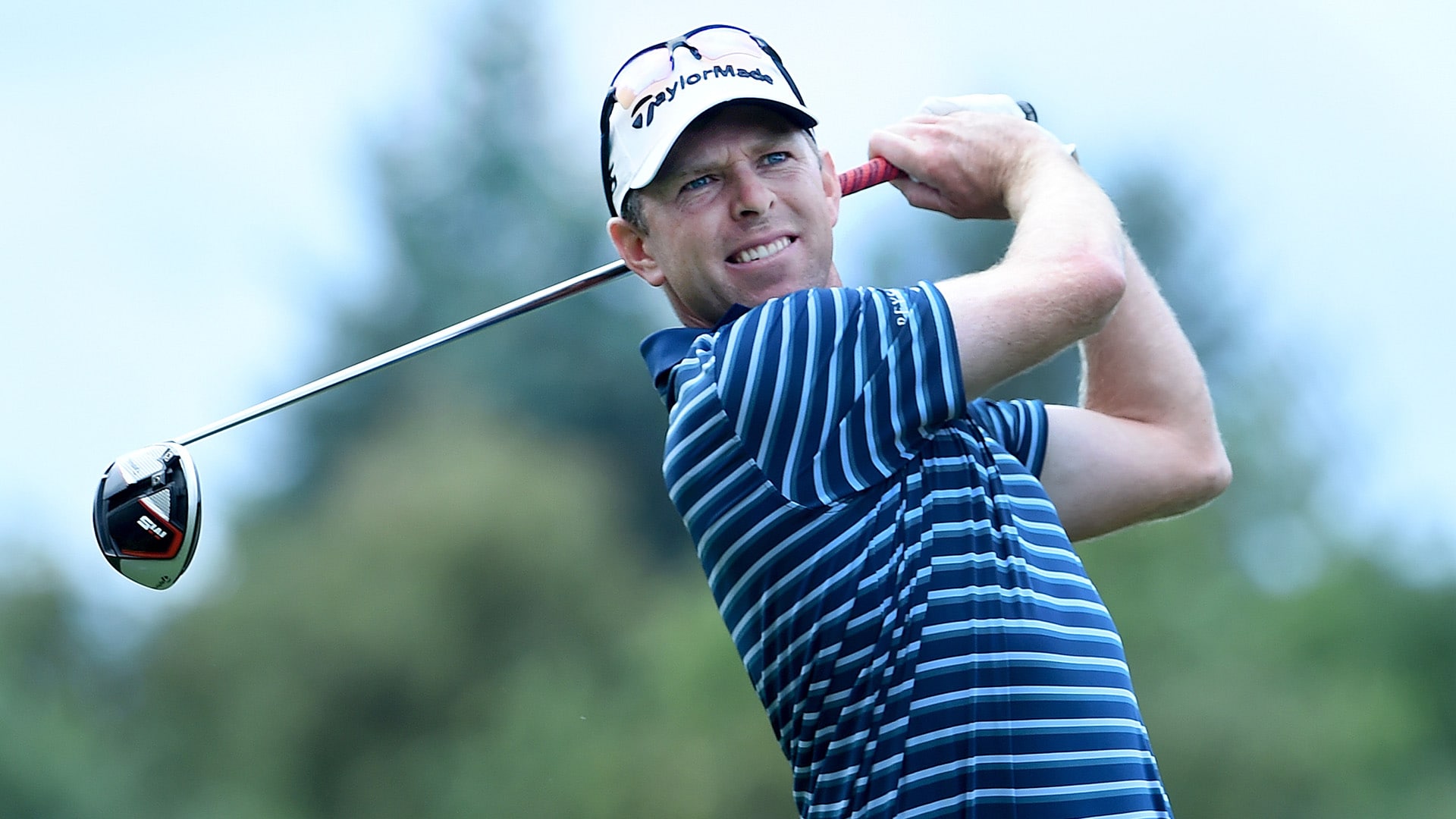 Bo Hoag won the final regular-season event on the Korn Ferry Tour, finalizing his PGA Tour card for 2020 in the process. But as always at the WinCo Foods Portland Open, the drama extended well beyond the tournament's final leaderboard.

Players at various stations on the developmental circuit spent Sunday crunching numbers and projected point totals, with the top 25 in the season-long race earning promotions next season and Nos. 26-75 securing spots in the upcoming Korn Ferry Tour Finals. Among the former group was Hoag, who entered the week outside the bubble at No. 31 but moved all the way up to seventh after a final-round 65 led to a two-shot victory.

"It's a life-changer for me," Hoag said. "I've been playing under pressure my whole life, so that's what I told myself today was there's going to be a lot of pressure. But this is all I've been doing since I can remember."

There were tears of joy for runner-up Scott Harrington, a Portland native who at age 38 earned a PGA Tour card for the first time. Harrington took a leave of absence from professional golf last year to serve as a caretaker for his wife, Jenn, who was battling Hodgkin's lymphoma. Entering his hometown event at 38th in points, he shot a final-round 69 that moved him all the way up to 19th to secure his card.

Her cancer in remission, Jenn was there to greet her husband behind the 18th green after holing his final putt.

"We've been through so much. I just had a feeling all year, even when I got off to a bad start, I knew. I knew this was going to be the year," Harrington said. "I just love her so much. To do it for her, and everything she's been through, I just can't put into words."

But the emotions also factored on the other side of the spectrum, as some players missed the top-75 cutoff by the thinnest of margins. Needing a top-six finish to earn a Finals bid and keep alive hopes of a PGA Tour return, 41-year-old veteran Edward Loar left a birdie putt on the 72nd hole hanging on the lip. After tapping in for par for a tie for seventh, he moved up from 102nd to only 78th.

But Loar's heartbreak paled in comparison to that of Vince India, who minutes later came to the last hole in third place, needing a par to advance to Finals. Finding the greenside bunker in two on the par 5, India's sand shot rolled into a collection area on the other side of the green. His next chip rolled back to his feet, and after walking off with a double bogey, he realized a spot in Finals and a chance at the PGA Tour had disappeared in the blink of an eye.

"I thought I clipped (the bunker shot) well enough to hold, and it just kept going," said India, who moved to 85th in points after a fifth-place finish. "Then I dropped it in like a very small divot and couldn't get great contact on it. And then, I just did my best."

India, Loar and the others finishing Nos. 76-85 on the final points list won't be in the field next week for the first of three Korn Ferry Finals events. Instead, they'll have to head back to Q-School this fall in order to regain Korn Ferry status for 2020, while Nos. 86-100 will face two stages of Q-School to regain their Korn Ferry privileges.

Vince Whaley held onto the 25th and final PGA Tour card despite missing the cut in Portland, edging out Chris Baker who fell from 24th to 26th. Xinjung Zhang topped the regular-season money list, while former NCAA standouts Robby Shelton, Scottie Scheffler and Maverick McNealy will all headline the 2020 PGA Tour rookie class.

The Korn Ferry Finals, which will offer another 25 PGA Tour cards for next season and will also include Nos. 126-200 from the PGA Tour's FedExCup list, will start next week in Columbus, Ohio, before heading to Boise, Idaho, and concluding in Evansville, Ind.