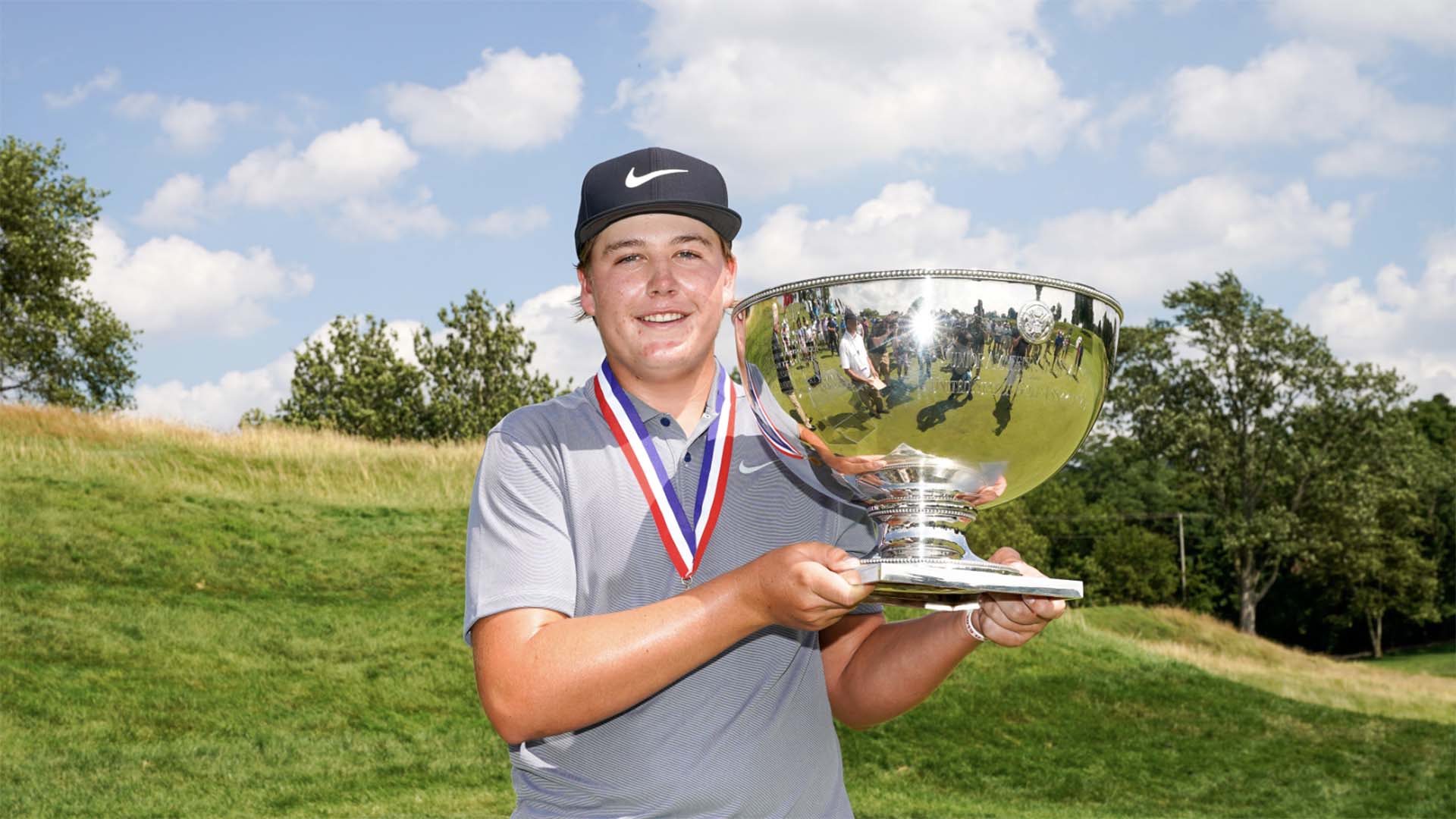 Preston Summerhays has quite the golf background.

Yet 16-year-old Preston, just two days shy of his 17th birthday, likely set the new crowning achievement as far as golf goes in the Summerhays family. Summerhays won the U.S. Junior Amateur on Saturday at Inverness Club, beating Bo Jin, 2 and 1, in the scheduled 36-hole final.

With his dad following in person, Summerhays somehow hacked his approach out of the thick rough and onto the green at the par-4 17th hole, setting up his winning birdie putt from some 8 feet.

“I remember getting to my ball, and I had 145 yards to the very front edge, down wind, over a tree," Summerhays said of the defining approach shot. "I was just thinking if I hit this high enough and hard enough I could get it to land on the front edge and have it roll back to the back end. I hit it great."

When the putt dropped, Summerhays delivered a powerful fist pump.

Boyd Summerhays played in four U.S. Juniors and reached the Round of 16 each time, though he never advanced further than that. Preston punched his quarterfinals ticket with a victory over fourth-ranked amateur Akshay Bhatia on Thursday. He then rallied from 3 down on the back nine to beat Austin Greaser in the quarters before taking down Joe Pagdin, the world’s 41st-ranked amateur, in Friday afternoon’s semifinals.

After 18 holes on Saturday, Summerhays was again down, though he trailed Jin only 1 down at the break. He then made just one birdie on the second trip around the front nine, yet he entered the back nine tied with Jin, whose older brother Cheng won the 2015 Asia-Pacific Amateur.

Finally, the putts started to fall. Summerhays birdied Nos. 10 and 11 to take a 2-up lead, which he never relinquished despite playing his final six holes in 1 over.

Summerhays, who was born in Utah but lives now in Scottsdale, Ariz., is the first U.S. Junior champ with Utah ties since Scott Hailes in 1995. His win, which comes a week after Summerhays won his second straight Utah State Amateur (also a match-play event), gets Summerhays into next month's U.S. Amateur at Pinehurst, as well as next year's U.S. Open at Winged Foot.

He even got a congrats from Finau, currently across the pond in Northern Ireland for The Open, on Twitter.

"My dude right here," Finau tweeted. "Get to know the name Preston Summerhays! I been telling the golf world about him for years."

While Summerhays’ U.S. Junior victory was huge for this golf-crazy family, it may soon have company atop the Summerhays golf mantel. Summerhays’ 15-year-old sister, Grace, will tee it up in the U.S. Girls’ Junior, which begins Monday in Stevens Point, Wis. 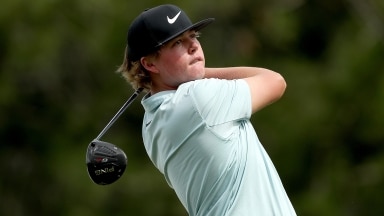 Preston Summerhays was supposed to be defending his U.S. Junior title this week, but instead he captured the Sunnehanna Amateur on Friday.