Faxon: Tiger drove past DJ 'half the time' 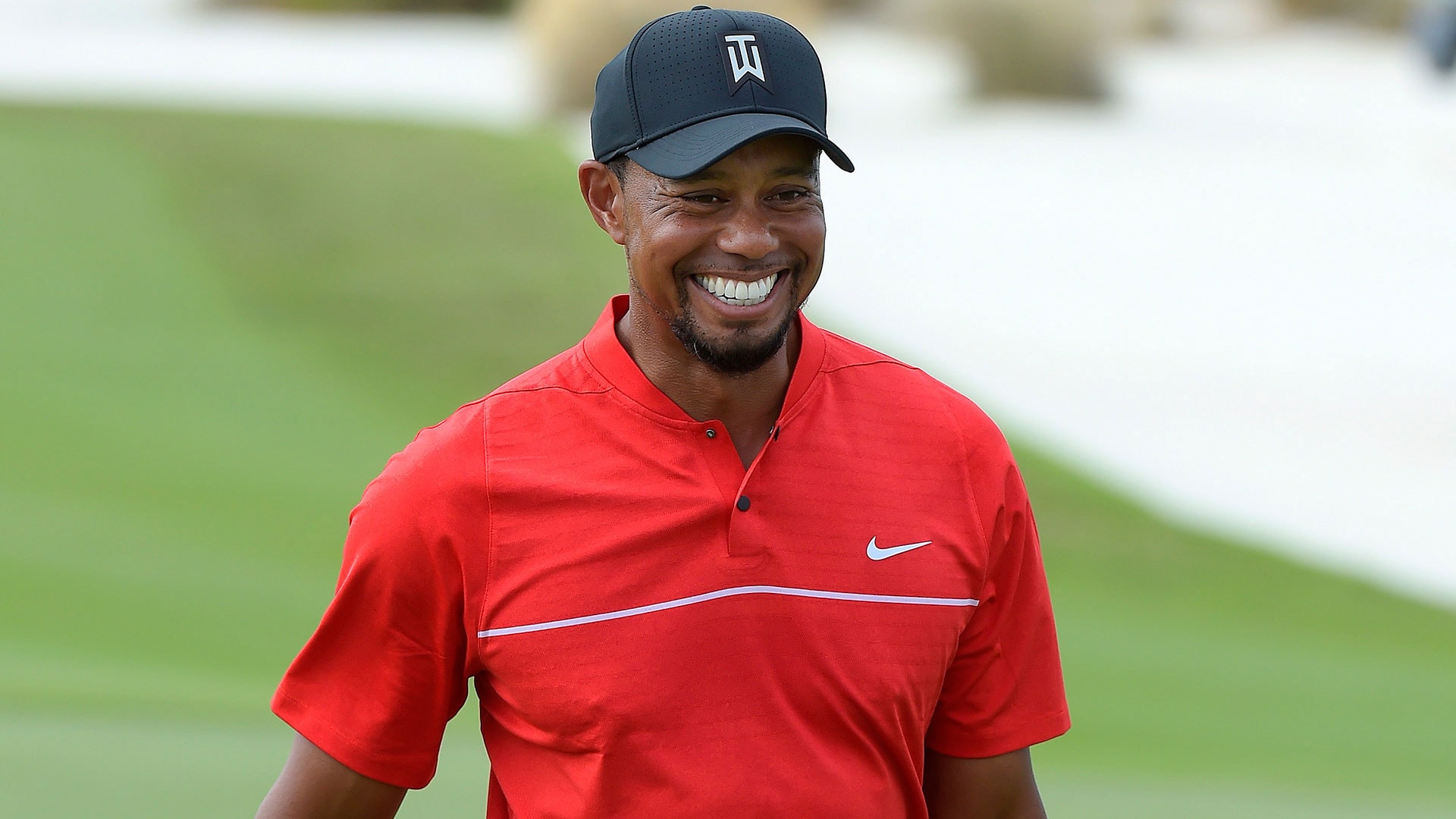 Count Brad Faxon among the players impressed by Tiger Woods' recovery from his latest back surgery.

Faxon penned a column for Golfweek.com and detailed his round Friday with President Donald Trump, world No. 1 Dustin Johnson and Woods at Trump's club in Jupiter, Fla.

Faxon, who is a member at Trump's club, said he teamed up with the president against DJ and Woods and their matched ended all square after Faxon missed a 9-foot birdie putt on the 18th.

"They played from the back tees at 7,600 yards and we played up to the blue tees at about 6,500 yards," Faxon said. "The President was gracious and entertaining. He told some stories, things he loves about the job and things he doesn’t love. I think he was excited to be in that group and we had a lot of fun."

Faxon echoed what Rickie Fowler reported earlier this month - Woods is not only hitting the ball well, but he has power back, too.

"Tiger looked great to me," Faxon said. "He was happy and, more than anything, he’s finally pain-free. The issues he had with the back the last couple of comebacks seem to be gone. He looked effortless, he looked free, he had some power.

"I was impressed with how far he hit the ball. Probably on the 10 holes that they were both hitting driver, Tiger hit it past Dustin half the time and Dustin hit it past Tiger half the time. He looked great. I think more than anything, he looked at ease. He was not concerned about swinging hard and going at it with driver. The ball flight, the sound off the club, all of it was right there."

Faxon also tempered his comments by reminding everyone that there is a big difference from a casual round and a tournament round. However, the important thing is Woods is happy and can "work without being hurt."

Woods will make his return to competition next week at the Hero World Challenge.