The is arguably no greater debate surrounding the game of golf right now than the one that involves distance.

In the latest Brandel Chamblee Podcast with Jaime Diaz, Chamblee and Diaz discuss the distance issues that modern equipment has caused, most notably on the PGA Tour and other top levels of the game, where power has become king and many courses have been rendered defenseless.

“The easiest way [to fix this problem] is to bifurcate and roll the ball back 30 yards,” Chamblee said.

Chamblee used several examples to support his position. He began by discussing how several shots at Augusta National have been altered over the years. The second shot into No. 13 is no longer “momentous,” as Bobby Jones intended, Chamblee said. Also, Sergio Garcia’s 8-iron into the par-5 15th in 2017 portrays how that shot is far less angst-inducing.

The argument continued as Chamblee explained that one of the fundamental pillars of golf is its ability to make players think.

“[Modern equipment] has taken away the need for problem-solving,” said Chamblee, who added that players can easily avoid trouble by blowing driver past that trouble.

Of course, there are ways to combat the distance issue from a design and setup standpoint, though, as Chamblee notes, there has been some pushback by those who have benefitted the most from modern equipment.

“The most powerful players in the game play the game with reckless abandon,” he said, “and they were not going to sit idlily and let you make them a little less relevant by making it more important to drive it in the fairway.”

To listen to more of this debate, check out the pod below: 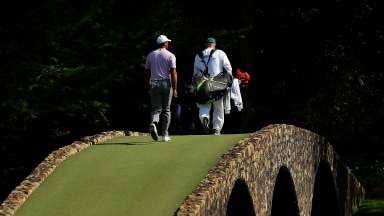 On this Brandel Chamblee Podcast with Jaime Diaz, Brandel and Jaime preview a fall Masters at Augusta National. 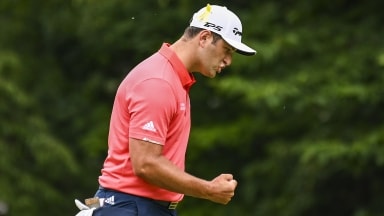 On this episode, Jaime Diaz and Brandel Chamblee discuss Jon Rahm's ascension to World no. 1, Tiger Woods' struggles in his return at the Memorial and more. 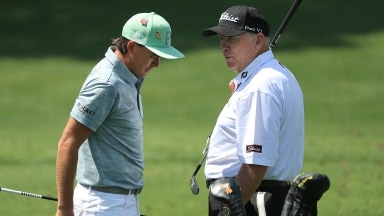