Chamblee misses cut, says he putted 'like a buffoon' 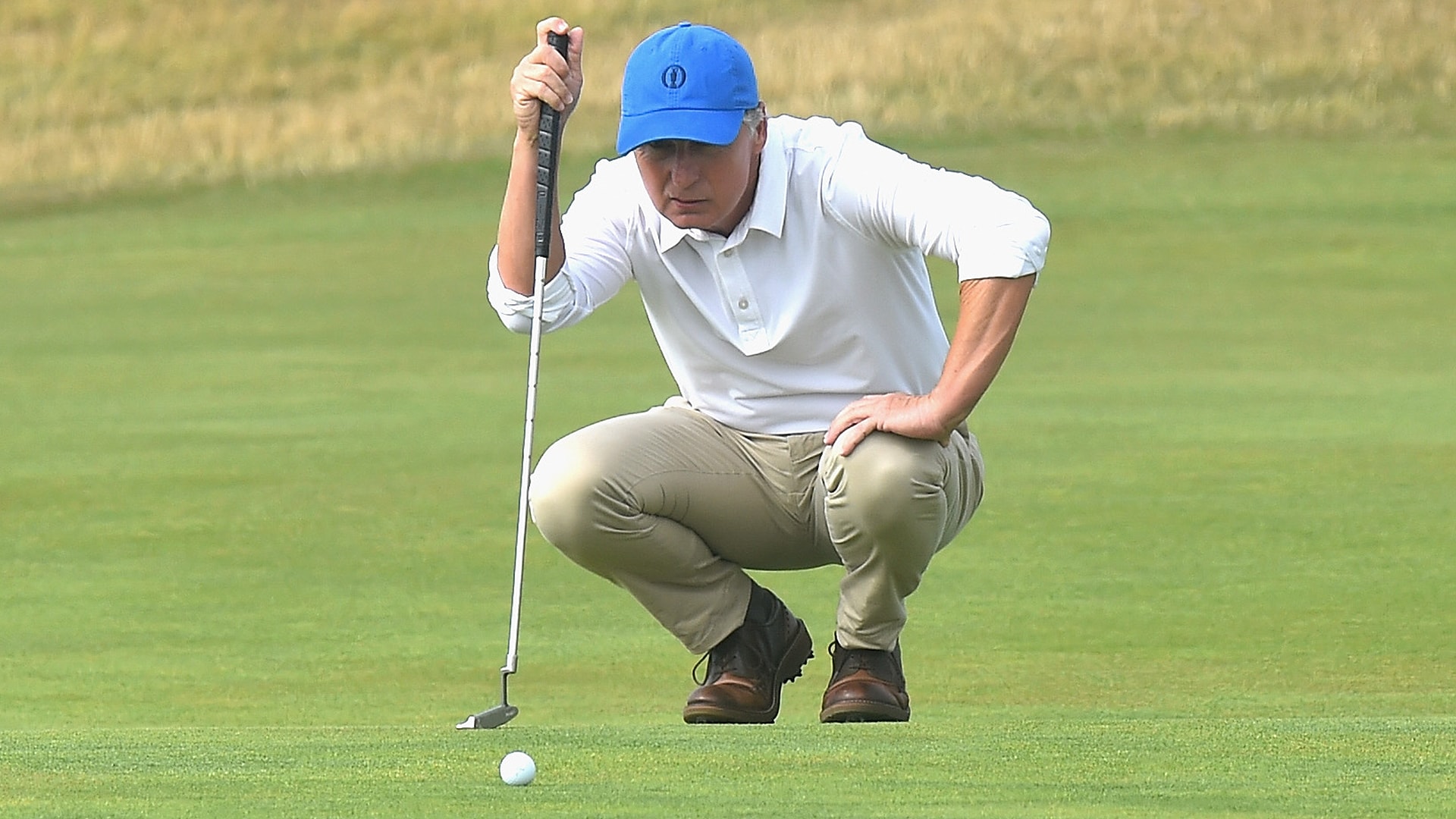 Brandel Chamblee's Senior Open debut came to an end on Friday when he followed his opening-round 77 with a 75 and missed the cut.

The Golf Channel analyst, 56, failed to make a birdie, instead making three bogeys on the Old Course.

Chamblee had shot a 2-under 69 - making him co-medalist - at Scotscraig Golf Club to qualify for The Senior Open. He had qualified at Scotscraig to make the field for the 1995 Open Championship at St. Andrews.

On a recent Golf Channel podcast, Chamblee said he hoped to make a return to competition at the Old Course. "My game's pretty good. When I've played, I've played some really good golf," Chamblee said. "I'm looking forward to it for a lot of different reasons. I want to try to get back into competitive golf, and I would love to have another week at St. Andrews."