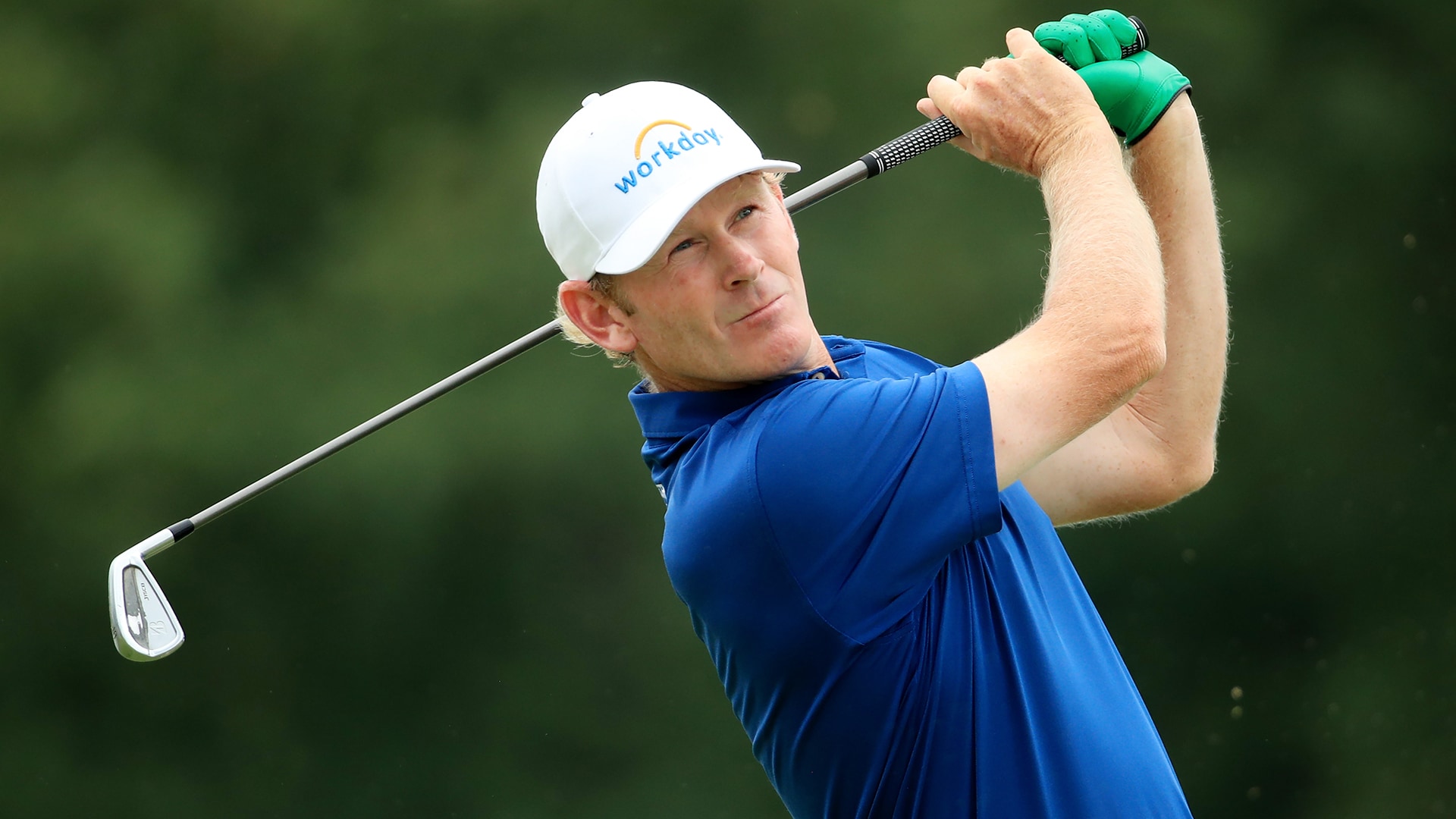 MEDINAH, Ill. – Brandt Snedeker’s iron play was so bad Saturday that it put him in position to hole out twice for birdie in his final six holes.

Snedeker will head into Sunday tied for sixth at the BMW Championship – 11 shots behind leader Justin Thomas – but first he was headed to the practice area following a third-round 67.

“If you have seen me hit the ball out there, you would say I need to go to the range and hit some irons,” he said, laughing to himself.

Bogey-free in Round 3, Snedeker opened with a birdie at the first and circled four holes on his back nine, two of them via pitch-in.

The first came at the par-3 13th, where he had to take relief from the grandstand left of the green.

“Thirteen was a terrible 4-iron,” he said. “I hit it 30 yards left. Caught a good lie on the drop and was trying to get it up close. I was really lucky and it rolled in.”

The second came four holes later at the par-3 17th, from the back right bunker.

“Seventeen was way more makeable from the back bunker, which is where the miss is,” he said. “Really easy bunker shot downhill. … Actually felt like I had a chance of making that one. Came off perfect.”

Projected 18th in the FedExCup standings, Snedeker is set to return to East Lake for the first time since 2016. The 2012 Tour Championship winner and FedExCup champion uses the season finale as a measuring stick. Making it is his “one main goal” at the beginning of every season.

“That's kind of how I set my bar every year,” he said. “You're watching the tournament at home on the couch, you feel like you failed.