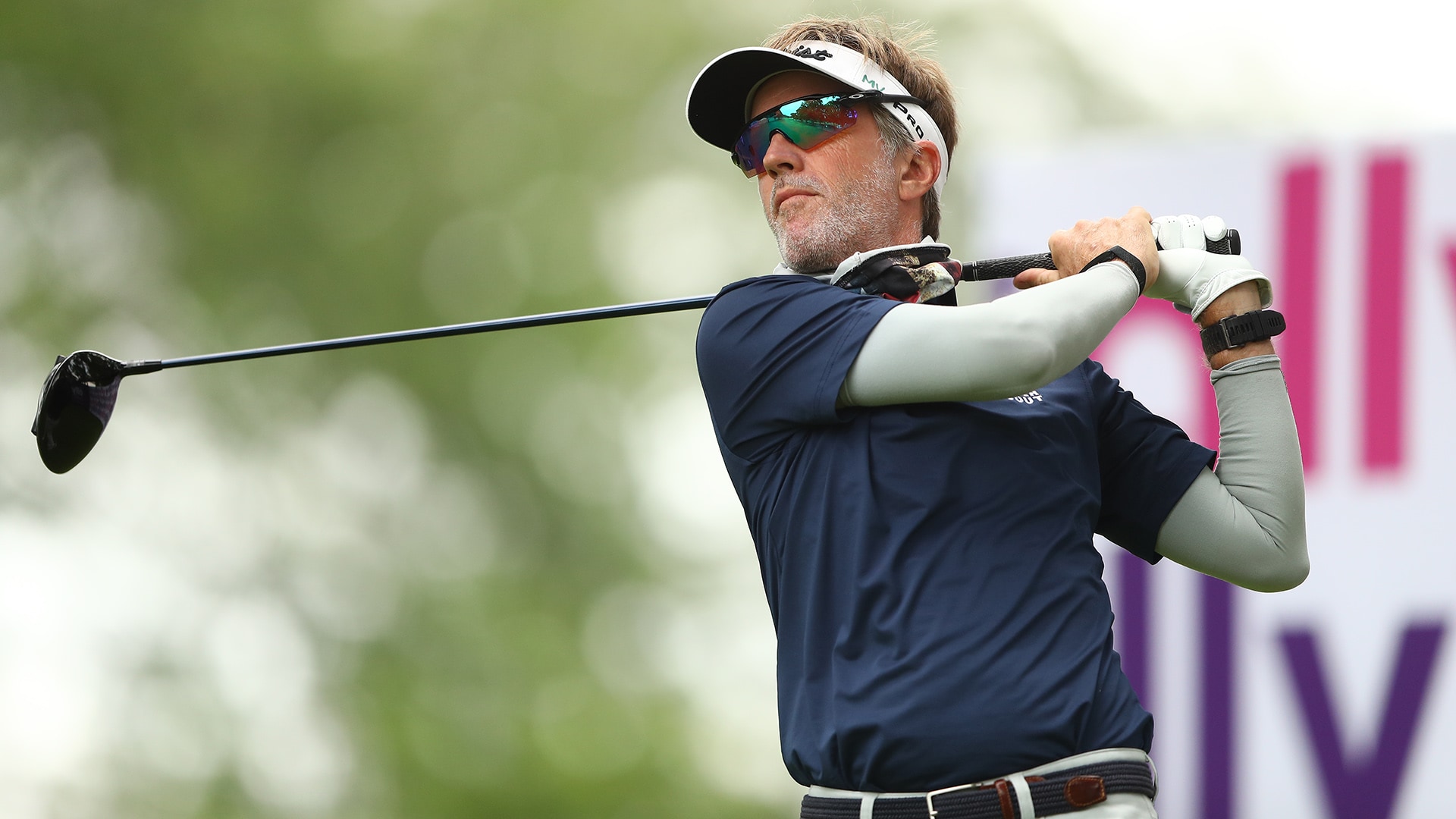 GRAND BLANC, Mich. – Brett Quigley was so excited to be competing again he could barely break par. He settled down Saturday for an 8-under 64 and a one-shot lead in the Ally Challenge, the first PGA Tour Champions event in five months.

Quigley played bogey-free at Warwick Hills. Monday qualifier Carlos Franco also had a 64 with two eagles and was in the group one shot behind that included Jim Furyk (66) in his debut on the 50-and-older circuit.

Tommy Armour also was within one shot of the lead after a birdie on the once-rowdy par-3 17th and an 8-foot par save from the back bunker for a 68.

Quigley was at 11-under 133 as he tries to win for the second time this year on the PGA Tour Champions. He won a new tournament in Morocco, and just over a month later, the tour shut down because of the COVID-19 pandemic. He couldn't wait to get started again, and then he promptly bogeyed his opening hole on Friday.

"I was trying to shoot 20 under the front nine yesterday. I was just trying to force everything after being off for so long," Quigley said. "A little more relaxed today. ... Made a bunch of birdies it looks pretty good."

He was among three players, including Mike Weir and K.J. Choi, who turned 50 while the PGA Tour Champions was shut down. Furyk, a past winner at Warwick Hills when it hosted the Buick Open on the PGA Tour, will try to become the first player to win his Champions debut since Miguel Angel Jimenez at the Mitsubishi Electric Championship in 2014.

Furyk won the Buick Open in 2003 and twice was a runner-up. On the PGA Tour, he shot par or better 59 out of his 60 rounds at Warwick Hills. He said the secret was to keep it in the short grass and take advantage of wedges and short irons. That worked when he was younger, and he expects the same now.

"When I was playing well, I did a lot of damage here," Furyk said.

Furyk is still among the top 100 in the world ranking and will play in the PGA Championship next week. But he hasn't won since the RBC Heritage at Harbour Town in 2015, and he hasn't had many chances.

"I'm looking forward to getting in the mix, having some nerves," Furyk said. "I've got a lot of experience to fall back on, but it will still be a little new."

Armour and Billy Andrade shared the lead after the first day, and only Armour stayed in the mix with a few key putts at the end. Andrade didn't make a birdie until the 16th hole and fell out of contention with a 74.

Bernhard Langer, the Charles Schwab Cup leader, also fell back at the end of his round. He was within two of the lead until bogeys on the 15th and 16th holes. That gave him a 70, and he was four shots behind.

At the Buick Open, the gallery at the par-3 17th was notoriously rowdy, though not quite Phoenix Open levels. Because there are no spectators, the PGA Tour Champions had a video board behind the green that showed fans cheering. It wasn't much, but it was something.

"It's such an exciting area for all of us," Quigley said. "You just look forward to that energy, and then for it not to be there yesterday, and then to finally hear some of it today was a little back to normal golf. It is a little eerie out here not having fans."