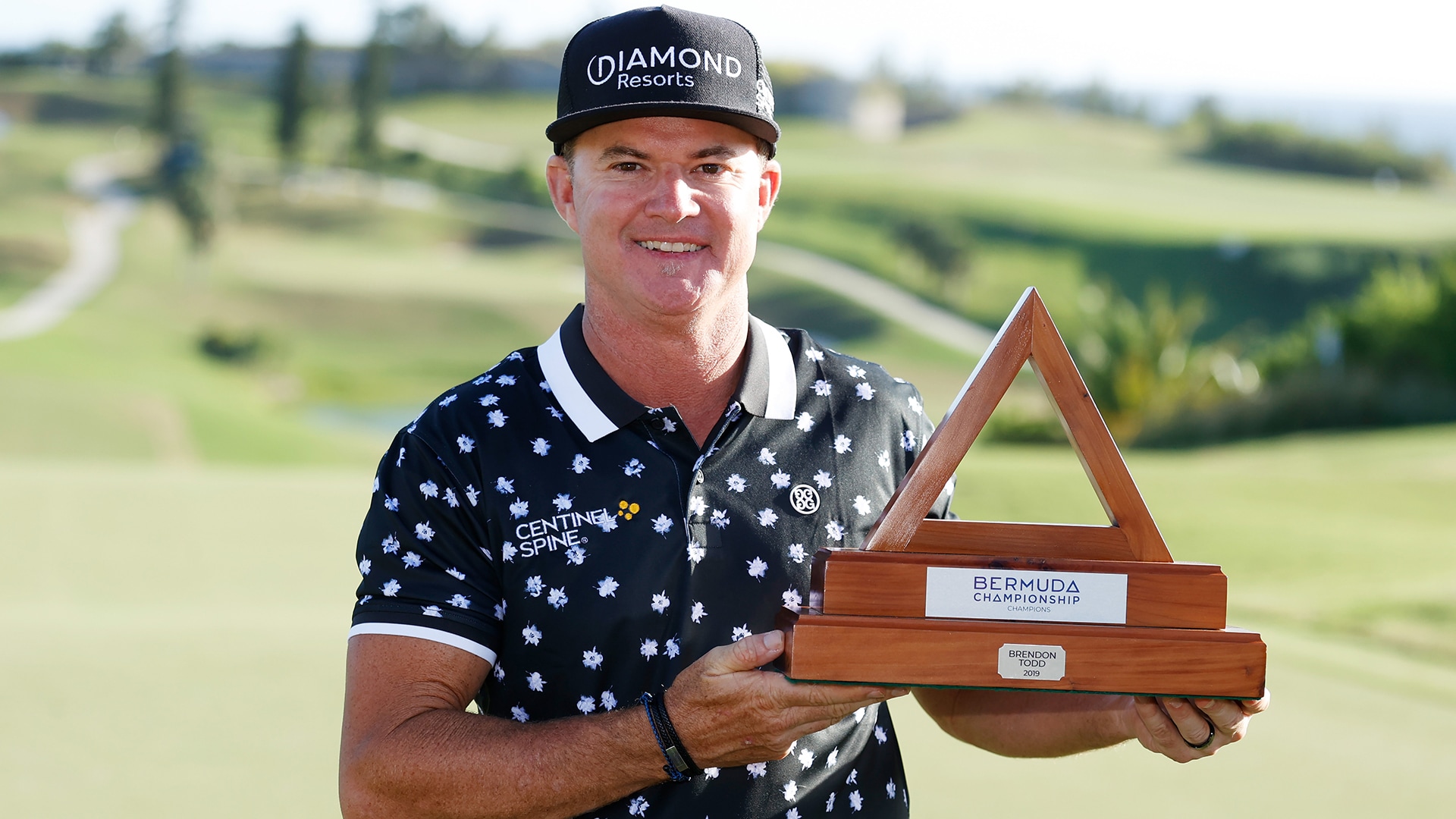 SOUTHAMPTON, Bermuda — Brian Gay birdied the 18th hole for a 7-under 64 that got him into a playoff, and then he won with a 12-foot birdie putt on the same hole to beat Wyndham Clark and win the Bermuda Championship.

Just over a year away from joining the PGA Tour Champions, Gay won for the fifth time in his PGA Tour career and earned a return to the Masters next April. His last victory was at the Humana Challenge in the California desert in January 2013.

Clark was going for his first PGA Tour victory and needed a 10-foot birdie putt at the end of regulation for the victory. He stayed out to the right, and he had to make a 3-footer for a 65 to get into the playoff at Port Royal.

Back to the 18th, Gay's approach was left of the flag about 12 feet away. Clark, a 26-year-old who hits it plenty farther than Gay, hit a wedge to about 7 feet. Gay made his sharp-breaking birdie putt, while Clark missed his putt to extend the playoff.

It was a lost opportunity for Clark, who birdied seven of his opening 11 holes to take a three-shot lead.

Gay, the 48-year-old who finished his final year of college at Florida six months after Clark was born, had nine birdies over his final 14 holes, including the playoff. It looked as though he would come up short, however, when he was aggressive with his long birdie putt on the par-5 17th, running it some 5 feet by the hole and missing the par putt coming back.

But he answered in a big way, hitting pitching wedge from the side of a hill with the ball slightly above his feet, not sure how it could come out of the rough. He had a pretty good idea when it was in the air. “Go in the hole," Gay said, and it plopped down about 3 feet behind the cup.

Clark did his part to let Gay back into the game. He had a one-shot lead when he missed his first green in regulation at the par-3 16th, the ball near a shallow edge of the bunker with the Atlantic Ocean on the other side. He took a short back swing and barely got the ball out of the sand, and Clark did well to get up-and-down for bogey to tie for the lead.

He couldn't manage a birdie on the closing two holes — both approach shots were with a short wedge — and he joined Gay in the playoff at 15-under 269.

Ollie Schniederjans, playing on a sponsor exemption, closed with a 66 and finished third, two shots out of the playoff. Denny McCarthy (63) and Stewart Cink (64) tied for fourth, along with Matt Jones and Doc Redman, who each shot 67.