Harman beat DJ once before; can he do it again? 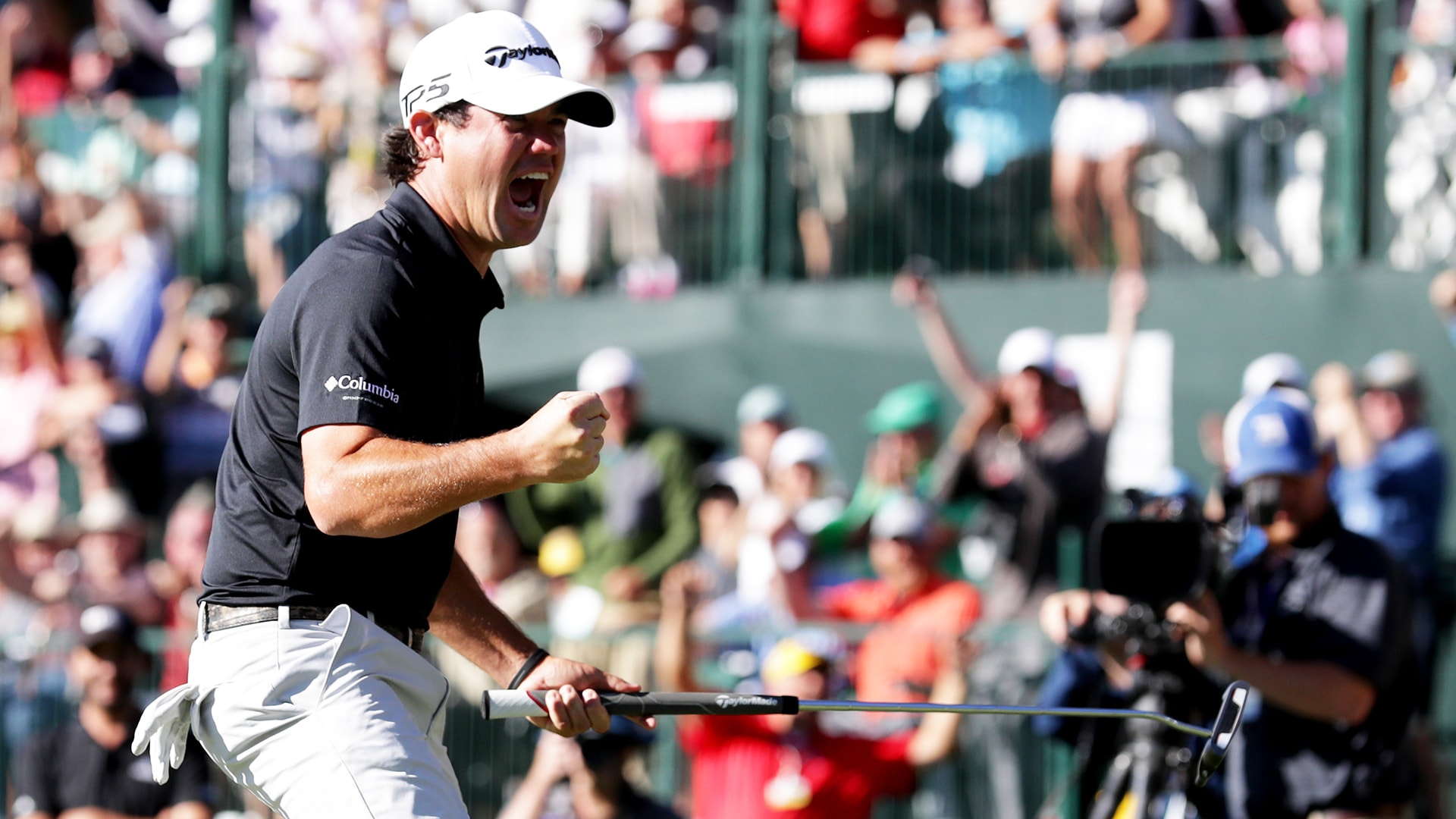 KAPALUA, Hawaii – Although they may seem like a mismatched duo, 6-foot-4 Dustin Johnson and 5-foot-7 Brian Harman have some history. It’s a history that favors Harman, who is two back heading into Sunday at the Sentry Tournament of Champions.

At last May’s Wells Fargo Championship, Harman outdueled Johnson – who was fresh off three consecutive victories but returning from injury – to win his second PGA Tour title. That history makes Sunday’s duel between the two compelling.

The text exchange between the two after the Wells Fargo, though, was priceless.

A few days after the event, Johnson congratulated Harman via text. Harman jokingly replied: “I wanted to make that putt (a 28-footer for birdie on the 72nd hole to win by a stroke) because I didn’t want any piece of you in a playoff.”

Johnson responded, “No you didn’t,” and added a winking emoji.

It was a friendly exchange between two players who respect each other’s games, as well as an indication of how interesting things could become on Sunday at the Tournament of Champions.