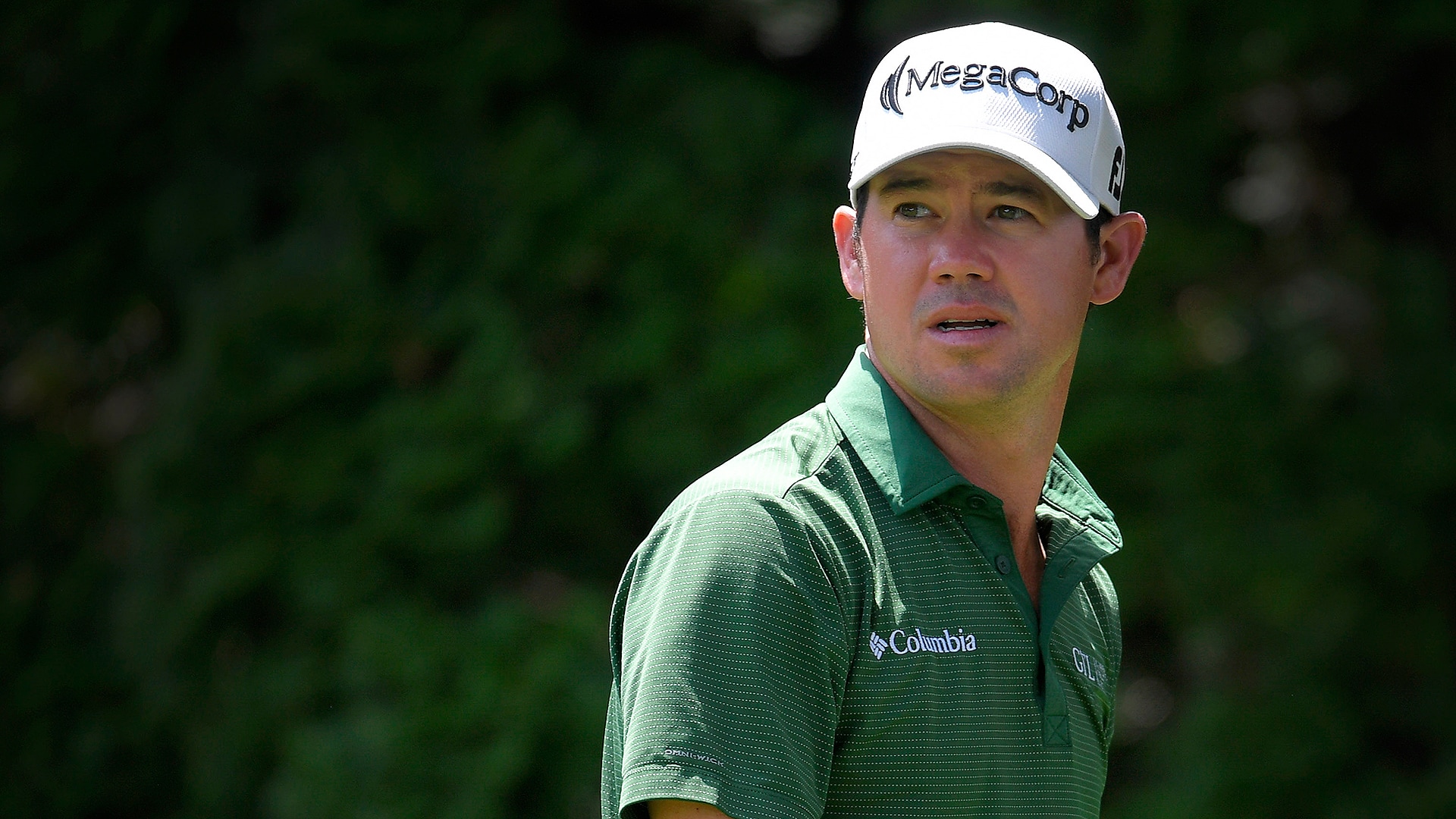 CROMWELL, Conn. - Brian Harman shot a 4-under 66 on Friday to move to 10 under par and watched that hold up for the second-round lead in the Travelers Championship, thanks in part to a 10-second rule.

Harman finished a stroke ahead of Matt Jones and first-round co-leader Zach Johnson, who lost a stroke during his round of 68 when his birdie putt hung on the lip of the cup at the third hole for longer than the maximum allowed 10 seconds before falling in, giving him a par.

''After 10 seconds, the ball was moving and at that point even if the ball is moving, It's deemed to be at rest, because it's on the lip,'' Johnson said. ''Don't ask me why, but that's just the way it is.''

Harman had his short game working for the second consecutive day, taking 26 putts after needing only 23 during the first round.

''The putter has been really good so far, but I've been in position a lot,'' he said. ''I've had a lot of good looks at it. I'm just able to put a little pressure on the course right now, which is nice.''

Jones hit 16 of 18 greens for the second consecutive day, following up his first round 65 with a 66.

Bryson DeChambeau (66), Paul Casey (67) and Russell Henley (65) were two strokes back going into the weekend.

But Johnson, who started on the 10th tee, had the day's most interesting round, which included just two birdies, but one amazing par save. He hit the ball into the TPC River Highland's signature lake on No. 17, dropped across the water near the 16th tee box and then put his third shot within 8 feet of the hole from 234 yards away.

''You can't hit that shot and then not make that putt,'' he said. ''It felt good to get away with that 4. That's as good an up-and-down as I've ever witnessed or performed.''

Lanto Griffin and two-time Travelers champion Bubba Watson were at even par coming into Friday. But both shot a 63 to move into contention heading into the weekend, three shots behind the leader. Watson jump started his round with an eagle on his third hole, the par-5 13th.

''I had some mental mistakes yesterday, and then I didn't make some putts,'' said Watson. ''Today I started out hotter. I made a good shot on 11, our second hole, made the putt, making a solid par putt on 12, and then that freed me up a little bit. Gave me some confidence going into the next hole where I made the eagle.''

Rory McIlroy also is at 7 under after a 69. McIlroy, Watson and Justin Thomas (5 under) were grouped together Thursday and Friday, drawing large galleries.

''I definitely helps, Thomas said. ''It's fun playing with good friends. You definitely get more momentum when guys are playing well. I obviously couldn't get a whole lot of momentum out there. I was kind of hovering around 1 or 2 under. It was pretty much just Bubba today. Rory didn't play great either and both of us definitely could have had a lot lower rounds''

Defending champion Jordan Spieth, tied with Johnson after an opening 63, had a 73 to drop into a tie for 25th at 4 under. His round, which started on the back nine, included a triple bogey on the par-5 13th hole and an eagle on par-5 sixth, when he put his second shot within 2 feet of the hole from 276 yards away.

''I don't go to the range after 63s very often, and I was there for an hour yesterday trying to figure out the golf swing,'' he said. ''So it's not like things are on. Sometimes it can get disguised by rounds, but it's not far off. It really is close.''

Masters champion Patrick Reed, coming off a fourth-place finish in the U.S. Open, shot a 67 to miss the cut by a shot at minus-1.