The brilliance of Tiger: Woods makes cut in redemptive fashion at PGA Championship 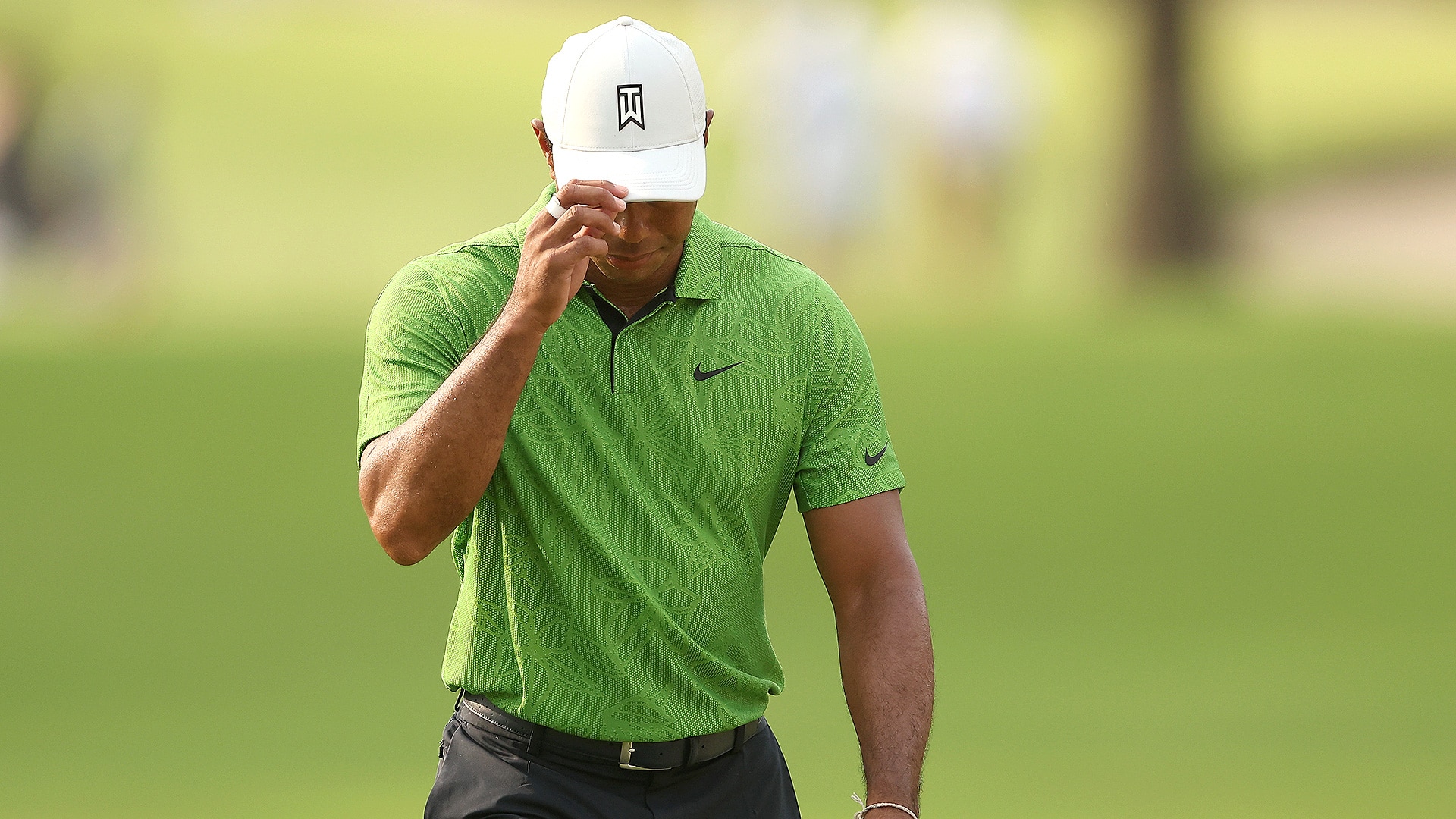 TULSA, Okla. – It was a movie with all the required elements: drama, intrigue, failure and, finally, redemption.

This is the way it was nearly every week for Tiger Woods for the better part of two decades. It was a parade of commanding performances with one common ending – victory.

This Friday was different.

Friday wasn’t about victory for Woods; that moving target still seems a distant reality, but it did have a familiar feel.

After starting the day at 4 over par, Round 2 was always going to be a battle against the cut following an opening 74 at the PGA Championship. He birdied the fifth hole from 5 feet to move two shots inside the weekend line but bogeyed the eighth. The latter being the result of a 224-yard tee shot at the par 3 that sailed 250 yards, moving back onto the bubble in the process.

The back and forth continued with a birdie at the 10th hole followed by a sloppy double bogey-5 at the 11th – another tee shot that flew two clubs too long to drop outside the cut line.

“The cut was going to be between 3 and 4 [over] starting out, and then with the wind pumping like it was, I thought it might drop to 4, and it did,” Woods said.

Birdies at nos. 13 and 16 ultimately secured him a weekend tee time at Southern Hills, but ending the story there ignores the brilliance of Tiger – even the latest version, who has been hobbled by multiple surgeries on his right leg since last year’s horrific car crash in Los Angeles.

There was the 14-footer to save par at the 14th hole. Then an up-and-down for the ages from the bunker behind the par-4 15th that drew a rare smile on what was, by all accounts, another painfully difficult day.

“That was a tasty little bunker shot there. That was a good one. I liked that one. I didn't like putting myself there, but I liked executing the shot,” he smiled.

Whether he’s playing for majors or just to make the cut, it’s all the same DNA, and it was on glorious display on a humid Friday.

No, it wasn’t easy, but nothing seems to be easy for the 15-time major champion anymore. He returned to competition at last month’s Masters but it was clear the rebuilt leg was well south of 100 percent, and it doesn’t appear things have gotten much better.

The toll of countless surgeries and years of unbridled effort was on full display as Tiger warmed up for Round 2 at the year’s second major championship.

The large scoreboard adjacent to the practice range told a telling tale as Tiger completed his warmup with a few drives. The first attempt registered 170 mph ball speed and a 265 yard carry up a hill and into a healthy wind. The next went 176 mph and carried 273 yards. Warming up next to Tiger on the range, Rory McIlroy – who rotated with Woods and Jordan Spieth the first two rounds – notched 179 mph ball speed and a 288-yard carry… with a 3-wood.

Tiger’s effort was even more evident as he descended the hill from the first tee with a clear limp and his driver doubling as a brace.

“Looking at him yesterday, if that would have been me, I would have been considering pulling out and just going home, but Tiger is different and he's proved he's different,” McIlroy marveled after the second round. “It was just a monumental effort.”

It won’t get any easier for Tiger on Saturday, when temperatures are expected to plummet in the wake of a passing cold front. A forecast that calls for temperatures in the 60s and a softer golf course is not the best case for a guy who admits he needs plenty of runway to get the body moving.

“I've had a great [physical therapy] staff that have put Humpty Dumpty back together, and we'll go out there tomorrow and, hopefully, I can do something like what [Bubba Watson who shot a second-round 63] did today,” Woods said.

Tiger’s 4-footer for birdie at the 16th hole was a much-needed cushion with the soul of Southern Hills looming, but it did nothing to make the climb back up to the iconic clubhouse any easier. Then again, he’s never shied away from a challenge – be it winning 15 majors or grinding his way to a weekend tee time.