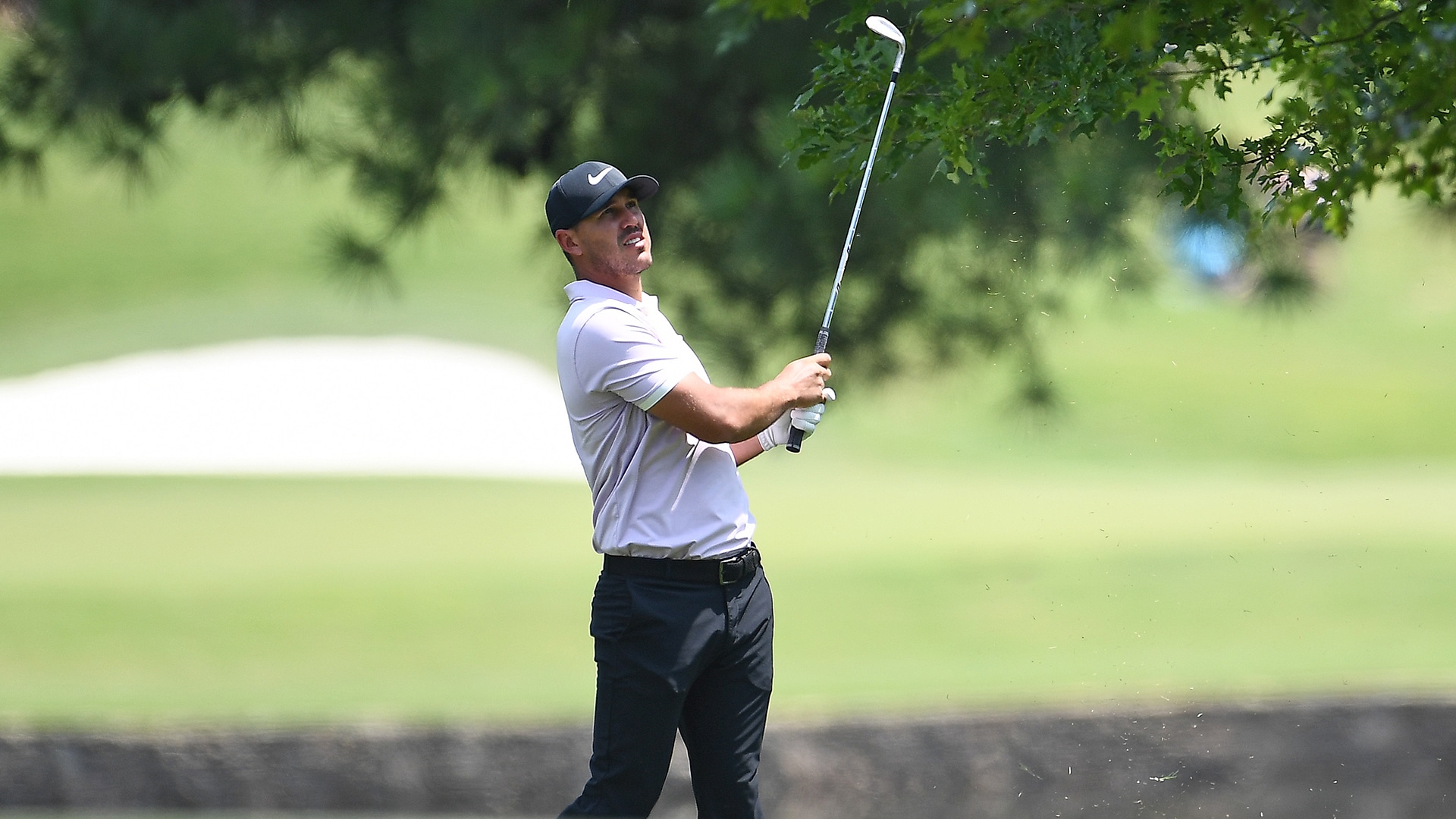 MEMPHIS, Tenn. – For a guy who grew up playing baseball, Saturday’s round probably felt like a pitcher taking a no-hitter into the final inning.

For Brooks Koepka, who was a middle infielder growing up, it wasn’t strike-outs he was watching, it was a brilliant iron game that included 17-for-17 greens hit in regulation as he headed to the final hole.

That perfect game unraveled at the last when his approach to the 18th green from the right rough caught a swale on the putting surface and rolled into the rough.

“I'll tell you what, it might have been the best shot of the day, too. It was a good one,” Koepka said of his approach to the final hole. “I thought it was going to hang up on that green, but the little swale in the front kind of kicked it a little further left.”

Koepka scrambled for his par at the last for a third-round 64 that left him at 11 under par and one stroke behind front-runner Rory McIlroy.

As impressive as Koepka’s iron play was on Day 3 at TPC Southwind, he said it was what he’s come to expect from his game in recent years as he’s climbed to the top of the World Golf Ranking.

“Kind of middle of the pack, I thought. Struck it good,” he said of his ball-striking. “But this golf course, if you hit the fairways, you're going to have a lot of wedges so you should be able to hit it close and shoot a low number.”