Koepka bares all, especially confidence, as he chases FedExCup glory 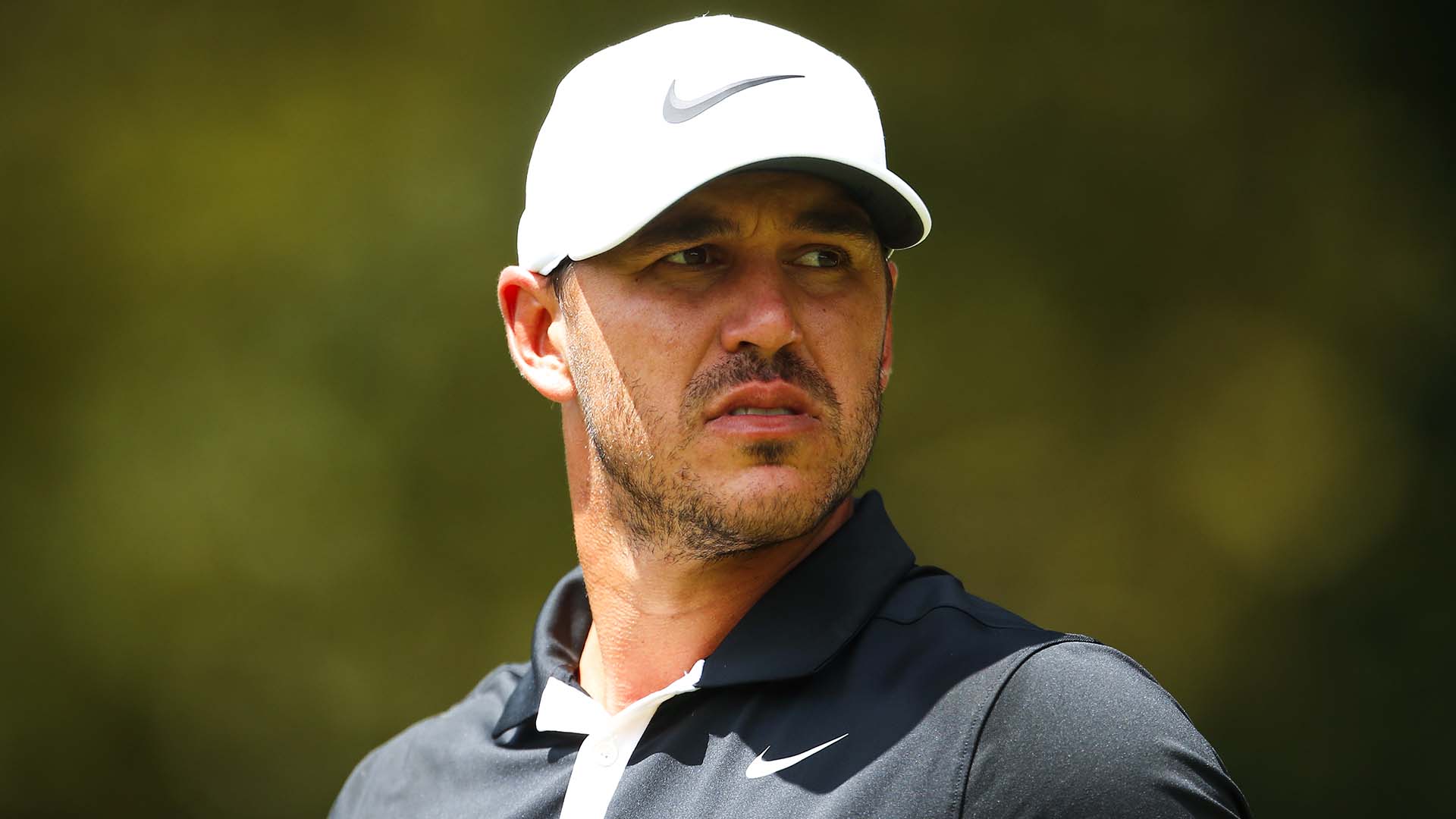 ATLANTA – A fully clothed Brooks Koepka rounded East Lake on Thursday in a tidy 67 strokes that left him 10 under. If the Tour Championship math doesn’t exactly add up at the moment, Koepka’s madness certainly does.

Impressive was that the 29-year-old was able to finish his day with three birdies over his final four holes for a share of the lead and trim three shots off of Justin Thomas’ contrived advantage. But it wasn’t even remotely close to the most interesting part of Koepka’s day.

Long before the four-time major champion teed off at East Lake, months of speculation ended when ESPN The Magazine revealed that Koepka had posed for this year’s Body Issue. Many had surmised earlier this season that Koepka’s dramatic weight loss was driven by some sort of external interest, and when his play suffered at The Players, others went so far as to question his motivation.

“For him to change his body and his body chemistry for vanity reasons for a vanity shoot is the most reckless self-sabotage that I have ever seen of an athlete in his prime,” Golf Channel analyst Brandel Chamblee said. “To do something that takes you out of your game, to change your game completely, to see someone whose body has changed drastically, it's never worked out very well. It's led to deterioration.”

This particular take didn’t age well for Chamblee, who doubled down at Augusta National when he said he still needed to see if Koepka was mentally tough enough to win the Masters.

Koepka tied for second place behind Tiger Woods in the most dramatic finish at a major in a decade, defended his title a month later at the PGA Championship and added near misses at the U.S. Open (runner-up to Gary Woodland) and The Open (T-4) to become just the fourth player to finish in the top four at all four majors in the same season, joining Woods, Jack Nicklaus and Jordan Spieth.

With each defiant step, Koepka proved critics wrong, and Thursday’s start at East Lake, which left him tied for the lead with Thomas and Xander Schauffele, was no different. Five birdies, two bogeys, plenty of positive to build on and an unveiling that was truly an unveiling.

“It's one of those things where all these people that talk crap and whatever on social media, they don't have the balls to do it [pose nude], and they wouldn't look that good,” said Koepka with his signature indifference.

The reaction on social media continued to evolve with a predictable mix of surprise and judgement, but it was the reaction on Thursday at East Lake that made a more compelling statement.

Although they might be more luxuriously appointed than others, PGA Tour locker rooms are no different from those found in other sports, and that competitively-charged atmosphere is normally fair game for all sorts of taunts and teasing. That East Lake’s locker room was relatively quiet as Koepka prepared for Round 1 spoke volumes.

Tour types are quick to throw shade, as evidenced by how easily players took shots at Phil Mickelson’s beach body on social media.

“Was there a coincidence that Phil released his pictures at the same time [as Koepka’s]?” Paul Casey laughed. “Has he let that breath out, Phil?”

Rory McIlroy offered a similar jab, “I commented under one of them. You can breathe out now, Phil. It's fine. The photo's been taken.”

You get the idea. But Koepka, who said he lost 22 pounds in four months for the photo shoot, was largely unscathed.

It’s not as though he’s untouchable in the locker room. Just a day earlier Thomas explained why he has “Brooks Koepka’s money” engraved into the back of his 60-degree wedge (it’s a season-long hole-out competition that Koepka is losing, badly). Thomas also responded to Koepka's social-media announcement informing people when they can buy the magazine, saying, "nah man... I'm good."

But on the Body Issue subject, most players took the high road. Maybe it was out of deference to Koepka’s status as the world’s best player or maybe it was because they understand the physical and emotional energy it took to pose nude.

“You have to have a bit of confidence to get up there and do it in the first place, so good on him,” McIlroy explained.

The Northern Irishman added that in 2015 he was asked by ESPN to pose for the Body Issue and turned the offer down. “It's just a little strange. So, no, not for me,” he said.

Rickie Fowler was also asked to be in the Body Issue.

“It wasn't one of the things that I really wanted to do,” Fowler said. “I think it takes some balls to do it, literally. I wouldn't want to stand there naked and take pictures.”

Asked if he planned to tease Koepka, Fowler smiled, “No, he's bigger than me.”

But this goes well beyond toeing the delicate balance of locker-room etiquette. Posing with nothing but a golf club between you and the world simply isn’t in the cards for most Tour pros, but they can certainly appreciate the self-confidence it took to “pull that robe off,” as Koepka explained. They can also understand, at least in retrospect, how the criticism Koepka endured helped fuel his remarkable season.

“I've lost a bunch of weight before, and I've gained a bunch of weight,” said Koepka, who described himself as a “dad bod” now. “Phil's done it, and everybody's happy that Phil did it, and then I did it, and I get criticized. I don't know what the deal is. All I'm concerned about is making myself happy.”

Where some may have seen “reckless self-sabotage,” those who share the locker room with Koepka saw something much more impressive – an unwavering belief in himself and a complete aversion to external noise.