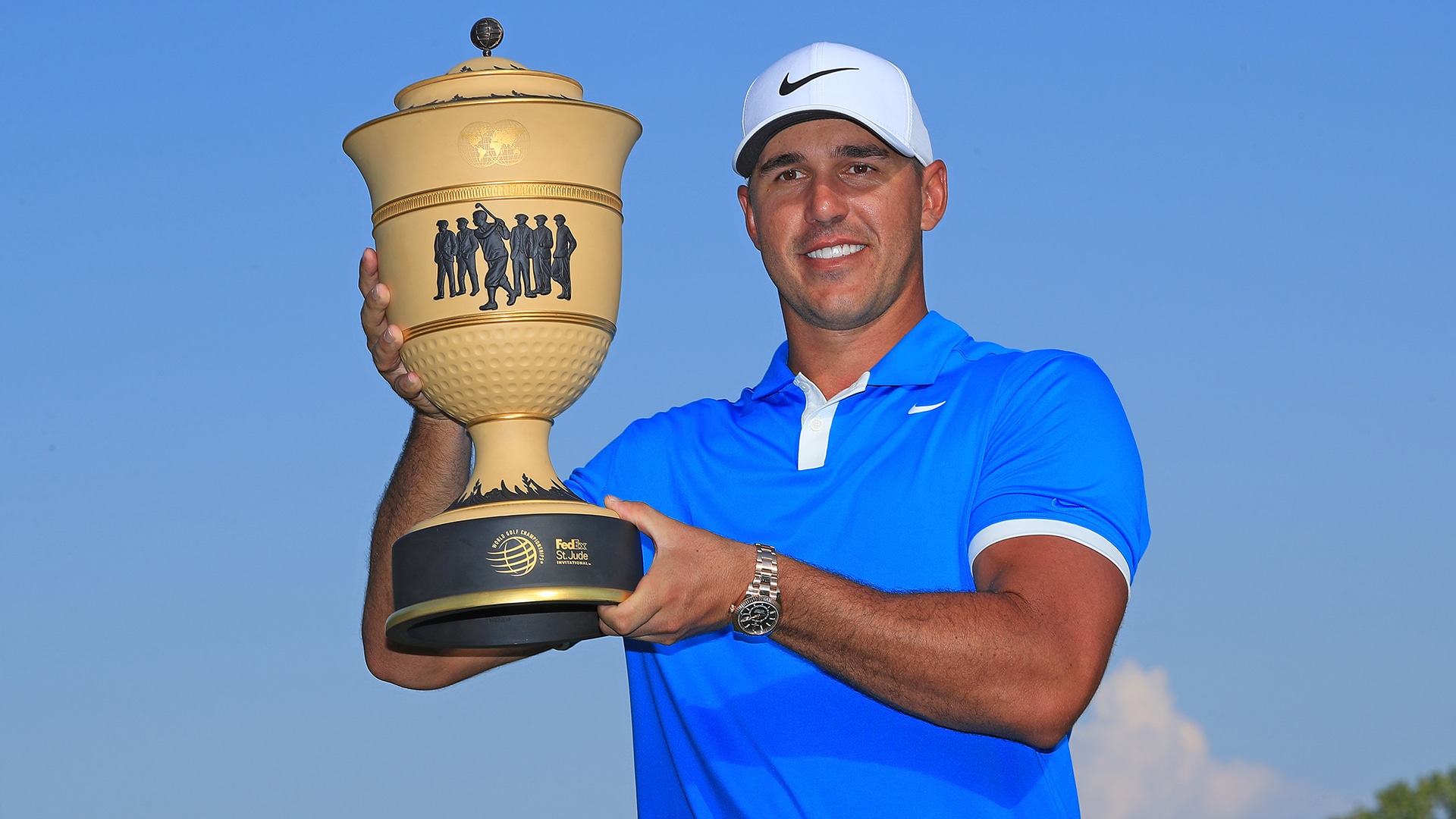 It may not be a major, but Brooks Koepka treated the WGC-FedEx St. Jude Invitational like one this weekend. Here's how things ended up in Memphis, where Koepka cruised to a three-shot victory as an anticipated final-round duel with Rory McIlroy never materialized:

What it means: Koepka started the day one shot behind McIlroy, and less than an hour before his final-round tee time he was still nowhere to be found. But once he arrived at TPC Southwind, Koepka put the hammer down with a bogey-free 65 that left the field in his wake. It's Koepka's third win of the season, including the PGA Championship, and the seventh of his PGA Tour career. It also ensured a nearly $4 million payday since Koepka is now also assured of the $2 million Wyndham Rewards bonus that will go to the regular season's top point earner after next week's finale.

Round of the day: Simpson made a big move with a 6-under 64 that marked his lowest score of the week by two shots. After dropping his lone shot of the day on No. 9, Simpson reeled off four birdies in a seven-hole span to get within two shots of Koepka. While the winner kept his distance, Simpson's runner-up still marked his eighth straight finish of T-30 or better dating back to the Masters.

Best of the rest: Despite the lucrative prizes up for grabs, Koepka barely seemed to break a sweat en route to his closing 65. The world No. 1 got off to a strong start with three birdies in a four-hole stretch from Nos. 3-6, then added two more on the back nine to remove any doubt. It closed out a weekend where he shot 11-under 129, as Koepka made just two bogeys over his final 54 holes.

Biggest disappointment: It's a day that McIlroy would like to have back. Playing with Koepka in the final round for the first time in his career, McIlroy couldn't get anything going en route to a 1-over 71. After starting the day with 11 straight pars, McIlroy's bogey on No. 12 essentially ended his title aspirations and his birdie on No. 14 proved to be his only one of the day.

Shot of the day: Tournament organizers were able to get an early start on the trophy engraving when Koepka birdied No. 17. Playing as the second-hardest hole of the day, Koepka hit a 190-yard approach to 12 feet and buried the putt to move three shots clear with one hole to play.

Quote of the day: "Everything just kind of comes if you just let it happen, Just stay patient and if you keep playing well, put yourself in contention, a lot of good things will happen." - Koepka