Brooks Koepka (68) lays down on course, has trainer stretch out his ailing hip 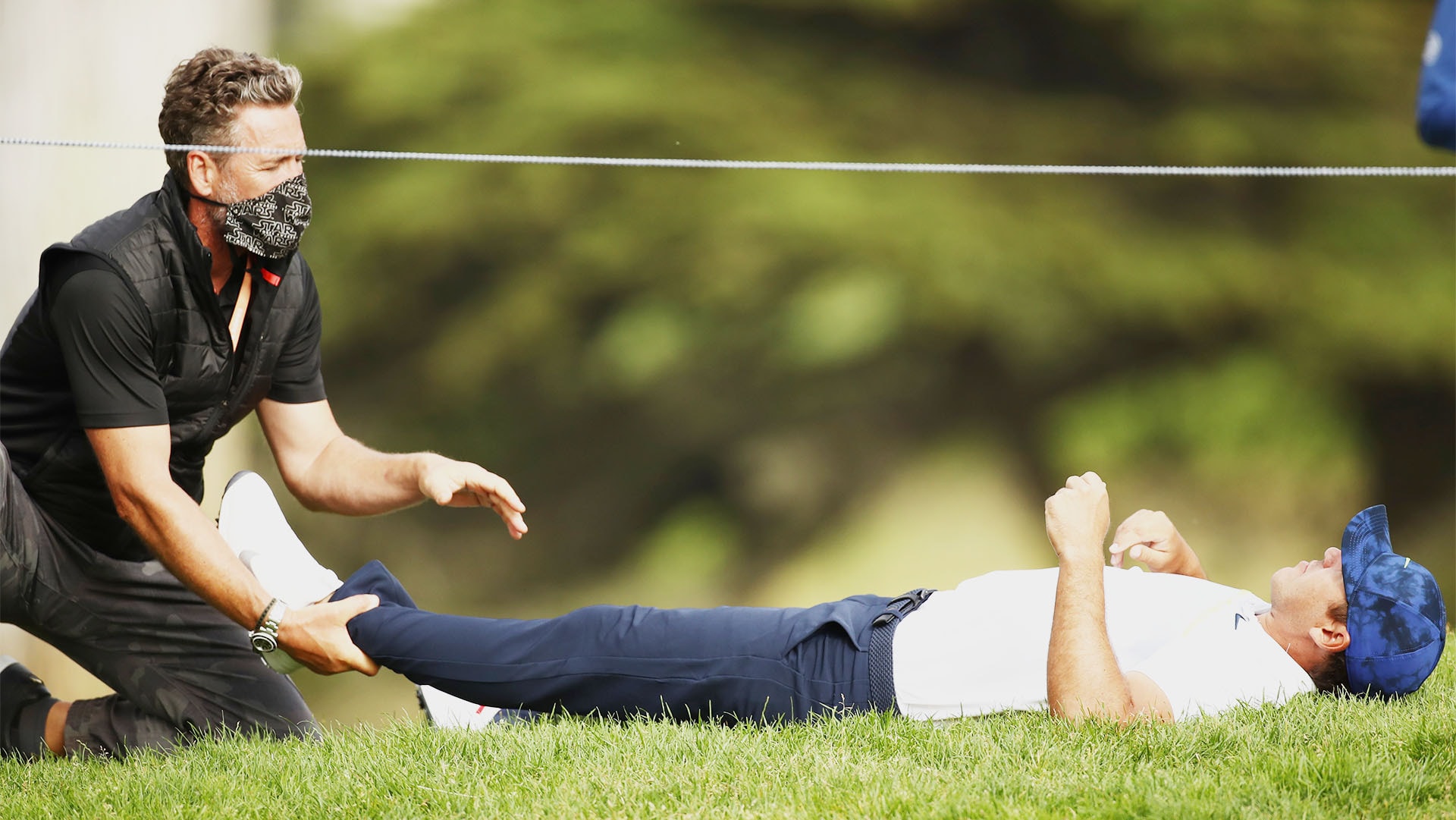 SAN FRANCISCO – Brooks Koepka was finally heading in the right direction with a birdie at the 10th hole that moved him into a tie for second place when his championship suddenly appeared in jeopardy late Friday at TPC Harding Park.

After hitting his drive down the right side of the 12th fairway Koepka caught the attention of his physical therapist, Marc Wahl, who began treatment on Koepka's left hip.

“It just like locked up, cramped, and I couldn't really do anything with it. That one, the first one was all right. It definitely relieved some issue I think,” Koepka said. 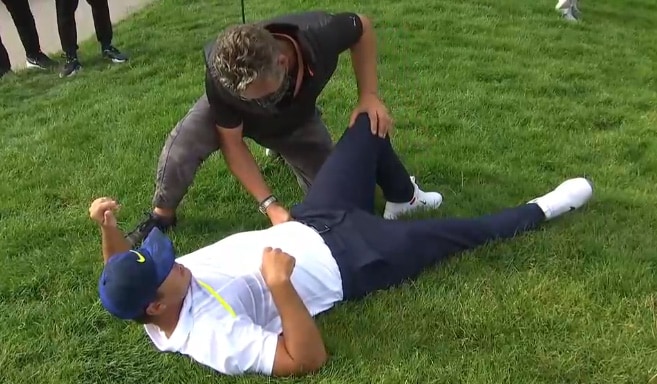 Wahl’s work wasn’t finished, and Koepka required two more treatments before he completed his round, including on No. 16.

“The one going into 16, where he yanked on my foot, I don't know what Marc does, but it popped and it felt like it just kind of repositioned itself, and that's when it felt a lot better,” he said.

Koepka said the treatment had nothing to do with the left knee injury that has slowed him since last fall and that he doesn’t expect it to be an issue over the weekend at Harding Park.

Despite the ailment, Koepka shot a 2-under 68 and was in a six-way tie for second place.