Brooks Koepka 'not very pleased' with U.S. Open finish, but 'guess it could be worse' 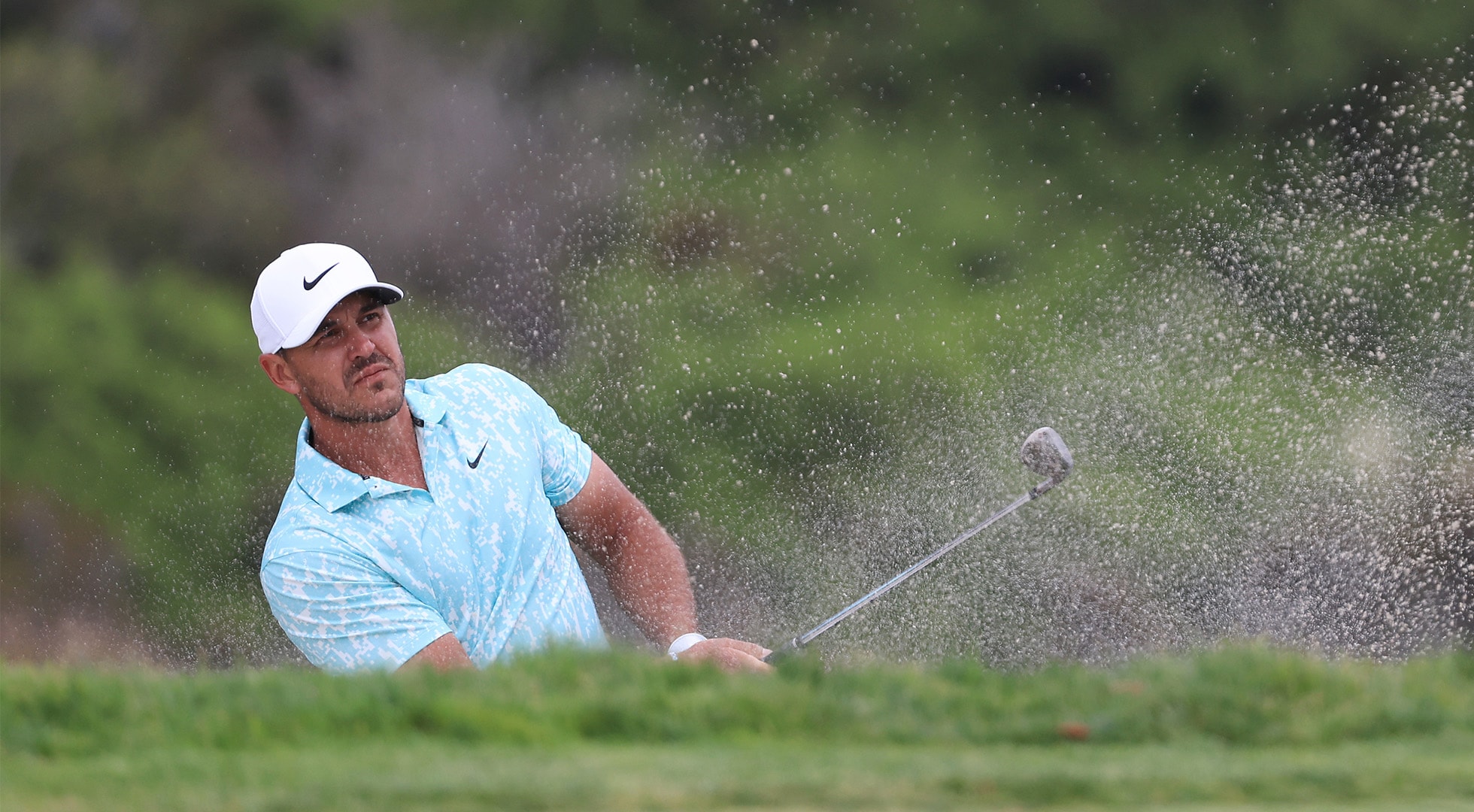 Brooks Koepka continued his impressive play in majors at the U.S. Open, but to Koepka's standards, his play at Torrey Pines wasn't impressive enough as he finished tied for fourth at 2 under.

Shooting a 69 on the final day, two shots better than Round 2 and 3, Koepka shot up in the standings with a bogey-free front-nine. But a bogey on No. 16, a heartbreaking missed putt on No. 17 and chipping from the rough into the bunker on No. 18, ended any hopes for his third U.S. Open win.

"Never felt like I had great yardage today," Koepka said following his round Sunday. "Everyone seemed to be three-quarter, tried to take something off. Never thought I could be aggressive. The one that kills me is 17. I had such a good putt. I don't know if it bounced left or stayed straight. I don't know what it did. It was a great putt. I don't know how I missed."

Koepka said his injured knee, which was aggravated last month at the PGA Championship when fans on Kiawah Island swarmed the 18th hole, was not an issue in this tournament.

"I feel good," he said. "I'm doing everything I need to do. Knee feels solid. Strength is getting there. Dr. ElAttrache, who did my surgery, is here. So it's nice to have him check up on it."

With Koepka's performance this weekend he now has five top-10 finishes in his last eight U.S. Open starts, including winning it all in 2017 and '18, and 14 top-10s in his last 21 majors. In the last four U.S. Opens, he has lost to only four other players.

After Koepka missed the cut last week at the Palmetto Championship at Congaree, he admitted his focus is better in majors.

“I don’t try to miss a cut. I just have a harder time focusing in regular PGA Tour events than I do majors,” Koepka said. “Majors, I know I’m locked in from the moment I hit the first tee shot. Even walking from the first tee shot to the ball, my head is still going on what I need to do. Out here I kind of lose focus for a little bit."

But despite a better result this week, Koepka isn't accepting any consolation prizes.