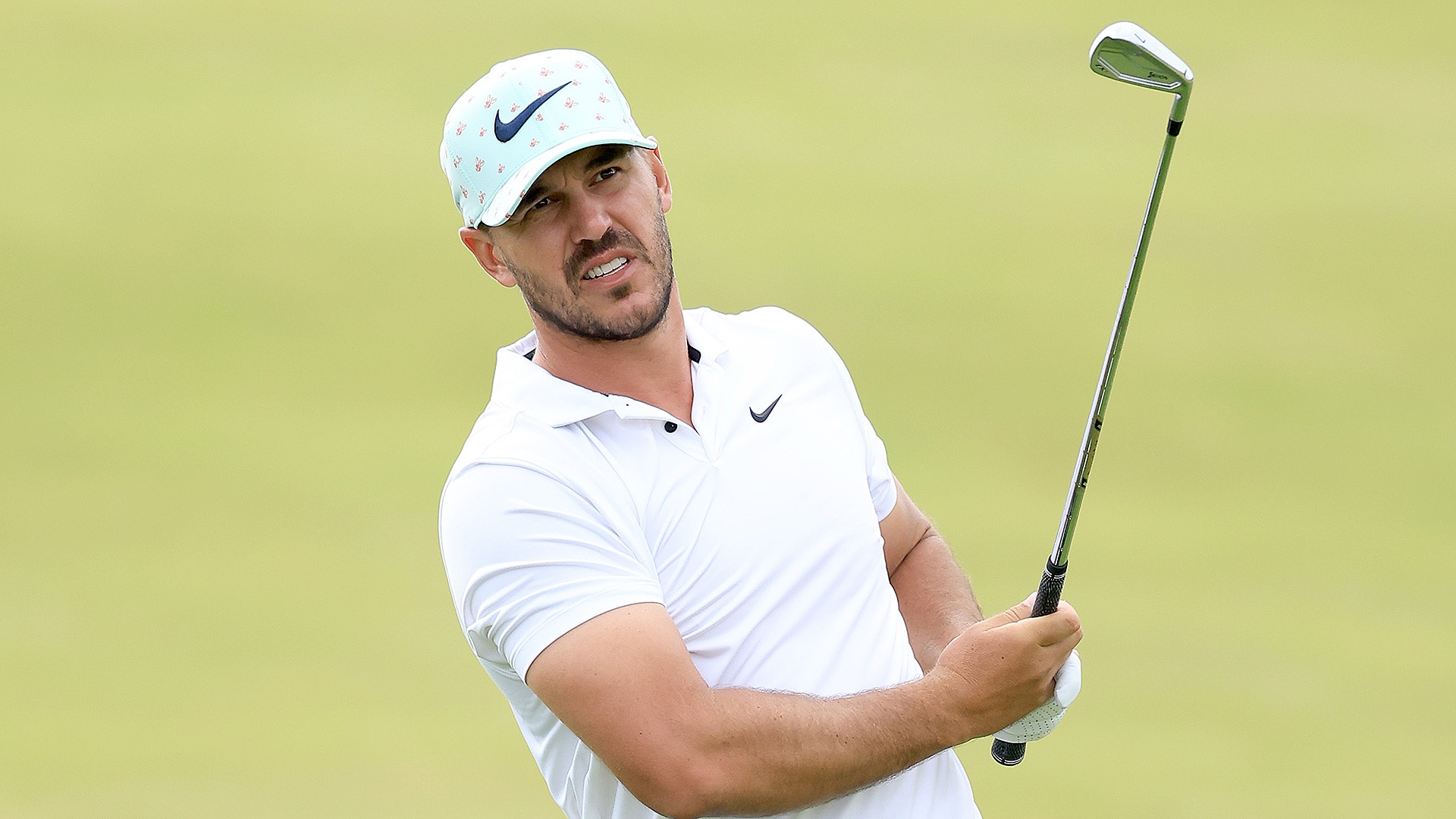 BROOKLINE, Mass. – Just when it was starting to feel safe to doubt him, Brooks Koepka has popped up again.

The four-time major champion who has been – unquestionably – the best Grand Slam performer of the past few years, Koepka fired a 3-under 67 Friday at the U.S. Open to sit just three shots off the clubhouse lead.

There had been few – scratch that, no – signs that this type of signature performance was imminent.

Koepka has played just twice over the past three months: a missed cut at the Masters and a tie for 55th at the PGA Championship. Typically coy about his health, he was reportedly bothered by a sore hip and withdrew from an event last month for maintenance reasons, but he claimed this week that he was fit enough to compete. So it simply came down to his current form, and his iron play, usually the hallmark of his game, was “not even close to average.” Indeed, the ball-striking extraordinaire ranks 130th on Tour this season in approach play, actually losing strokes to the field.

Koepka’s iron play has again been “horrific” this week, perhaps a product of coming out of his shots on the tight turf at The Country Club. But that can be cleaned up on the range. At least he’s in the mix for yet another U.S. Open – he has lost to a total of just four players over the past four years.

“I don’t come here hoping for second place,” he said Friday. “I think if you’re a good player, you want to come in here and win. That’s why everybody is teeing it up. Nobody has a goal of just making the cut.

“I’m pretty confident, but I feel like everybody should be confident in themselves. People hate confidence. That’s why people aren’t a big fan of me.”

Well, Koepka has also proven to be a bully in the game’s biggest events. Though he hasn’t added to his major haul since the 2019 PGA, he has routinely factored, racking up three top-6s last year while playing on a surgically repaired knee. This season has been frustrating as he failed to live up to his own lofty standards. He missed the cut at the Masters for the second year in a row, then faded badly at Southern Hills.

“Just started beating balls, man,” he said. “Start practicing. Try to figure out what’s wrong. You have to be honest with yourself. I think that’s something I’m pretty good at. Just assess what really needs to be done and what areas can improve. So I’ve just been grinding away.

“I feel like it’s been really close. Maybe the scores haven’t reflected it, but it was only a matter of time.”