Brooks was bad, Brooks got mad, and now Major Brooks is back 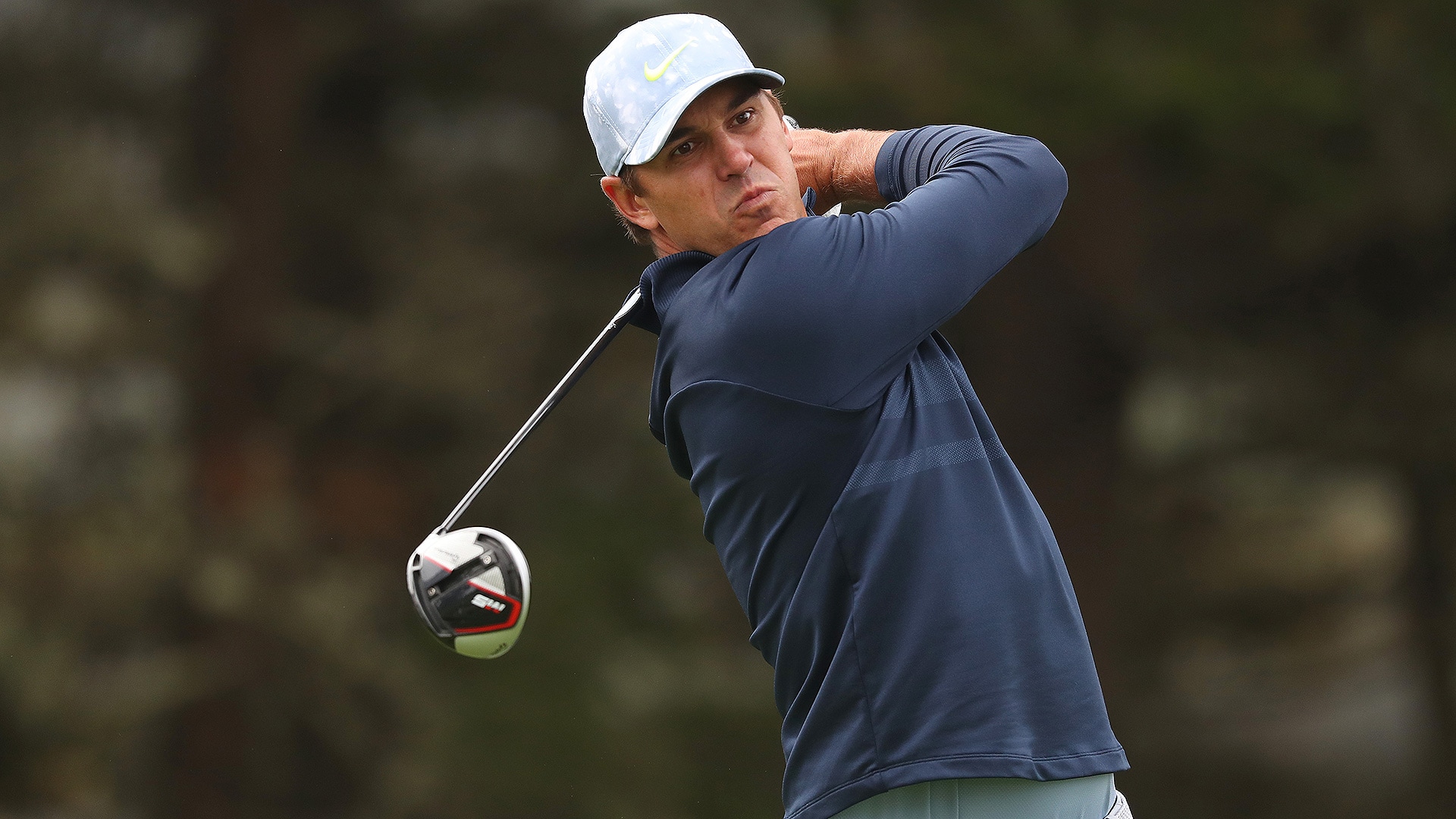 SAN FRANCISCO – As humble brags go it would be tough to top Brooks Koepka on Thursday.

Big Game Brooks had just finished off the kind of round that’s made him a major machine in recent years and the conversation had predictably pivoted to the elephant in the room and Koepka’s quest to win his third consecutive PGA Championship.

For contrast purposes, the question was phrased in the form of a comment and focused on how meaningful it would be to achieve a Grand Slam three-peat this week. Koepka’s mind raced back to last year’s U.S. Open and his inability to go back-to-back-to-back in the national championship.

“I think that drove me nuts a little bit,” he said with a glare.

Beyond the obvious, which is how cool it must be to find fault in not being able to win your third consecutive U.S. Open, the moment also provided a snapshot into what motivates the enigmatic 30-year-old.

The common theme here is all these players are no longer with us. When your only contemporaries are ghosts you’ve reached the next level.

Koepka’s 4-under 66 Thursday at TPC Harding Park left him exactly where he wants to be, a stroke off the lead and still trending in the right direction. The swagger is back, which is saying something considering that a month ago he looked nothing like the major magician he’d become in recent years.

A left knee injury last fall kept him on the sideline until February and his best finish before COVID-19 halted play was a T-43 in Los Angeles. Things weren’t much better when he returned from quarantine and a missed cut at last month’s 3M Open felt like rock bottom.

He returned to South Florida for a session with Claude Harmon III and Pete Cowen.

“To be honest with you, it was probably the first time I think I hit 40 balls and there was a club 70 yards behind me, I chucked it and then threw one in front of me,” Koepka said. “I was pretty heated, to say the right word.” 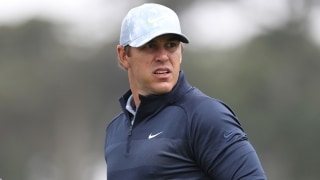 Eleven days ago, Brooks Koepka was working through yet another frustrating range session. On Thursday, he opened his Wanamaker defense with a 66.

Whatever the inspiration, he posted his best finish in a year last week at the WGC-FedEx St. Jude Invitational (T-2) and he arrived at the season’s first and only major looking like a new man. Or, to be more precise, looking like the old guy who treats major championships like they owe him money.

His opening round is what we’ve come to appreciate in Koepka – ninth in driving distance, upon its completion; 10th in strokes gained: approach to the green; eighth in strokes gained: putting. When Brooks is on there simply aren’t any flaws for a major championship venue to expose as he’s proven that, from Erin Hills to Bethpage Black.

“It's phenomenal. It's a hell of an achievement. He seems to have that knack for it for sure,” former U.S. Open champ Justin Rose said. “If it's the Masters, someone might be particularly suited to that golf course. But when you're winning on obviously different tracks, U.S. Opens, PGAs, you've got to kind of respect that game, and that skill set travels really well.”

Following nearly 12 months of rehabilitation and rough play, Koepka explained that it was after that missed cut in Minnesota that he reached his turning point. Although he’s on the feel side of let’s say, Bryson DeChambeau, once Harmon and Cowen began studying his swing on a balance mat the issue became evident.

“At impact I'm about 70 percent of my weight is on my left side, and when we were looking at it, it was the opposite. It was 70 percent on the right side,” he said. “We knew what we had to do was get on that left side, and it's been good since.”

The turnaround has been as dramatic as it is timely with three majors scheduled for the next four months (two of them for the 2020-21 season), and it was impossible to ignore the subtle tells Koepka gives away when things are flowing.

“Getting there. It's getting a lot better. I mean, I feel right where I should be,” was how he described the current state of his game.

There’s something about that humble and entirely innocent brag from last year’s U.S. Open that fuels this. It would be difficult, if not utterly foreign, for others to contemplate the “frustration” of not being able to win your third consecutive U.S. Open (it’s worth pointing out he did finish runner-up to Gary Woodland). 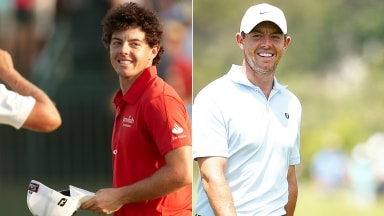 Rory McIlroy returns to the site of his most impressive major performance, nine years later and very much a different person. 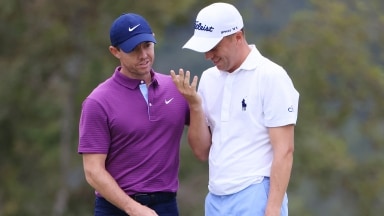 Rory McIlroy took a friendly shot at Justin Thomas, who is still stuck on one major win. And Thomas gave it right back. Slightly. 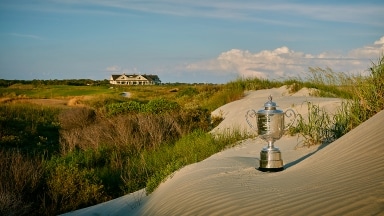 The 103rd PGA Championship begins Thursday on the Ocean Course. Here's a look at first- and second-round tee times.