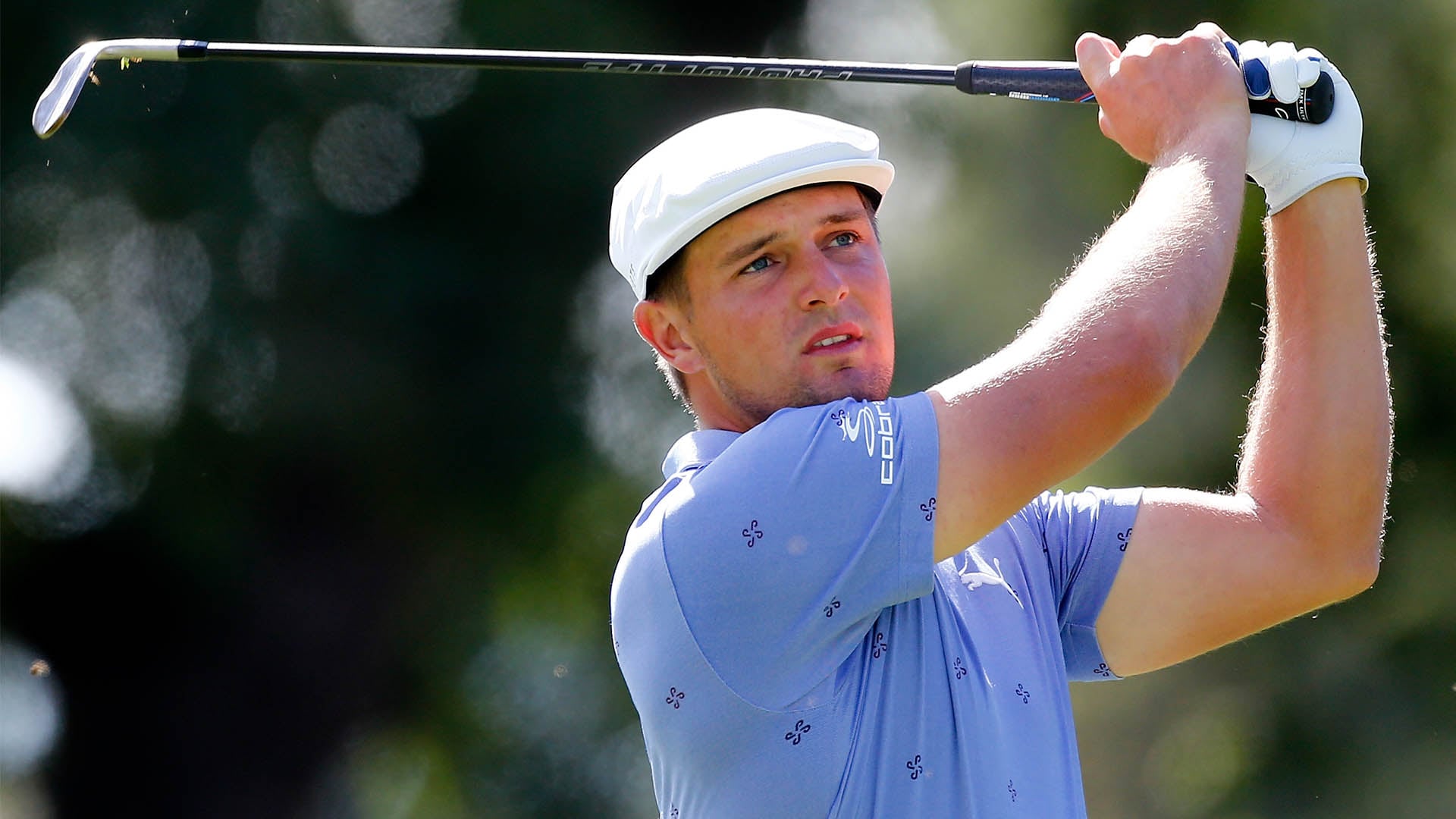 NAPA, Calif. – Bryson DeChambeau hasn't had much chance to get familiar with his wedge after changing to a graphite shaft this week. The Northern California native certainly looked comfortable enough Friday as he attacked pin after pin to surge up the leaderboard at the Safeway Open.

DeChambeau shot a bogey-free 8-under 64 on Friday to take a two-shot lead in the Safeway Open.

DeChambeau had a 12-under 132 total at Silverado Country Club. The 26-year-old matched two others for the best round of the day and was in line to extend his lead, but left a 20-foot eagle putt short on No. 18.

''It's always fun to come out and play to the potential you know you can,'' DeChambeau said. ''The greens got a little bumpy this afternoon but they're still rolling nice enough to make some putts. I was able to control my line, control my speed and have a couple of them drop in.''

DeChambeau missed the cut at the season-opening event at The Greenbrier, didn't play in last week's Sanderson Farms Championship and got off to a slow start this week with an opening-round 68 that left him four shots back. Bryson DeChambeau credits a shaft change with his wedges that has been the key for his low scores at the Safeway Open.

Nick Watney was second after a 65. Watney needed just 22 putts to complete his round and stay within range of DeChambeau.

''(The greens) are getting a little bit crispy right now, but they rolled pretty pure for me,'' Watney said.

Justin Thomas made nine birdies and matched DeChambeau with a 64 that left him tied with Nick Taylor (66), Dylan Frittelli (65), Adam Long (68) and Cameron Champ (68) at 9 under.

Scott struggled off the tee most of the afternoon and shot a 73 to fall into tie for 14th at 6 under. Landry shot 74 and drop to 5 under.

A few big names won't be playing over the weekend.

Phil Mickelson shot 69 but was doomed by an opening 75 that included a quadruple bogey. Defending champion Kevin Tway bogeyed the final hole for a 72 to miss the cut by a stroke.

''The way I see it, there were eight par 5s and I've got to play those 4 to 6 under par to have a chance to win,'' Mickelson said. ''I played them 4 over. So there's eight to 10 shots right there on simply the par 5s. It tells me that some areas are OK, but that's the area that I've got to improve on.''

Tony Romo, the former NFL quarterback and current CBS analyst, also missed the cut, following an opening 70 with a 78. If he had made the cut, he planned to skip Sunday's NFL broadcast in Chicago between the Bears and Minnesota Vikings.